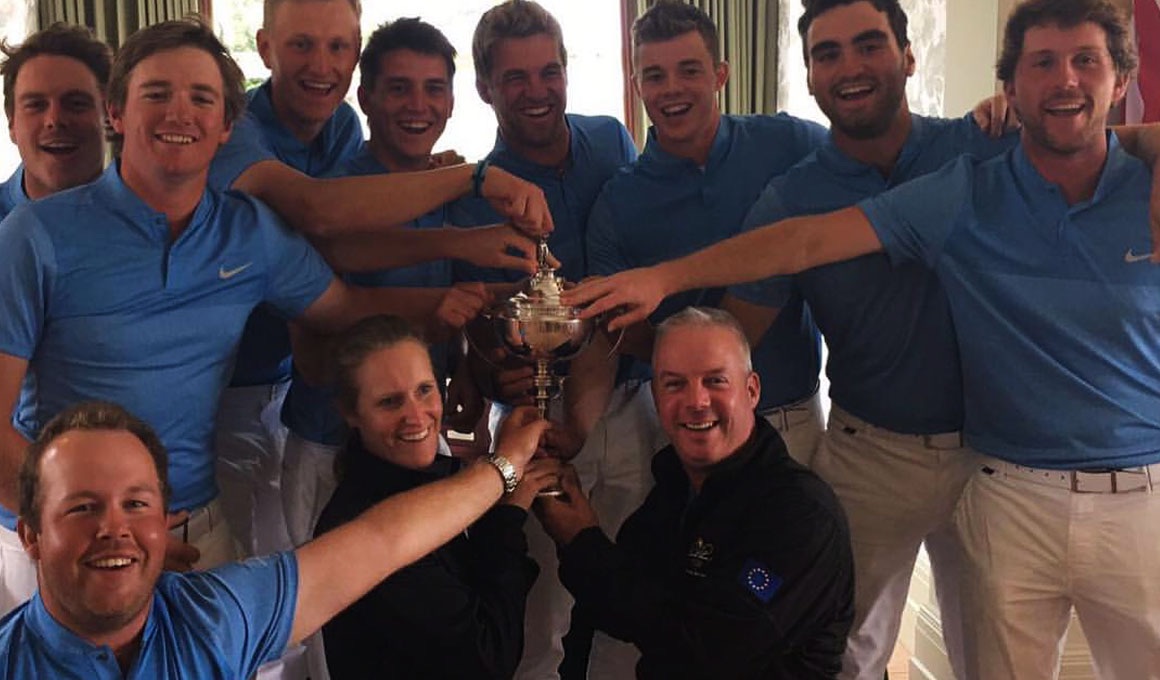 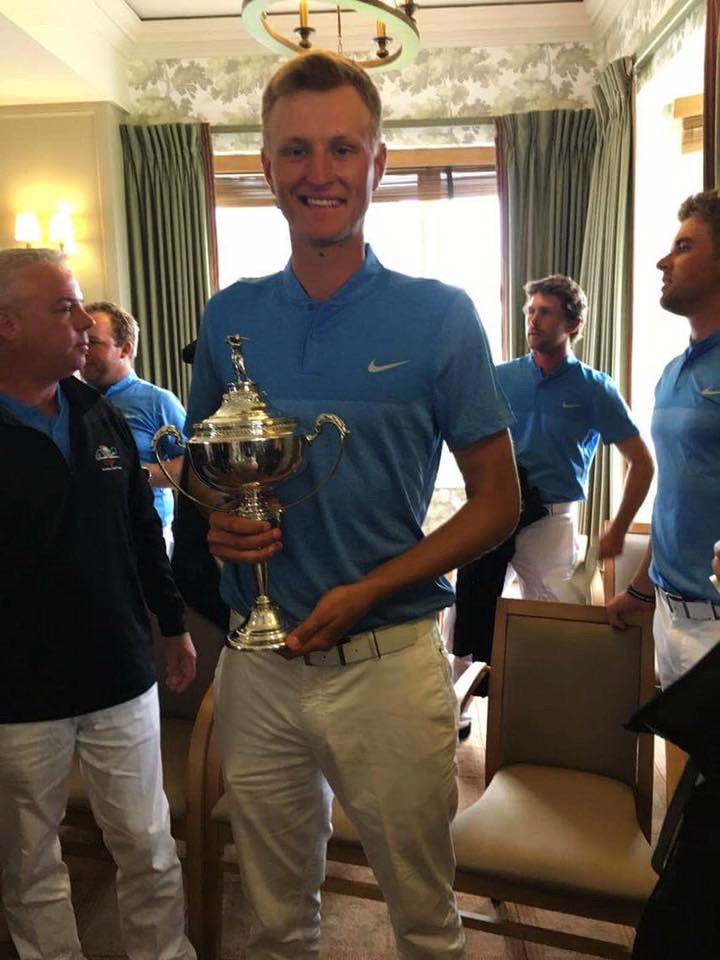 The Europeans entered the final round of singles matches with a 13-7 lead over the Americans, and Team Europe bettered Team USA for the second straight day, 5-5-4.5, to capture the Palmer Cup title.

For the second straight day, Meronk faced Chico State’s Alistair Docherty – and like they did yesterday – the pair of All-Americans halved their final match. Like Saturday’s match, neither golfer led by more than 1-up. Meronk took the early lead after posting a par on No. 1, but the Buccaneer gave the hole back to Docherty with a bogey on the par-4 No. 2. The match remained all-square until Docherty parred the par-4 No. 6, but Meronk won back-to-back holes on No. 7 and 8 to regain the lead. Again, the lead didn’t last long as Docherty birdied No. 9, but Meronk went back ahead, 1-up, with a par on No. 11. From there, Docherty went back up one after posting pars on No. 12 and 15, but Meronk’s par on No. 16 evened the match for the remainder of the round. Both gofers birdied No. 17 and parred the final hole to halve the match.

Vanderbilt’s Matthias Schwab clinched the match for Europe with his 2&1 victory over Texas’ Doug Ghim. Schwab took the lead with birdie at the third but a bogey the next hole moved the match to all square. Schwab took control of the match by winning three straight, including two straight birdies, starting at No. 8. Ghim would battle back to cut the lead to 1-down but Schwab clinched the cup with birdie at No. 17.

Meronk capped off his Palmer Cup career with an unbeaten record, as went 5-0-3 in eight overall matches.