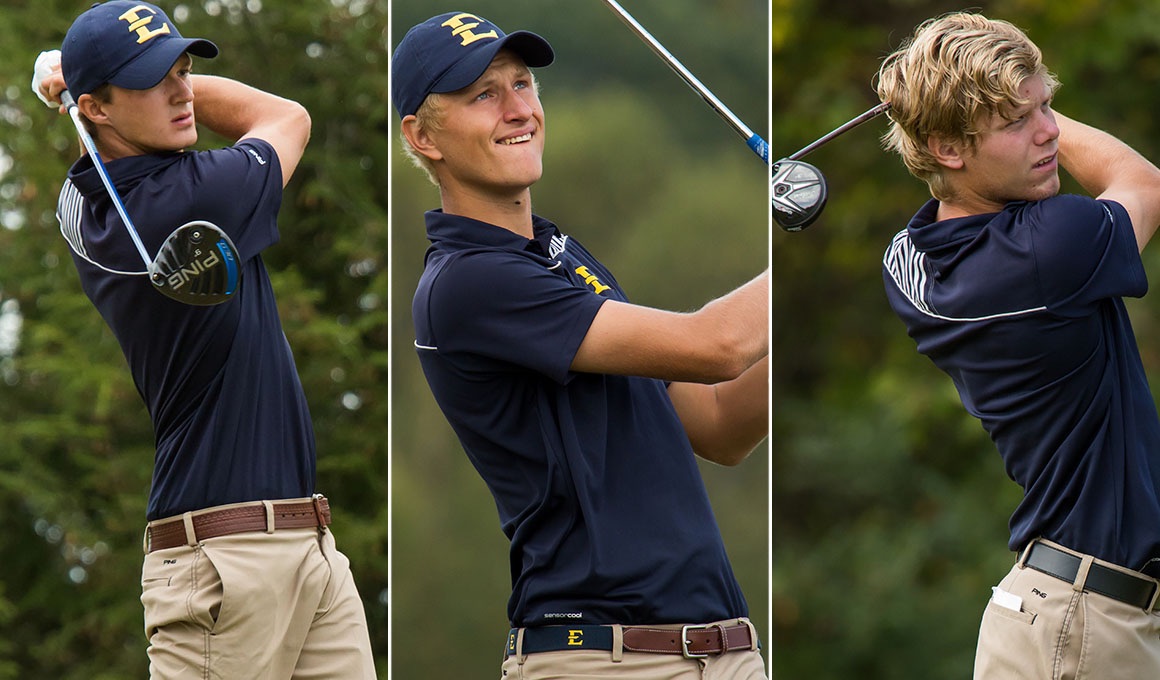 Meronk and Kristjansson joined an elite group of Buccaneers to become two-time recipients of the award as they are just the sixth and seventh players to accomplish the feat in program history. The Buccaneer duo joins Gareth Shaw, Seamus Power, Rhys Pugh, Paul O’Kane and Rhys Enoch to earn All-American Scholar honors multiple times. In addition, Meronk, Shaw and Enoch are the only players to receive this honor and All-American accolades in the same season.

This season, Meronk, Kristjansson and Gradecki helped guide ETSU to its second straight Southern Conference Championship, while advancing to the NCAA Regional for a third consecutive year and 25th time in program history. The win at Pinehurst marked ETSU’s 19th SoCon title and it was the 24th conference title in program history.

Meronk capped off his illustrious four-year career by winning his second straight SoCon Player of the Year award in 2015-16 … The Wroclaw, Poland native also earned a pair of All-American honors by PING and Golfweek, while being tabbed a semifinalist for the Jack Nicklaus Award … Meronk – who graduated with a degree in finance – was a SoCon Academic Honor Roll member and also earned a spot on the 2016 Spring Academic All-SoCon Team … Meronk became the second Buccaneer to win the Bank of Tennessee Intercollegiate as he rallied for the win in October, while also claiming medalist honors at the SoCon Championship … The pair of wins moved his career total to five, which is tied for second all-time in ETSU history … The Buccaneer leader won both SoCon Player of the Month honors and was tabbed Player of the Week three times … Meronk registered six top-3 finishes and 11 top-10 finishes ... Overall, he totaled a 70.64 scoring average in 14 tournaments played, while scoring in the 60s 16 times and posting a score of par or lower 27 times ... This summer, Meronk became the first player from Poland to advance to the semifinals at the British Amateur Championship and helped guide the Europeans to a win at the Palmer Cup … Following his strong run this summer, Meronk cracked the top-10 in both the Scratch Players World Amateur Ranking and the World Amateur Golf Ranking.

Kristjansson graduated this past spring with a degree in physics, while being placed on the SoCon Academic Honor Roll and the Spring Academic All-SoCon Team … Kristjansson recorded three top-10 finishes this past season en route to earning All-SoCon honors … The Icelander finished third at the Inverness Intercollegiate, fifth at the NCAA Regional and tied for 10th at the SoCon Championship … Kristjansson registered the second-lowest stroke average on the team (72.90), while posting four rounds in the 60s and 15 rounds of par or better … His lowest round this season was a 68, which he accomplished four times – including in the final round of the NCAA Regional.

Gradecki, a sport management major, was placed on the SoCon Academic Honor Roll and the Spring Academic All-SoCon Team … This season, Gradecki played in all 13 tournaments for the Bucs, while posting a 73.46 stroke average … The Buccaneer rising senior recorded two top-10 finishes as he tied for fifth at the SoCon Championship and finished tied for seventh at the Mason Rudolph Championship … The fifth-place finish at the SoCon marked his best collegiate placing … Gradecki totaled 13 rounds of par or better with his lowest round being a 69, which was accomplished twice (Warrior Princeville Makai Invitational and Mason Rudolph Championship) … He registered 104 birdies on the season and ranked second on the team in pars per round (11.15).

To be eligible for Cleveland Golf/Srixon All-America Scholar status an individual must be a junior or senior academically, compete in at least three full years at the collegiate level, participate in 50-percent of his team’s competitive rounds, have a stroke-average under 76.0 in Division I, 78.0 in Division II, 77.0 in NAIA and 79.0 in Division III, and maintain a minimum cumulative career grade-point average of 3.2. A recipient must also be of high moral character and be in good standing at his college or university.