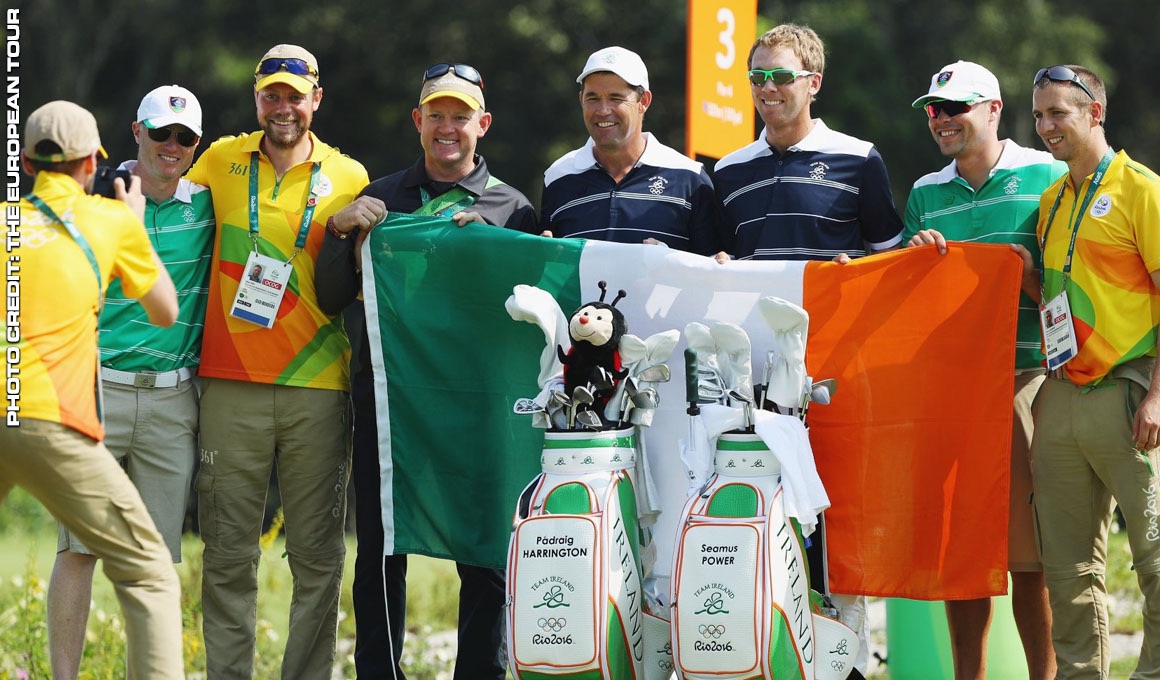 Bucs excited for Power to play in Olympics
Related Links

“Seamus is freakishly athletic,” said Peter Wilson, who was Power’s teammate and roommate at ETSU. “During practice, he would take a lefty driver and hit it 300 yards. For him to make the Olympics will undoubtedly be a major highlight in his career. We all couldn't be happier to see Seamus representing ETSU in Rio, and know that he'll make his former teammates, Coach Warren, and everyone back in Johnson City proud.”

Power and three-time major champion Padraig Harrington make up the two golfers from Ireland who are gearing up for the return of golf in the Olympics as first round play gets underway Thursday morning at the Rio Olympics Golf Course.

Power was given the opportunity to play in the Olympics after fellow countrymen Rory McIlroy (a former ETSU signee), Graeme McDowell and Shane Lowry withdrew themselves from consideration.

The field of 60 golfers from 34 countries will play a 72-hole, stroke play competition over the next four days to decide who will be awarded gold, silver and bronze medals on Sunday.

ETSU head coach Fred Warren still talks to Power and he’s extremely proud to have one of his former players compete in the Olympics.

“I couldn’t be prouder to have Seamus represent Ireland in the Olympics,” said Warren. “Seamus is a terrific competitor and one of the hardest workers. He was one of the most positive players I have ever coached. He believes in himself and has exceptional talent. It’s an unbelievable honor to play in the Olympics and we are excited for him.”

Since graduating from ETSU, Power turned pro in 2011 and has spent the past two seasons on the Web.com Tour. The Waterford, Ireland, native has posted five top-10 finishes – including his first win this past May at the United Leasing & Finance Championship. Following the win, Power moved into the top-10 on the Web.com Tour money list and is likely to finish in the top-25, which will earn him a PGA Tour card next season.

This week, Power will get an up-close look at some of his future competition as the Olympic men’s golf field features the likes of Bubba Watson, Rickie Fowler, Henrik Stenson, Sergio Garcia, Justin Rose, Matt Kuchar and Martin Kaymer.

Power’s former Buccaneer teammates are excited to see what he can do this weekend.

“It’s quite an accomplishment to have Seamus play in the Olympics,” said Shaw, who played the 2006-07 and 2007-08 seasons with Power. “Seamus will be giving it his all to win. He was a great teammate at ETSU and I am looking forward to watching him come Thursday.”

Former Buccaneer All-American Player and All-American Scholar Rhys Enoch (2008-12) – who is currently playing on the European Challenge Tour – played three seasons with Power and he enjoyed the time spent with him at ETSU.

“Seamy is a great guy. He always has a smile on his face and is looking for a laugh,” said Enoch. “He is very competitive and was a great guy to have around on our team at ETSU. It's an amazing achievement to represent your country in the Olympics and I couldn't be happier for him – and also a little jealous – to be in the Olympic Village for the next couple of weeks.”

“This is such a fantastic achievement for Seamus,” added Stewart, who is playing in a mix between the European Challenge Tour and the EuroPro Tour. “It’s pretty inspirational to see someone you spent so much time with at school be able to achieve what he's done in the past 18 months. We still keep in touch a little. There are a few of us who went to ETSU that are in a group chat together, and he seems to be in good spirits. Seamus is a great player, extremely hard working and very smart, so there's no doubt in my mind he'll continue to succeed in his golf career.

Stewart’s favorite golf story regarding Seamus came in his freshman year while playing at The Bank of Tennessee Intercollegiate.

“My favorite golf story about Seamus came in my first year at ETSU,” Stewart said. “We were playing our home tournament when he stopped his backswing at P2 (position 2 just after the take away) and then continued his swing from there to hit the ball. That move shows how strong his mind actually works and how talented he is.”

Fellow Ireland native Cian McNamara (2005-08) played two seasons with Power and he’s elated for both him and Coach Warren.

“It’s great to see Seamus playing in the Olympics this week,” said McNamara. “Seamus is a great representative of ETSU, West Waterford Golf Club and also Ireland. Coach Warren has played a huge role in Seamus’ career and I am delighted to see them both get the rewards.”