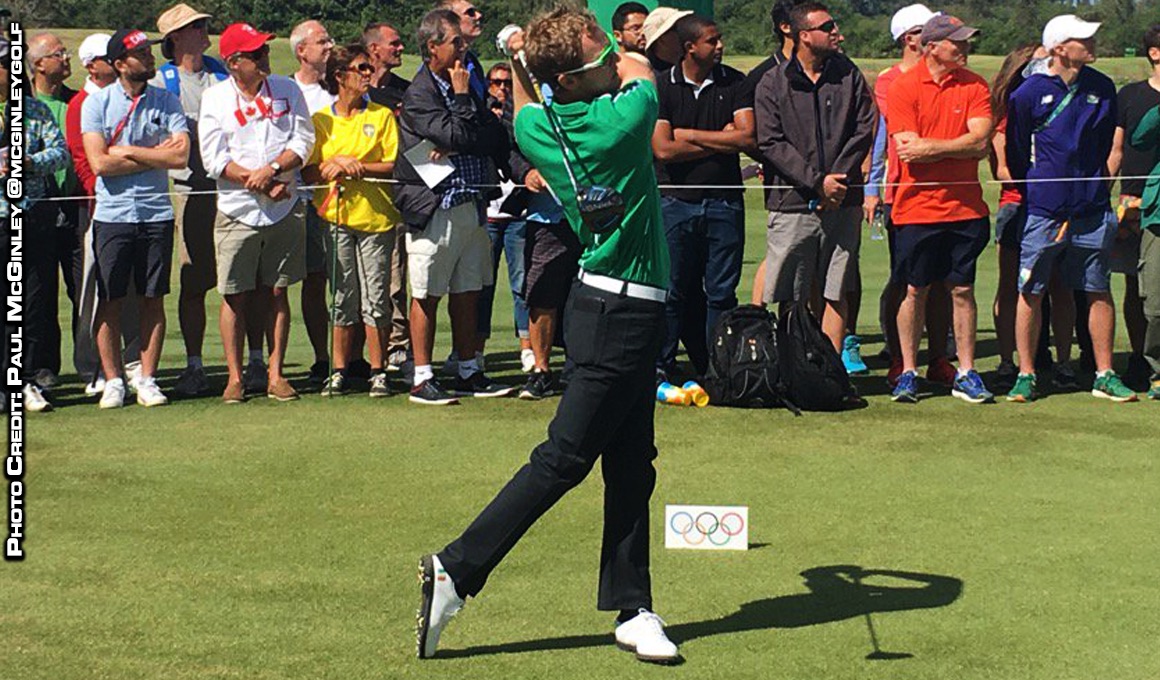 Seamus Power teeing off at the Olympics on Thursday. (Photo Credit: Paul McGinleyVerified account @mcginleygolf)
Power cards a 71 in opening round of the Olympics
Related Links

Power – who played for the Buccaneers from 2007-10 – totaled two birdies, 14 pars and two bogeys en route to placing him in a tie for 27th in the 60-player field after 18 holes of competition.

Australia’s Marcus Fraser sits atop the leaderboard at 8-under 63, while reigning Open Champion Henrik Stenson and Canada’s Graham DeLaet are tied for second at 5-under 66.

Following opening round play, Power finds himself ahead of Patrick Reed (+1), Bubba Watson (+2) and Rickie Fowler (+4).

Power will again be paired with S.S.P Chawrasia (India) and Wen-Tang Lin (Chinese Taipei) on Friday as they tee off at 7:52 ET. The Golf Channel will provide live television coverage of all four rounds.