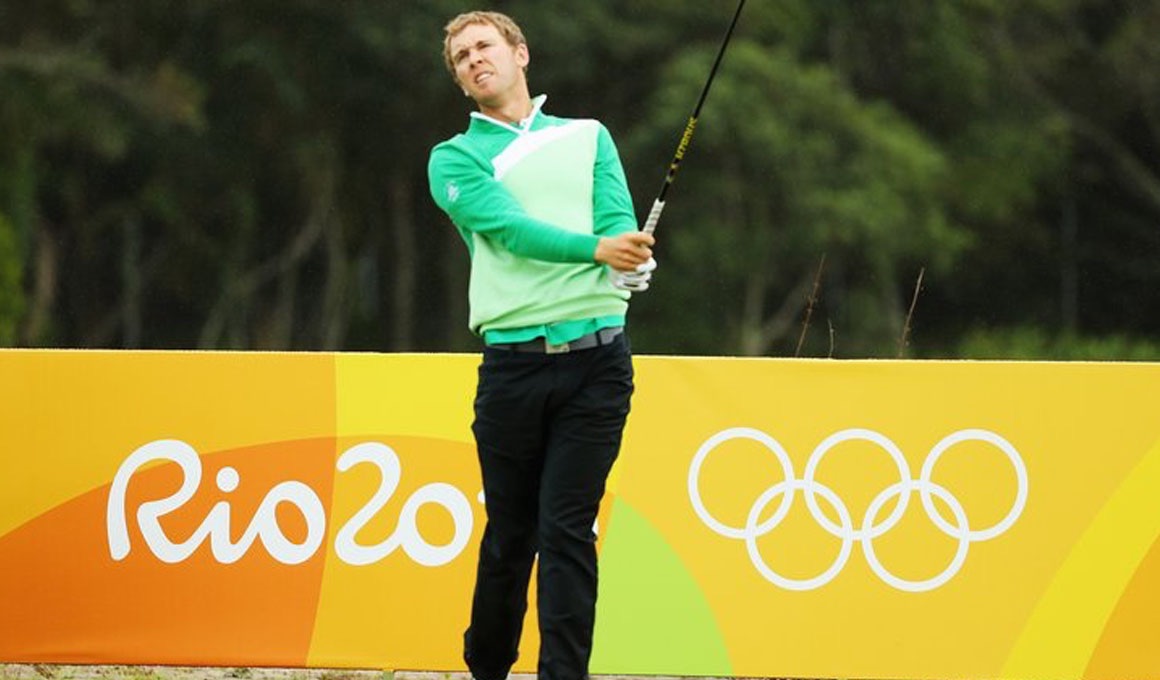 Former Buccaneer standout fires a 4-under 67 on Friday

RIO DE JANEIRO (Aug. 12, 2016) – The wet and windy conditions made Seamus Power (Waterford, Ireland) feel right at home early in the second round of the Olympic men’s golf tournament on Friday.

The former ETSU men’s golf standout used the elements to his advantage as he fired a 4-under 67 to move into a tie for 10th at 4-under-par 138 following 36 holes from the Rio Olympics Golf Course.

“I made a few more putts today. I still didn’t finish how I wanted, which is a little disappointing,” said Power in an interview with the Golf Channel following his round. “I hit it pretty solid – especially early on in the rain – and I hung in there by making some putts. That was pretty much the difference.”

Power, who entered the day tied for 27th, got off to a strong start as he birdied the par-5 fifth and the par-4 seventh. The momentum carried over on the back nine as the Waterford, Ireland native, registered back-to-back birdies on No. 10 and 11 en route to moving to 4-under for the round. Following three consecutive pars, Power walked away with a bogey on the par-4 15th, but he quickly rallied back with an eagle on No. 16. After Power’s drive landed within yards of the green on the 288-yard par-4, the Irishman chipped in for eagle to get to five under. Power gave one back with another bogey on the par-3 17th, but he responded with a par on the final hole to post the third lowest score of the round.

Australia’s Marcus Fraser continues to hold his lead atop the leaderboard at 10-under-par 132, while Belgium’s Thomas Pieters is one shot back and reigning Open Championship winner Henrik Stenson is third at 8-under-par 134. New Zealand’s Danny Lee went low in round two, as he carded a 6-under 65 and is tied for sixth at 5-under-par 137.

Following his round on Friday, Power was asked how it feels playing in the Olympics.

“It’s fantastic,” said Power. “It’s such a different feel than a regular tournament. There’s so much support. The whole country is behind you and I also have some family members here. It’s been great.”

Third round action gets underway Saturday morning at 6:30 ET, while Power goes out at 9:25 ET. Power is paired with Emiliano Grillo (Argentina) and Nicolas Colsaerts (Belgium).

The Golf Channel will provide live television coverage of all four rounds.

.@Power4Seamus post round interview after recording the low round of the day of 67 (-4). #Rio2016 #ETSUTough pic.twitter.com/2KRqTc0gda