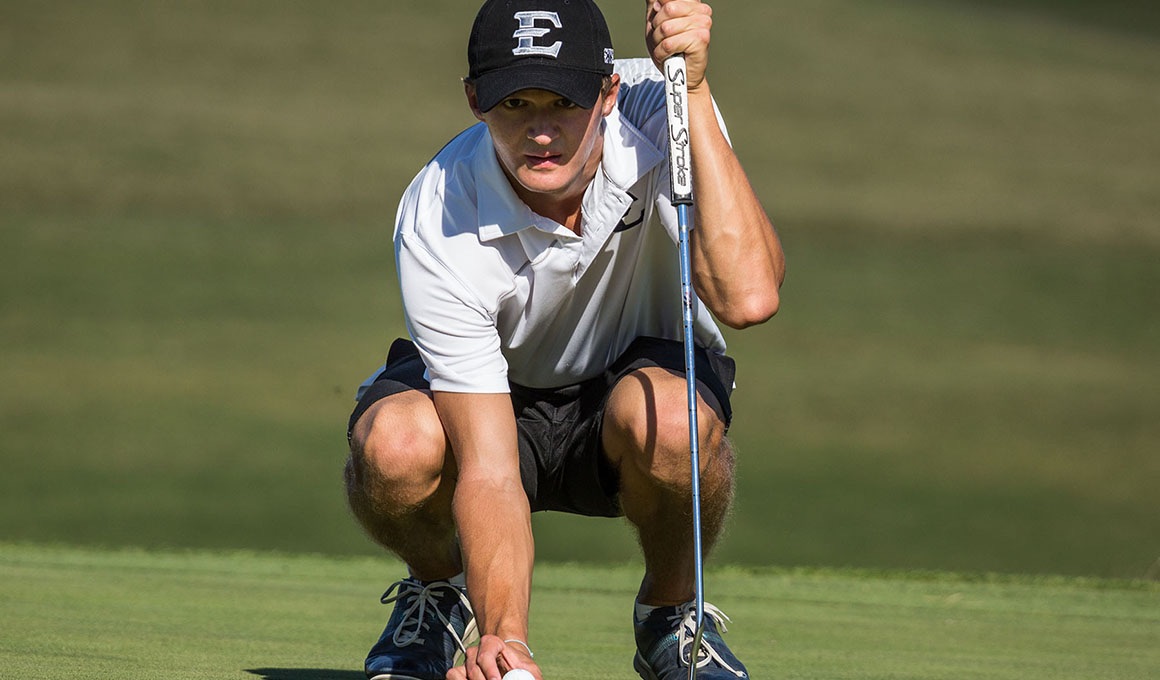 DURHAM, N.C. (Sept. 10, 2016) – The ETSU men’s golf team wrapped up day one of the Rod Myers Invitational on Saturday as the Buccaneers sit in eighth-place as second round play was suspended due to darkness from the Duke University Golf Club.

Wake Forest’s Will Zalatoris and North Carolina’s Joshua Martin were the last two golfers on the course when play was halted on Saturday evening. The pair of golfers will wrap up play on Sunday morning with the final round getting underway shortly after they putt out on No. 18.

ETSU – who graduated a pair of senior leaders last spring – is playing its season opener with four freshmen and one senior this weekend, and the Bucs were led by newcomer Ben Reichert (East Amherst, N.Y.) on Saturday. Reichert is tied for 19th at 1-over-par 145 (74-71), while fellow freshman Kevin Burns (Canton, Ga.) and senior Mateusz Gradecki (Oborniki Slaskie, Poland) are tied for 33rd at 4-over-par 148.

Burns enjoyed a solid round in his collegiate debut as he birdied five straight holes on the front nine en route to carding a 1-under 71 after 18 holes of play. However, after positioning himself in the top-10 in the morning, Burns posted a 5-over 77 in round two to move into a tie for 33rd.

Meanwhile, Reichert followed up his 2-over 74 in round one with a 1-under 71 in the nightcap to leap 20 spots up the leaderboard into the tie for 19th. Reichert played the front nine of second round play at 4-under, but posted a triple-bogey on the par-4, 454-yard No. 10 to move back to 1-under. Following a bogey on the par-5, 550-yard 14th, Reichert birdied his final hole of the day to register a 71.

Liberty’s Kieran Vincent totaled consecutive rounds of 5-under 67 and is the clubhouse leader at 10-under-par 134, while Zalatoris – the 18-hole leader – is three shots back at 7-under-par.