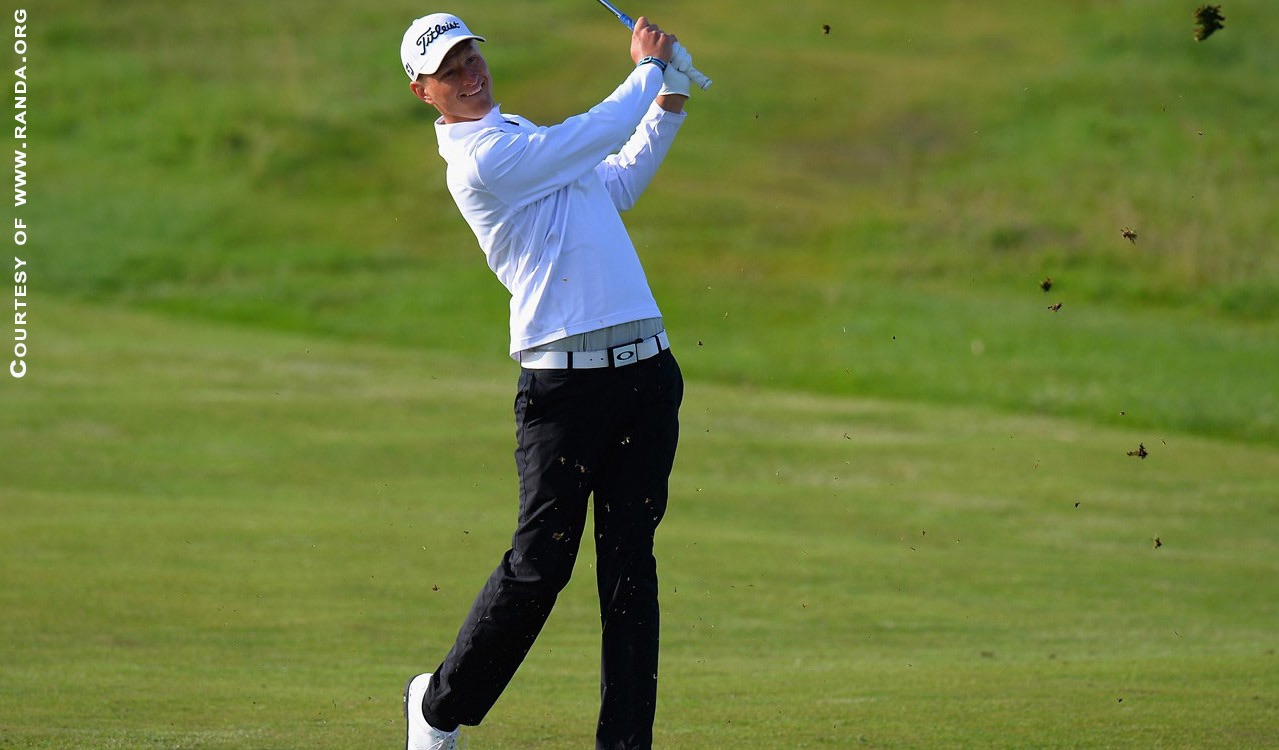 RIVIERA MAYA, MEXICO (Sept. 21, 2016) – Adrian Meronk (Wroclaw, Poland) got Poland off to a strong start at the World Amateur Team Championships on Wednesday, as the former ETSU men’s golf All-American fired a 6-under-par 66 and is tied for the individual lead after first round play from the Iberostar Playa Paraiso and Mayakoba El Camaleon Golf Clubs.

Overall, the Bucs showed well in on day one as senior Mateusz Gradecki (Oborniki Slaskie, Poland) – who is playing with Meronk on Team Poland – and former ETSU all-conference standout Gudmundur Kristjansson (Reykjavik, Iceland) are also representing the Blue and Gold this weekend in Mexico.

Kristjansson is tied for 34th at 1-under-par 70, while Gradecki posted and even-par 72 and is tied for 56th. Both Gradecki and Meronk played the par-72 Iberostar Playa Paraiso Course, while Kristjansson started the tournament at the Mayakoba El Camaleon Golf Club.

Meronk totaled seven birdies, 10 pars and one bogey in round one, and is tied Scotland’s Connor Syme at 6-under. Meronk, a two-time Southern Conference Player of the Year, birdied three straight holes starting on the par-3 No. 3, while carding consecutive birdies on No. 9 and 10.

A group of four golfers are one shot back at 5-under 67, while seven golfers are two strokes off the lead at 4-under 67.

Kristjansson played the front nine at even-par and was sitting 3-under thru 15 holes, but the Reykjavik, Iceland native bogeyed two of his final three holes to finish with the 70. Meanwhile, Gradecki was the exact opposite on Wednesday as he bounced back from a slow start to birdie four of his final five holes en route to moving to even-par for the round. Gradecki was sitting 4-over thru 13 holes, but the Buccaneer leader caught fire as he birdied three straight holes on No. 14, 15 and 16, while ending his round with another birdie to move up the leaderboard.

Meronk and Gradecki gave Team Poland the countable scores for round one, and they sit in a three-way tie for fourth at 6-under-par 138. Scotland holds the team lead after 18 holes of competition at 10-under-par 134, while Australia is one shot back in second and Spain is two strokes back in third. Poland is tied with Thailand and Ireland, while the United States, France, Switzerland and Japan are all tied for seventh at 5-under-par 137. Iceland is tied for 22nd at 1-under-par 141.