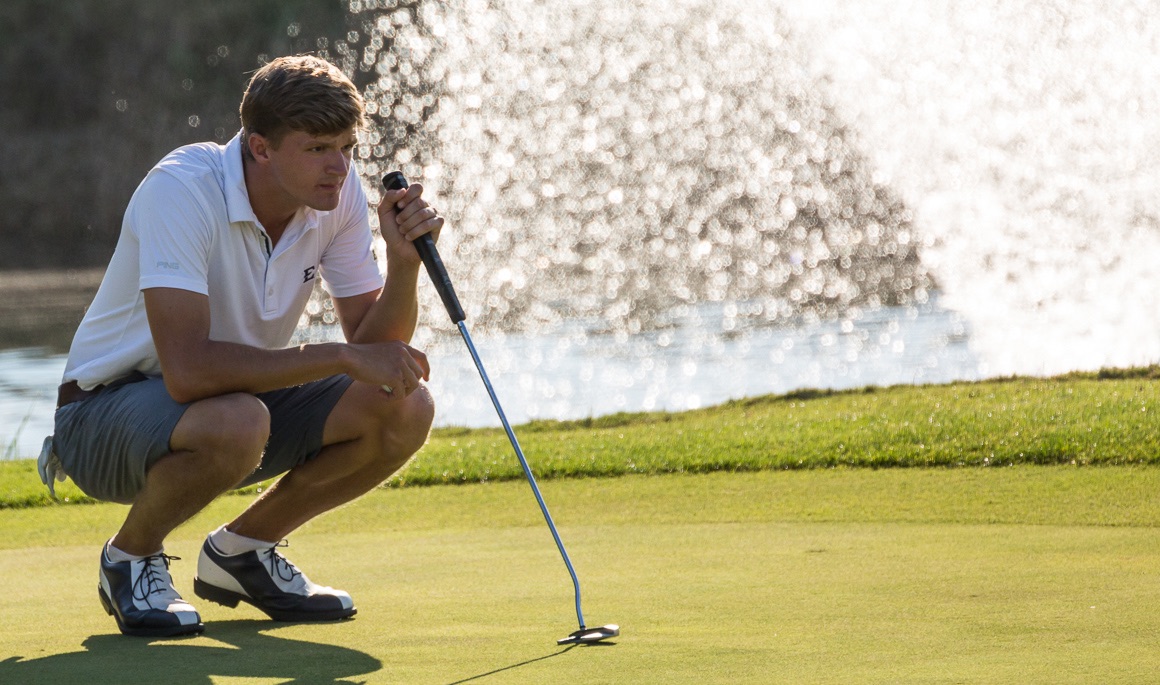 The Bucs – who began the morning in fourth and eventually held the lead during stints in Saturday’s round – shot a 6-under 282 and are 13-under-par 563 for the tournament. Meanwhile, No. 24 Missouri is three shots ahead in second, but Virginia – who set a tournament record with a 19-under-par 269 – sits atop the leaderboard at 27-under-par 549. The 12th ranked Cavaliers held the previous single-round record, which was 16-under 272, set in the second round of the 2013 tournament.

“The guys did a great job today and I am encouraged with how we have played,” said head coach Fred Warren, whose team leads the tournament in par-5 scoring after two rounds of play. “We are a young team, so I am pleased with our play over the last two days. The goal each round is to play our best and we have done that this weekend. We have played with really good teams the last two days, and with us being in the top-three, we will do the same tomorrow. Being paired with the top teams has been a really good experience for our team.”

After tying his lowest collegiate round with a 4-under 68 on Friday, Gradecki followed suit again and is tied for third at 8-under-par 136, while Reichert bounced back with a 3-under 69 and is tied for 33rd at even-par 144. Reichert opened the round with a 3-over 75 on Friday. Gradecki was 4-under after carding an eagle on the par-5, No. 8, but he gave those strokes back with a double-bogey on the par-4, 9th. However, the Buccaneer senior regrouped and played the back nine at two under to keep himself in contention. Reichert collected five birdies, two bogeys and 11 pars on Saturday to leap 28 spots up the leaderboard. Overall, Reichert and Gradecki have combined for 17 birdies and 45 pars over the first two rounds of the tournament.

“Yesterday was a struggle, but today was solid,” said Reichert. “It definitely could’ve been better. I missed four or five birdie putts inside 10 feet. It still felt good to bounce back – and if I can have another round like this – then hopefully I can get a decent finish of it. Overall, the team has been playing well, and we have given ourselves a chance to be in the final group tomorrow.”

Virginia’s Derek Bard holds the individual lead after 36 holes at 11-under-par 133, while Penn State’s Charles Huntzinger is one shot back at 10-under. Bard – ranked No. 28 in the World Amateur Golf Rankings – shot a 5-under 67, while teammate Thomas Walsh went low with a 7-under 65. The 65 was one shot off from tying the lowest round in tournament history.

Red-shirt freshman Trevor Hulbert (Orlando, Fla.) posted a 3-under 69 on Saturday and is tied for 23rd at 2-under-par 142. Hulbert – who shot his lowest collegiate round with the 69 – is playing as an individual.

Live scoring for the tournament is available via Golfstat.com. Full recaps with scores will be available on ETSUBucs.com after each day.