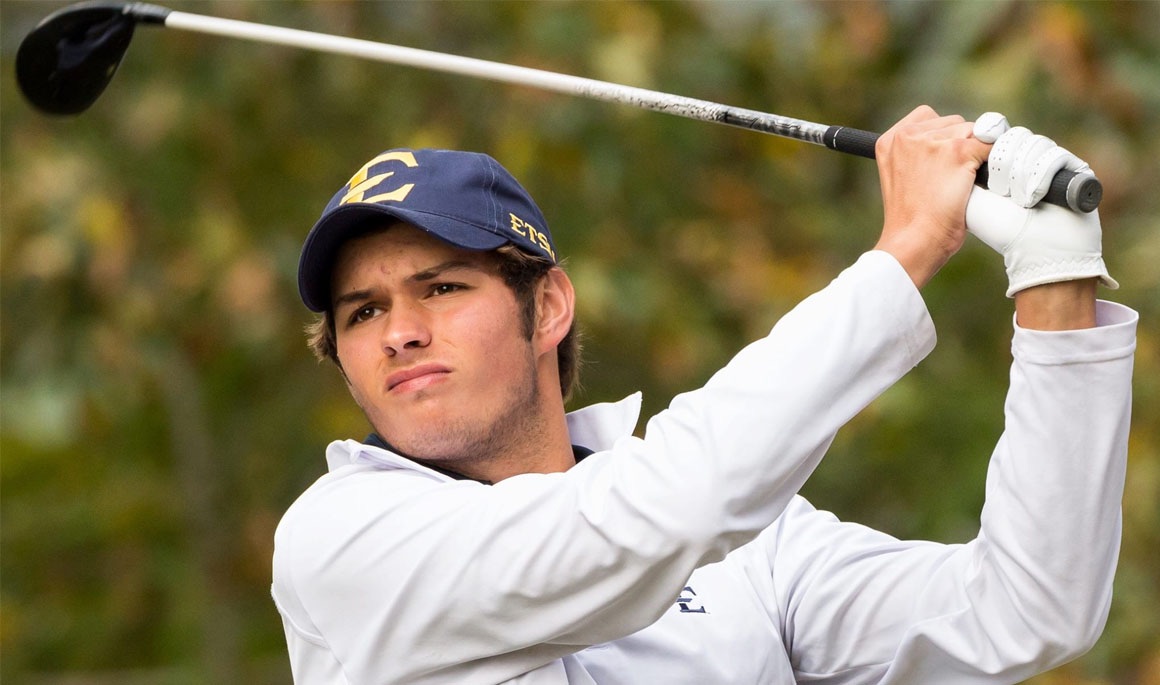 ALPHARETTA, Ga. (Oct. 21, 2016) – Playing in one of the toughest fields on the college golf circuit, ETSU freshman Ben Reichert (East Amherst, N.Y.) got off to a strong start as he sits in the top-10 after round one of the Golf Club of Georgia Collegiate, which got underway Friday at both the Lakeside and Creekside Courses.

Reichert paced the Buccaneers on Friday as he carded a 1-under-par 71 and is in a nine-way for eighth. The East Amherst, N.Y. native posted one eagle, three birdies, 10 pars and four bogeys on the Creekside Couse. Reichert collected his second collegiate eagle as he carded a three on the par-5, 515-yard No. 5, and quickly moved to 2-under for the round with a birdie on the par-4, 385-yard No. 6. After playing the front nine at 1-under, Reichert recorded two birdies, four pars and a bogey on his first seven holes on the back nine to get back to 2-under for the round; however, the Buccaneer rookie bogeyed the par-4 17th to finish with the 71.

Reichert sits four shots off the lead as Virginia’s Jimmy Stanger fired a 5-under-par 67 and holds a one-shot lead over a group of three golfers.

Oklahoma holds the team lead after 18 holes of play as the eighth-ranked Sooners shot a 5-under-par 283 and lead No. 26 Duke by two strokes and No. 7 Virginia by six shots.

The Bucs’ other countable scores on Friday came from senior Mateusz Gradecki (Oborniki Slaskie, Poland), sophomore Geuntae Kim (Daegu, South Korea) and red-shirt freshman Trevor Hulbert (Orlando, Fla.). Gradekci is tied for 43rd (+3), Kim is tied for 63rd (+4) and Hulbert is tied for 75th (+6). Gradecki – who finished tied for second at last weekend’s Bank of Tennessee Intercollegiate – also eagled No. 5, but after sitting even-par at the turn, the Buccaneer senior played the first four holes on the back nine at 4-over before ending his round with a birdie on No. 18. Meanwhile, Kim finished on the positive note as he played the back nine at even-par.

The field is traditionally one of the strongest in college golf, and 14 of the 17 teams this year are in the current Golfstat top 50. Six of those are ranked among the top 10, with four others in the top 25. Individually, six individuals in this weekend’s field are ranked in the top-10 of the Golfweek rankings, 12 in the top-25 and 18 in the top-50.

This marks the 12th straight year the Bucs are playing in this tournament.

ETSU is grouped with Duke and Texas A&M in Saturday’s second round. The Bucs tee off at 10:50 a.m., on the Lakeside Course.