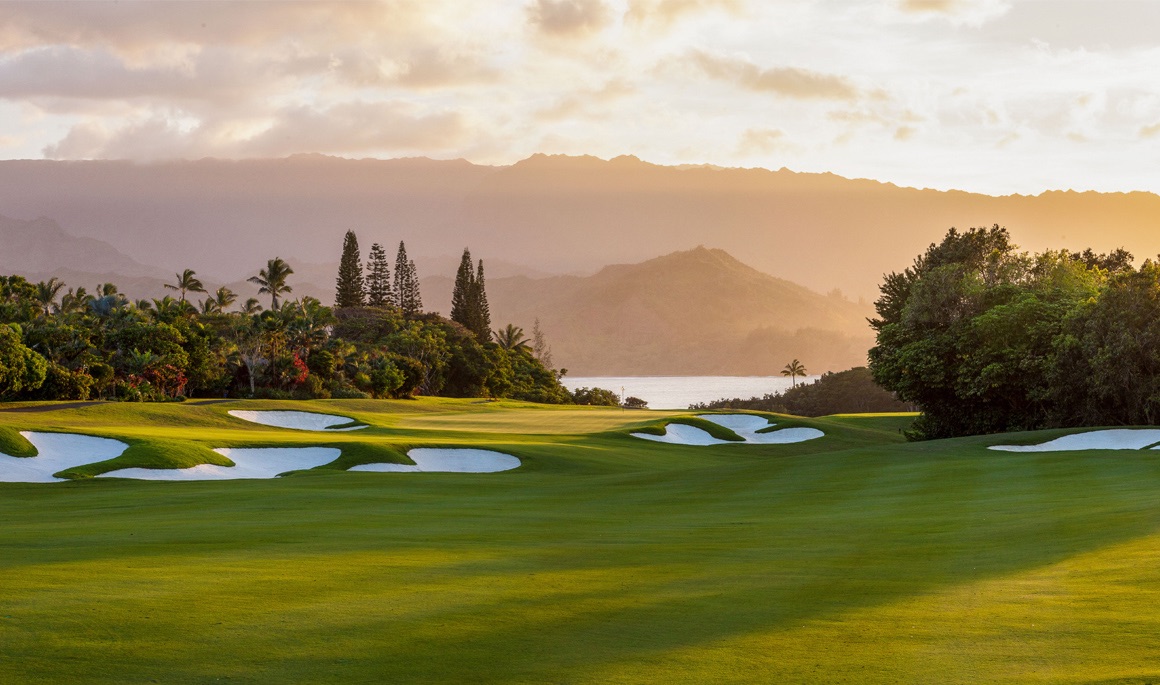 KAUAI, Hawaii (Oct. 29, 2016) – The ETSU men’s golf team wraps up its fall season this week as the Bucs head to Hawaii to play in the Warrior Princeville Makai Invitational, which begins Sunday at the Princeville Makai Golf Club.

ETSU is coming off its stint at the Golf Club of Georgia Collegiate where 14 of the 17 teams were ranked in the top-50.

Freshman Ben Reichert (East Amherst, N.Y.) led the Blue and Gold for the third time this fall season at the Golf Club of Georgia Collegiate, while senior Mateusz Gradecki (Oborniki Slaskie, Poland) – who finished runner-up at the Bank of Tennessee Intercollegiate earlier this month – looks to finish the fall season on a positive note.

Gradecki and Reichert are the top-two scoring leaders for the Bucs … Gradecki leads the team with a 72.75 stroke average, while Reichert is right behind at 72.92.

The Warrior Princeville Makai Golf Invitational is a three-day tournament with rounds being played Sunday, Oct. 30, Monday, Oct. 31 and Tuesday, Nov. 1 … Each round begins with a shotgun start at 2 p.m. ET.

The tournament will be played at the Pinceville Makai Golf Club, which is a par-72, 7,223-yard course layout.

Alabama won the 2015 team tile, but the Crimson Tide will not be playing in this year’s tournament.

This marks the fifth straight year ETSU will be playing in this tournament … The Bucs’ best finish came in 2012 when ETSU placed fourth out of 16 teams.

Individually, two golfers are ranked in the top-20, three in the top-40 and five in the top-70 of the Golfweek Rankings.

ETSU is paired with Hawaii, Ole Miss and Sam Houston State on Sunday … The Bucs tee off Friday at 2 p.m.