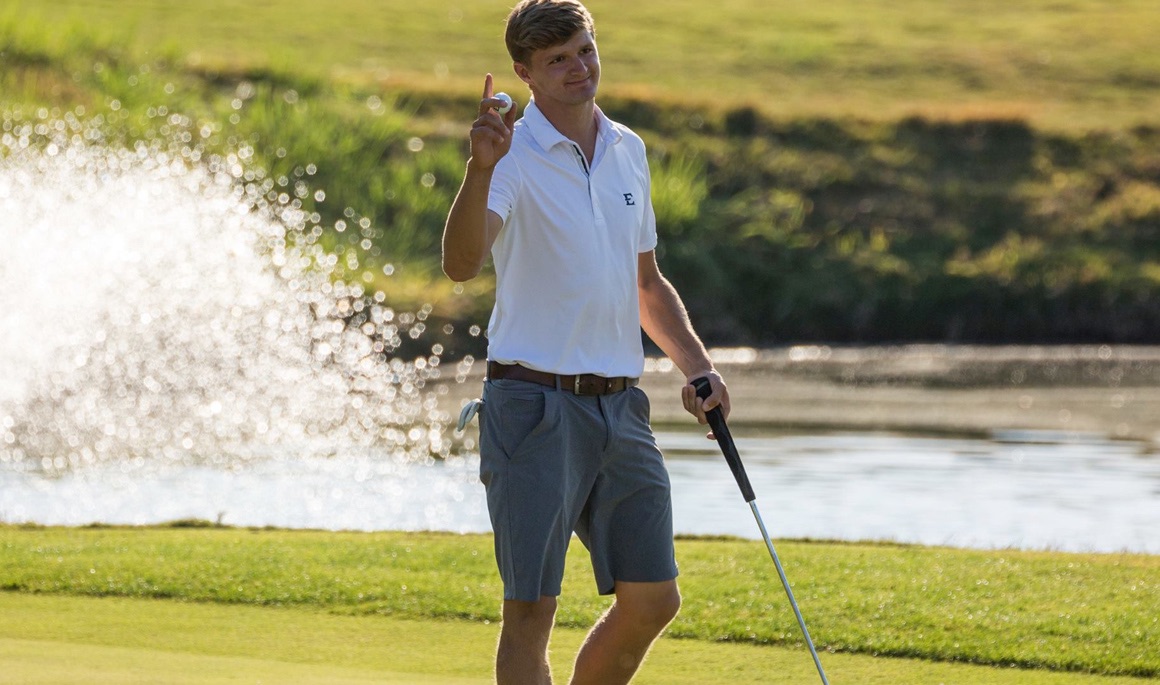 ETSU senior posts lowest collegiate round at 7-under 65

KAUAI, Hawaii. (Oct. 30, 2016) – ETSU senior Mateusz Gradecki (Oborniki Slaskie, Poland) sits atop the leaderboard after first round play at the Warrior Princeville Makai Invitational, as the Buccaneer leader posted his lowest collegiate round with a 7-under-par 65 on Sunday from the Makai Golf Club at Princeville.

Gradecki was flawless on Sunday as totaled seven birdies and 11 pars to grab the 18-hole lead in Hawaii. The Oborniki Slaskie, Poland native began and ended his round with birdies, while he enjoyed a run where he collected five birdies over an eight-hole stretch to start the day. Gradecki – who started his round on the par-5, 611-yard No. 2 – registered back-to-back birdies on No. 5 and 6, No. 8 and 9, and No. 18 and No. 1. The 65 bested his previous collegiate score by three strokes, while it also marks the lowest round by a Buccaneer since Gudmundur Kristjansson carded a 63 in the first round of the Seminole Intercollegiate back on March 13, 2015.

Following the round, Gradecki talked about his day and how he enjoys the course.

“I am really happy with my round today,” said Gradecki. “I started really well as I was 5-under thru eight holes and that strong start gave me a lot of confidence. Everything was working for me today and I didn’t hit many bad shots.

Gradecki takes a one-shot lead into Monday’s second round play as Missouri’s Hayden Buckley and Utah Valley’s Blair Bursey are tied for second at 6-under 66. A group of four golfers are tied for fourth at 4-under 68.

Freshman Ben Reichert (East Amherst, N.Y.) is tied for 29th at 1-over 73, while sophomore Geuntae Kim (Daegu, South Korea) and freshman Zack Ford (Cochranton, Pa.) are tied for 53rd at 3-over 75.

The Bucs are paired with Sam Houston State Pepperdine and Cal Poly on Monday, and tee off at 2 p.m.