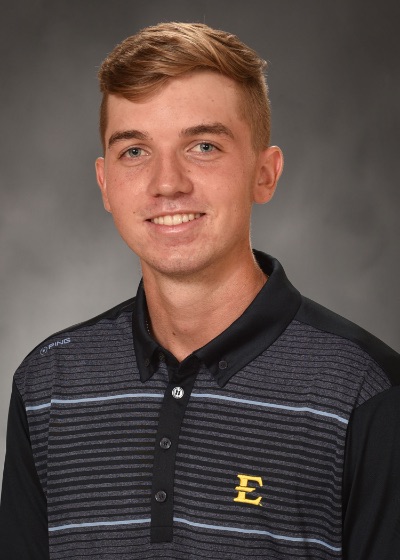 Trevor Hulbert posted a top-20 finish to lead ETSU at the Schenkel Invitational.

Hulbert finished the 54-hole tournament tied for 18th at 2-under-par 214, while the Blue and Gold placed 12th at 11-over-par 875 (284-293-298). Following back-to-back rounds of 3-under 69, Hulbert posted a 4-over 76 on Sunday to move 10 spots down the leaderboard. Despite recording a triple-bogey on his second hole of the round, Hulbert bounced back as he played the next 10 holes at 4-under en route to getting to 7-under for the tournament. Unfortunately, Hulbert bogeyed five of his final six holes to finish at 214 on the weekend. Hulbert – whose 16 birdies tied for the second-most of the tournament – posted his best collegiate finish.

Vanderbilt’s Patrick Martin rallied to earn medalist honors as he carded a three-day total of 12-under-par 204. Martin entered the final round tied for eighth and five shots off the lead, but 16th-ranked golfer went low as he fired a 6-under 66 to capture the win by two shots. UAB’s R.J. Keur finished runner-up at 10-under-par 206, while Florida’s Sam Horsfield (No. 70) placed third at 9-under-par 207.

Horsfield and the fifth-ranked Gators rallied for the team win as Florida jumped tournament host Georgia Southern and top-ranked Vanderbilt on Sunday. Florida registered three straight rounds of 6-under 282 to finish at 18-under-par 846, and edged Georgia Southern by two shots and Vanderbilt by three.

Sophomore Geuntae Kim (Daegu, South Korea) led the Bucs on Sunday as he posted an even-par 72, and finish tied for 37th at 4-over-par 220 with teammate Mateusz Gradecki (Oborniki Slaskie, Poland). Freshman Zack Ford (Cochranton, Pa.) gave the Blue and Gold a countable score in the final round as he shot a 2-over 74 and finished 58th at 10-over-par 226.

After playing back-to-back weekends, the Bucs return to action on Friday, March 31 when ETSU heads to Franklin, Tenn. to play in the Mason Rudolph Invitational.