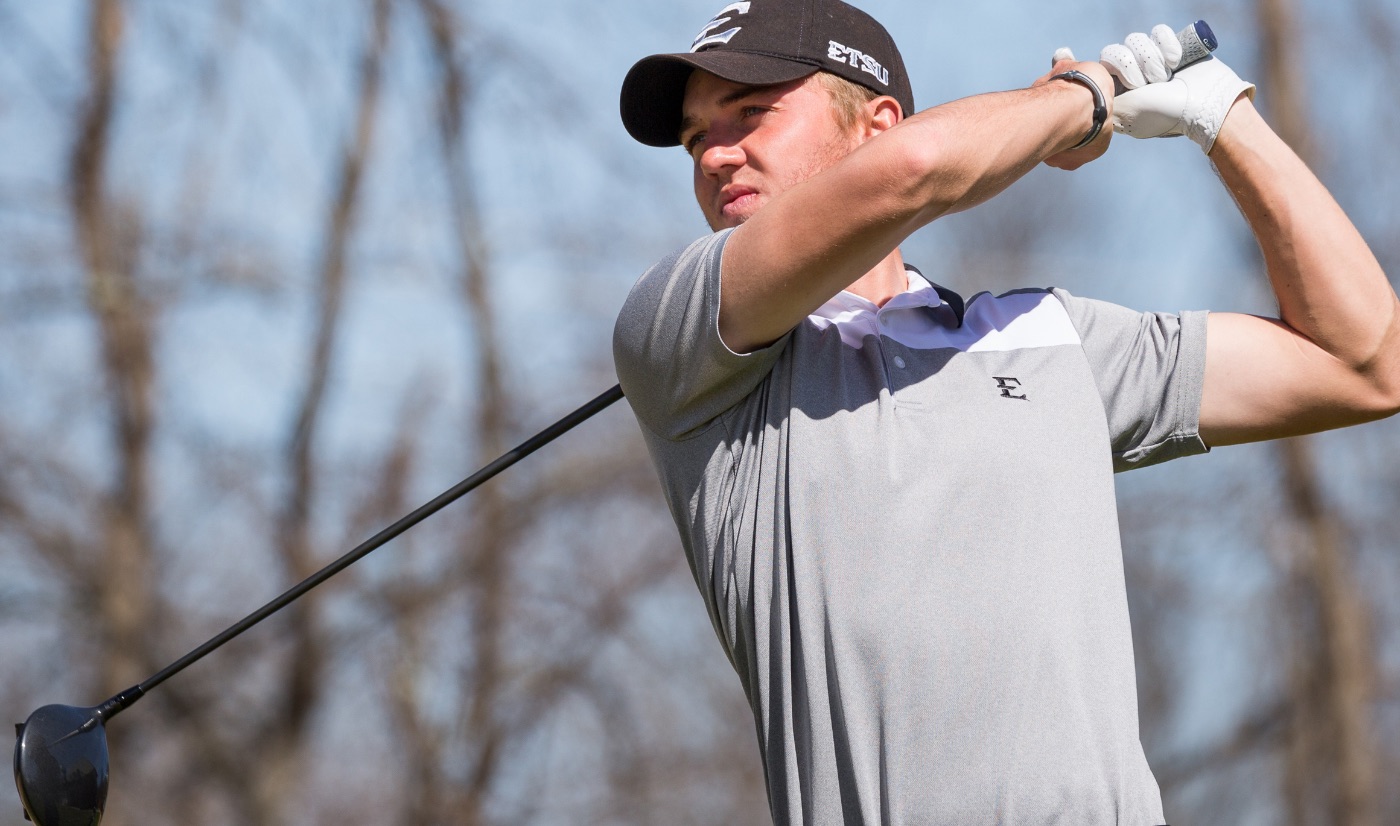 Justin Hulbert led the Bucs two weeks ago at the Schenkel Invitational.
Bucs tee it up at Mason Rudolph Championship this weekend
Related Links

FRANKLIN, Tenn. (March 19, 2017) – The ETSU men’s golf team returns to action as the Buccaneers tee it up at this weekend’s Mason Rudolph Championship, which begins Friday morning at the Vanderbilt Legends Club South Course.

Freshman Trevor Hulbert (Orlando, Fla.) paced the Bucs last time out at the Schenkel Invitational from Forest Heights Country Club … Hulbert finished the 54-hole tournament tied for 18th at 2-under-par 214, marking his best collegiate finish … The Orlando, Fla. native opened the tournament with back-to-back rounds of 3-under 69, which set Hulbert’s lowest round as a Buccaneer.

As a team, ETSU finished 12th at the Schenkel Invitational, which featured two teams ranked in the top-10 and seven in the top-50.

Sophomore Geuntae Kim (Daegu, South Korea) led the Blue and Gold in the final round of the Schenkel Invitational as he posted an even-par 72 … Kim finished tied for 37th at 4-over-par 220.

Eighteen holes will take place each day (Friday, Saturday, Sunday), with tee times beginning at 8:30 a.m. CT on Friday and Saturday and at 8 a.m. on Sunday.

Gradecki finished tied for seventh in the tournament a year ago, while the Bucs placed sixth … Adrian Meronk (Wroclaw, Poland) – who finished tied for fifth with former Buccaneer Rhys Davies at last weekend’s Barclays Kenya Open – earned runner up honors at the Mason Rudolph Championship in 2015.

Freshman Kevin Burns (Canton, Ga.) will play as an individual.

ETSU’s lineup features two freshmen, one sophomore, one junior and one senior.

The Bucs are paired with Ball State and Southern Illinois in Friday’s opening round … ETSU tees off from No. 10 at 9:45 a.m. (Eastern).