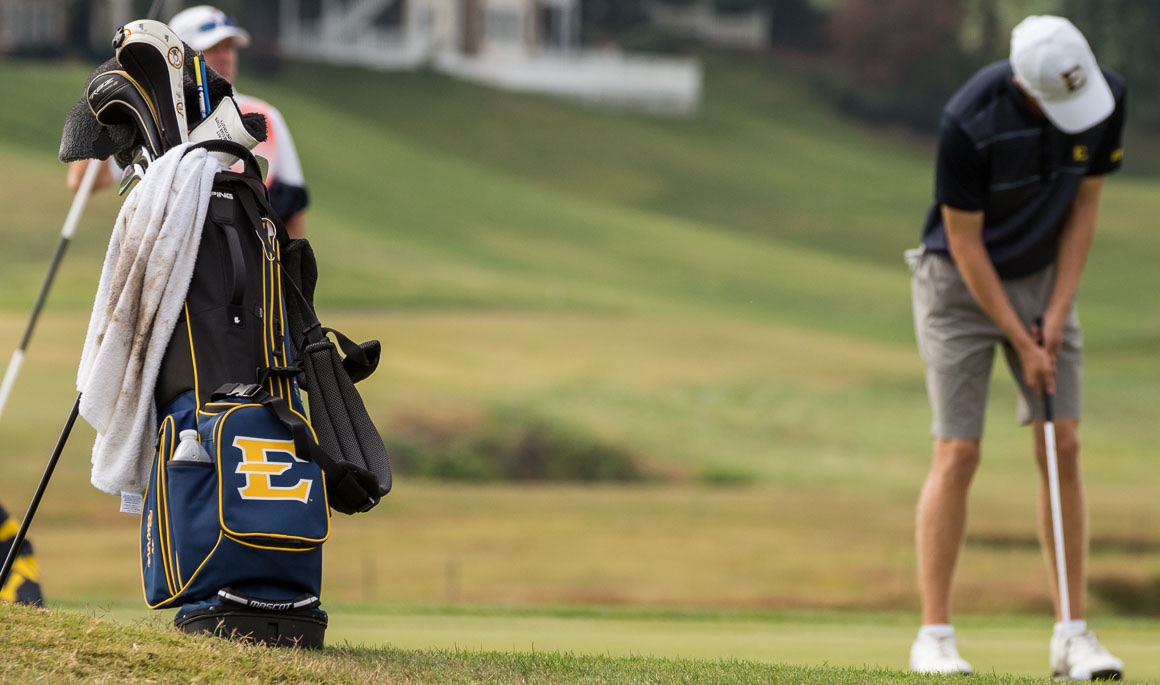 Gradecki – who started the day one shot off the lead at 5-under-par – posted a 3-over 74 in the final round to finish tied for 22nd at 2-under-par 211 (67-70-74). Gradecki was sitting six-under for the tournament with eight holes remaining; however, the Buccaneer senior totaled five pars, two bogeys and a double-bogey down the stretch to finish with the 74. For the tournament, Gradecki recorded 41 pars and eight birdies to lead the Blue and Gold.

Florida’s Sam Horsfield entered the final round in a three-way tie for the lead and the 47th-ranked golfer defended his title by carding a 5-under 66 en route to finishing with a 54-hole score of 11-under-par 202 (69-67-66). Horsfield edged out Alabama’s Josh Sedeno – who also began the day tied for the lead – by two shots, while a group of three golfers tied for third at 8-under-par 205.

The Gators made it a clean sweep on the weekend as No. 6 Florida rallied to claim the team championship by one shot over Alabama. Florida trailed the Crimson Tide by one stroke to open the final round, but the Gators fired a 13-under 271 to jump Alabama and finish 30-under-par 822 (276-275-271) for the tournament. The top three teams came from the Southeastern Conference as Alabama finished second (29-under-par 823) and tournament host/No. 3 Vanderbilt placed third (26-under-par 826).

Freshman Trevor Hulbert (Orlando, Fla.) led the Bucs on Sunday as he totaled his second straight round of 1-over-par 72 to finish tied for 54th (+10). Junior Cayman Ratliff (Kingsport, Tenn.) played the final 36 holes at 2-over-par en route to finishing tied for 40th (+5). Meanwhile, freshman Kevin Burns (Canton, Ga.) played as an individual and posted his best collegiate finish as he tied for 47th (+8).

The Bucs return to action on Friday April 14 as ETSU heads to Raleigh, N.C. for the Wolfpack Spring Open.