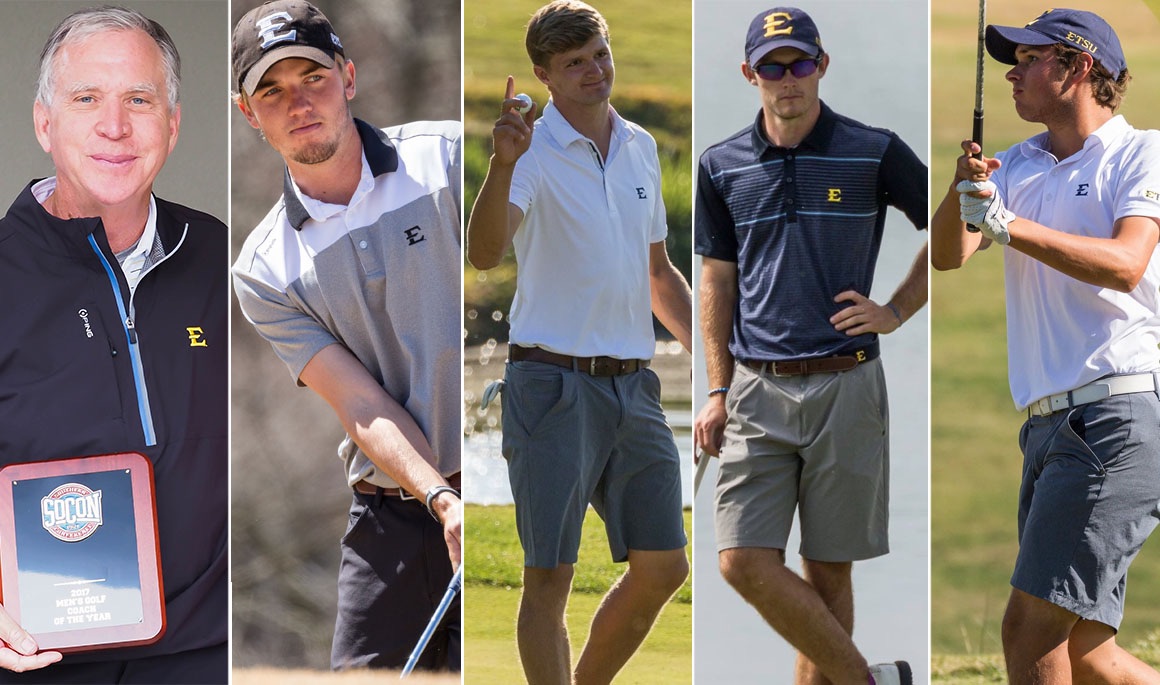 SPARTANBURG, S.C. (April 26, 2017) – Following the conclusion of the Southern Conference Men’s Golf Championship on Tuesday, the league office released its postseason awards and the Buccaneers earned five honors, including head coach Fred Warren being tabbed Coach of the Year.

Gradecki – who earned all-conference honors for the first time in his career – recorded the second-highest scoring average in the SoCon this season at 71.94. The Buccaneer leader played in all 11 tournaments for the Blue and Gold this season, while turning in five top-10 finishes. Gradecki finished runner-up at the Bank of Tennessee Intercollegiate back in October and at the Warrior Princeville Makai Invitational in November. Gradecki generated his lowest collegiate round in Hawaii where he fired a 7-under 65. In 32 total rounds, Gradecki registered seven in the 60s and totaled 16 rounds of par or better.

Reichert and Hulbert recorded the second and third-lowest scoring averages among SoCon freshmen, respectively. Reichert posted a scoring average of 74.08 and Hulbert tallied a mark of 74.50. Reichert appeared in nine tournaments for the Blue and Gold this season and turned his best finish at The Macdonald Cup where he finished tied for 10th. Hulbert represented the Bucs in all 11 tournaments in 2016-17 and finished third at the SoCon Championship. The Orlando, Fla. native collected six rounds of par or better and four rounds in the 60s – including his lowest round coming earlier this month at the Wolfpack Spring Open when he shot a 68.

Ratliff – who has a 3.939 GPA while majoring in finance – posted two top-20 finishes this season. The Kingsport, Tenn. native played in six tournaments and tied his lowest finish this week at the SoCon Championship where he tied for 15th. Ratliff shot his lowest collegiate round this season at The Macdonald Cup when he shot a 68 in the final round. The Buccaneer junior generated a 73.94 scoring average this season, which ranked 18th in the SoCon.

Warren garnered his 12th Coach of the Year honor as he coached the Bucs to a third straight SoCon title this week at Pinehurst No. 9. Warren has won a record-best 15 SoCon titles, while ETSU claimed its 25th overall conference title on Tuesday (20 SoCon, three OVC and two A-Sun). Tuesday’s win at the SoCon Championship marked the first team win for the Blue and Gold this season, while it was Warren’s 54th overall win at ETSU. Warren will be taking the Bucs to their 22nd NCAA Regional next month, while this marks the third straight year the Buccaneer leader has received the award.

The league coaches voted Wofford’s Andrew Novak Player of the Year and UNCG’s Jonathan Brightwell Freshman of the Year.