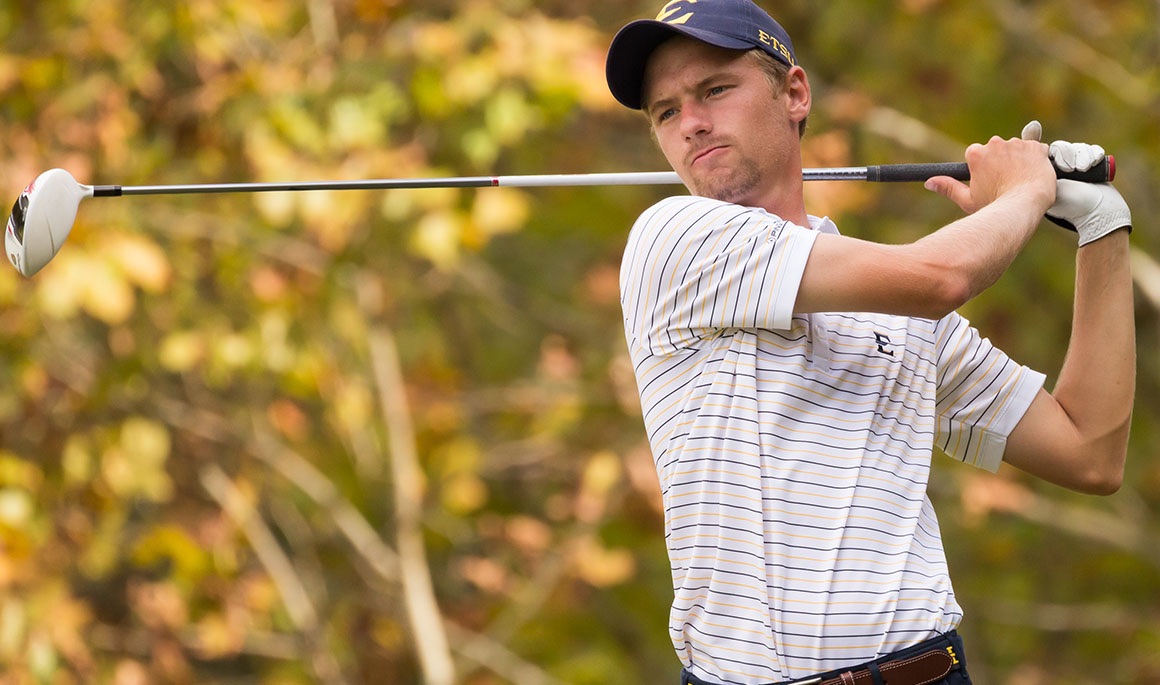 DURHAM, N.C. (Sept. 16, 2017) – The ETSU men’s golf team wrapped up day one of competition at the Rod Myers Invitational on Saturday afternoon from the Duke University Golf Club.

Sophomore Kevin Burns (Canton, Ga.) led the Blue and Gold on Saturday as he posted a 1-over-par 145 (71-74) and enters Sunday’s final round tied in 26th. Burns finished with four birdies, 12 pars, one bogey and one double-bogey in the opening round. In second round play, Burns was four-over through his first 13 holes, but the Buccaneer sophomore played the final five holes at two-under to finish with the 74.

Wake Forest – the two-time defending tournament champion – is the team leader after day one as the Demon Deacons fired an 18-under-par 558 (282-276) on Saturday. Wake Forest holds a six-shot lead over 2017 National Runner-Up Oregon and a seven-stroke advantage over Vanderbilt.

Oregon’s Norman Xiong is the individual leader after the first two rounds as he recorded an 11-under-par 133 (68-65) on Saturday. Xiong shot a 4-under 68 in round one, while finishing the day with a 7-under 65 en route to taking a three-shot lead over Wake Forest’s Will Zalatoris. Duke’s Chandler Eaton is in third at 6-under-par 138 (69-69).

The Bucs are paired with Liberty and East Carolina in Sunday’s final round. ETSU tees off from No. 10 starting at 9:05 a.m.