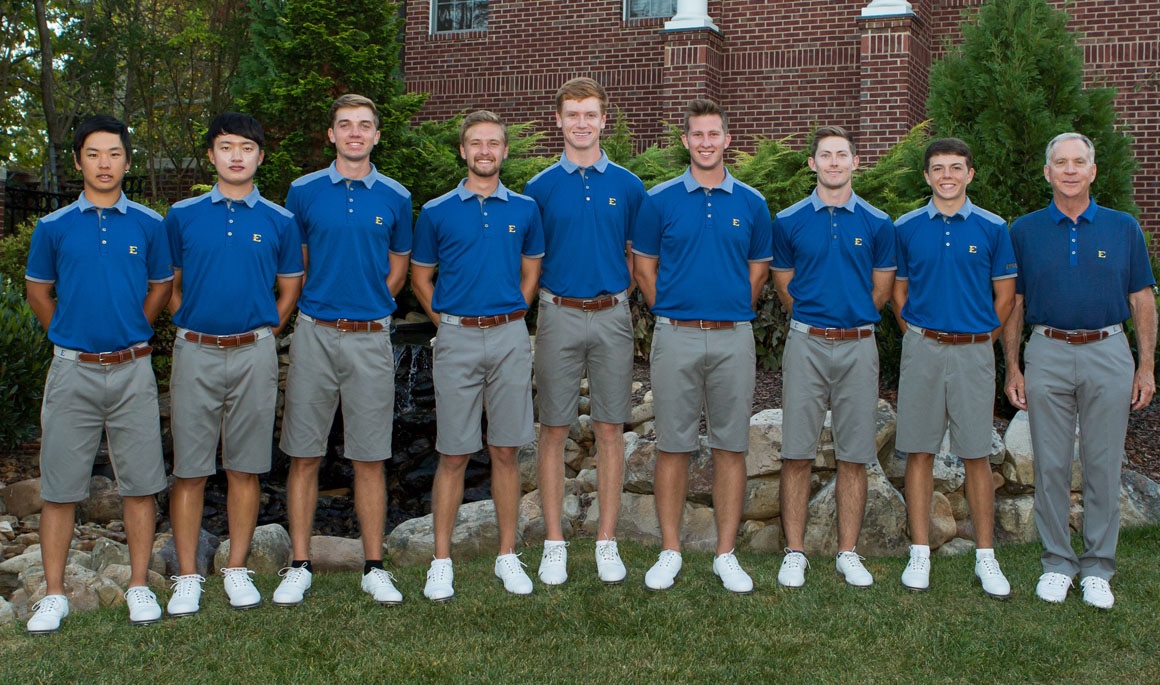 JONESBOROUGH, Tenn. (Oct. 12, 2017) – The ETSU men’s golf team is set to host the 20th annual Bank of Tennessee Intercollegiate, which begins Friday morning at Blackthorn Club at The Ridges.

This marks the third tournament of the 2017 fall season for the Blue and Gold as ETSU opened at the Rod Myers Invitational on Sept. 16, while coming off a fifth-place showing at the Louisville Cardinal Challenge back on Oct. 1.

The Bucs are led by freshman Shiso Go (Kanagawa, Japan) and junior Geuntae Kim (Daegu, South Korea), as Go leads the Blue and Gold with a 73.33 stroke average. Kim is right behind at 73.78. Go’s average ranks second among freshman in the Southern Conference, while placing him ninth overall, respectively.

Kim – the reigning SoCon champion – is coming off a solid showing in Louisville where he finished tied for 11th. Kim posted a 2-under-par 70 in the final round to move 17 spots up the leaderboard.

Austin Carter (Kingsport, Tenn.) enters the weekend with the fourth-best stroke average among freshmen in the conference as he has totaled a 74.83 mark in his first two collegiate tournaments.

ETSU’s fifth-place finish at the Louisville Cardinal Challenge is the highest team finish among SoCon teams this fall.

The Bucs’ roster features one senior, one junior, three sophomores and three freshmen.

This weekend marks the 20th annual Bank of Tennessee Intercollegiate.

In honor the 20th tournament, the ETSU Department of Intercollegiate Athletics is unveiling a 20th Anniversary Team leading up to the opening round on Friday … Starting on Tuesday, five players are being released each day to complete the team. Click here for a full list of the 20th Anniversary Team.

Virginia returns to defend its title after the Cavaliers set the tournament record a year ago with a 54-hole score of 35-under-par 829, which topped the previous record of 23-under-par 841 set by TCU in 2001 … Virginia posted the lowest one-record score with a 269 in the second round last year to en route to winning the tournament by 13 strokes over Missouri.

Penn State’s Charles Huntzinger returns to defend his title after he tied the top 54-hole score at 13-under-par 203, which has been accomplished three times in tournament history.

Adrian Meronk (2015) and Rhys Davies (2005 & 2006) are the two Buccaneers to earn medalist honors at the Bank of Tennessee Intercollegiate.

Since its first year of competition in 1998, the Bank of Tennessee Intercollegiate has featured players who have gone on to enjoy successful careers on the PGA and European PGA Tours. This list of names includes Matt Kuchar, Luke Donald, Lucas Glover, Bill Haas, Webb Simpson, Graeme McDowell, Jason Dufner, Anthony Kim and ETSU’s own Seamus Power and Davies, to name a few.

Click here for the Bank of Tennessee Intercollegiate record book.

The Bucs’ lineup consists of one junior, one sophomore and three freshmen.

The grouping consists of three freshmen, one sophomore and one junior.

First round pairings and tee times have yet to be determined.

Twitter updates will also be available by following @ETSU_MGolf.