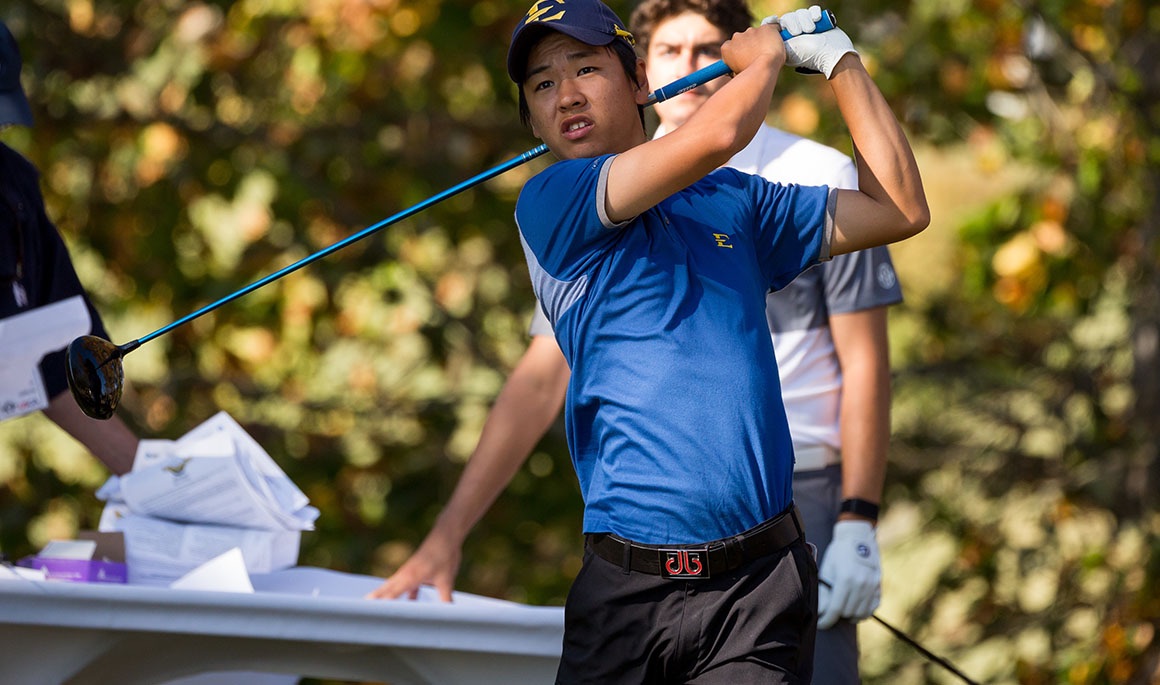 JONESBOROUGH, Tenn. (Oct. 14, 2017) – They’ve been playing golf at the Bank of Tennessee Intercollegiate since before Shiso Go was born, and the East Tennessee State freshman did something never done before at the annual tournament at Blackthorn Club.

The Bucs also got a seven-under-par 65 from another freshman, Jack Rhea, and shot 15-under-par 273 as a team. That was 24 strokes better than their opening round.

“Jack and Shiso, I knew coming in as freshmen they were good,” ETSU coach Fred Warren said. “And they played great today.”

Three players had previously shot 64 in the tournament, most recently Derek Bard of Virginia in 2013.

Go’s 63 also equaled the ETSU single-round record, originally set in 2005 by Rhys Davies and tied in 2015 by Gudmundur Kristjansson.

Go and Rhea had the best 1-2 punch in school history, surpassing the 65-65 shot by Davies and Cian McNamara in Puerto Rico in 2007. And it came from two youngsters playing in their third collegiate tournament.

The Bucs wrap up final round play on Sunday when ETSU tees off at 8:50 a.m. from No. 1. ETSU is paired with UNCW and East Carolina.