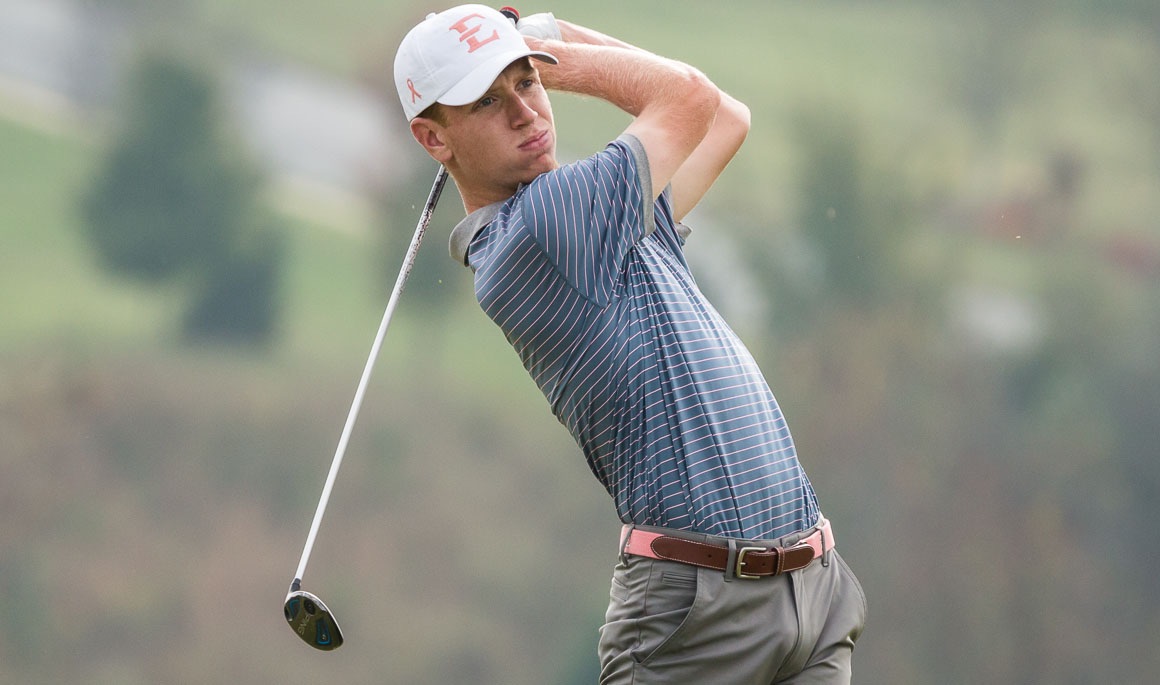 Rhea – who was playing in just his third career collegiate tournament – finished tied for fourth at 10-under-par 206 (70-65-71) at the 20th annual Bank of Tennessee Intercollegiate, which concluded Sunday afternoon at Blackthorn Club at The Ridges. The Jonesborough, Tenn. native posted his third straight round below par as he finished the tournament with a 1-under 71 en route to recording his best finish as a Buccaneer. For the tournament, Rhea totaled 35 pars, 13 birdies and an eagle, while playing the par-5s at 7-under and the par-3s at 4-under. Rhea’s 10-under 206 is the third lowest score by a Buccaneer at the Bank of Tennessee Intercollegiate. Rhys Davis posted an 11-under 205 en route to capturing the first of two titles in 2005, while Mateusz Gradecki also notched a 205 last year.

“Overall, it was a good tournament. I left a few out there today, but it was nice to play well at our home tournament and in front of a lot of people,” said Rhea. “I was definitely more off point today than I was yesterday. I had a lot more looks at birdie yesterday, and today was more of an up and down round. I had to get up and down quite a few times to make five and six footers for par, but overall it was a good tournament. The wind really picked up the last four or five holes today – especially on No. 17. The conditions were a lot tougher today than they were the first two rounds.”

“There were so many positives to take away from Jack’s play this weekend,” said Warren. “Jack has a very mature game and I’ve seen a lot of improvement just in the last several months. He’s very talented and such an impressive player. He showed us that this weekend.”

Warren also talked about how special this weekend was being the 20th anniversary of the Bank of Tennessee Intercollegiate.

“This was our 20th anniversary of the tournament and we appreciate all the support from everyone who has played a role in putting the tournament together,” said Warren. “This year is interesting on many levels. It’s the 20th anniversary of the Bank of Tennessee Intercollegiate, my 40th year in coaching, the 60th year of the ETSU men’s golf program, and Bill Greene celebrated his 80th birthday earlier this summer. It’s a special year and it’s one that I will remember. Obviously, I wish we could have been up there competing for the win, but I am extremely proud of our team for battling back the last two days. We also had large galleries all weekend, and part of it was due to Jack, but it was nice to have the support throughout all three rounds.”

A day after ETSU freshman Shiso Go (Kanagawa, Japan) broke the single-round tournament record with a 9-under 63, more records were set on Sunday. Missouri’s Hayden Buckley earned medalist honors after setting a new 54-hole tournament record with a 17-under-par 199. Buckley – who led by one shot entering the day – battled with defending champion Charles Huntzinger (Penn State) for the first 13 holes on Sunday; however, things turned on the par-5, 14th. With both golfers tied at 15-under walking up to the No. 14 tee box, a four-stroke swing occurred as Huntzinger triple-bogeyed the hole and Buckley carded one of his six birdies for the round. After opening a four-shot lead, Buckley cruised to a three-shot win over Penn State’s JD Hughes. The previous 54-hole individual record was 13-under 203, which was held by three previous golfers, including Huntzinger.

The Bucs – who were playing with three freshmen, a sophomore and a junior in their lineup this weekend – finished tied for seventh at 7-under-par 857 (297-273-287). After starting with a 9-over 297 in Friday’s opening round, the Blue and Gold bounced back by playing the final two rounds at 16-under. ETSU tied with UNCW, while placing ahead of previous tournament champions Virginia and Virginia Tech.

Freshman Austin Carter (Kingsport, Tenn.) led the Blue and Gold on Sunday as he fired a 2-under 70 en route to finishing tied for 51st (+6). Carter totaled three birdies over his first 10 holes, while his lone blemish came on the par-4, 18th when he bogeyed to post the 70. Meanwhile, Go picked up right where he left off from on Saturday as he birdied two of his first four holes, but the Buccaneer freshman couldn’t repeat the performance as he ended the round with a 6-over 78 and placed tied for 20th at 2-under-par 214 (73-63-78). Kevin Burns (Canton, Ga.) and Geuntae Kim (Daegu, South Korea) both finished tied for 65th (+8). Go led the Bucs with 15 birdies on the weekend, while Kim tied for the tournament lead with 40 pars.

“We were able to take away a lot of positives from our last two rounds,” added Warren. “Obviously, the first round was a disappointment, because we had shot some low rounds in qualifying. I thought some of that would carry over but it wasn’t there for us the first day, but I am very proud of our guys for fighting back after that first round. We had a very solid day yesterday and battled some difficult conditions late today to finish on a positive note. Overall, it wasn’t where we wanted to be, but there were still a lot of positives. We should build from this and gain some confidence after these last two rounds.”

The Bucs are back in action this weekend as ETSU heads to Alpharetta, Ga., to play in the prestigious Golf Club of Georgia Collegiate. The three-day, 54-hole tournament begins Friday morning at the Lakeside Course. The 15-team field has five of the current top-10, eight of the top-25 and 13 of the top-50 teams competing next weekend.

“We leave Wednesday for Georgia Tech’s tournament, which is the strongest college golf tournament during the fall season,” added Warren. “I’m glad we ended with a couple of good rounds this weekend, because we are getting ready to face a strong test this week in Georgia.”