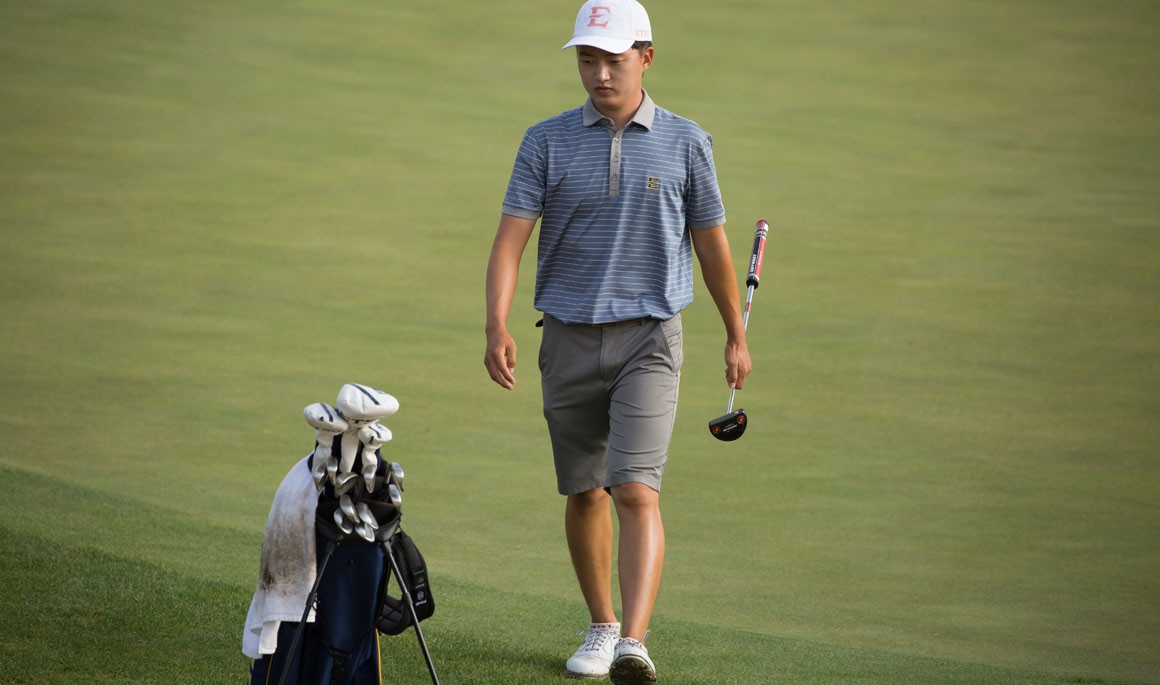 Kim posted the lowest score for the Blue and Gold as he tied a season-best with a 2-under 70, while Carter – who was coming off his best performance of the year in Friday’ opening round – rallied to finish at even-par 72. Kim totaled three birdies, including two over his final four holes to move into a tie for 59th (+3), and Carter is tied for 26th at 3-under-par 141. Carter was 3-over thru his first 11 holes; however, the Kingsport, Tenn. native got back on track with back-to-back birdies on No. 3 and 4 before picking up the final birdie on his second-to-last hole to card the 72.

Duke’s Alex Smalley took over the individual lead after he and Wake Forest’s Marco Steyn tied for the lowest round on Saturday at 7-under 65. Smalley holds a 36-hole score of 12-under 132 and takes a one-shot lead into Sunday’s final round over Texas’ Doug Ghim. Ghim held a share of the lead heading into Saturday and shot a 5-under 67 to move to 11-under-par 133, while Steyn leapt into third-place at 10-under-par 134.

Wake Forest went low in team scoring as the 11th-ranked Demon Deacons tied a tournament record by firing a 17-under 271 and captured the lead at 23-under-par 553. No. 21 Duke and No. 31 Texas are tied for second at 18-under-par 558, while tournament host and fourth-ranked Georgia Tech (15-under-par 561) and top-ranked Oklahoma State (13-under-par 563) round out the top five, respectively.

ETSU shaved five strokes off its team score from Friday as the Bucs recorded an even-par 288 in round two and sit in 15th at 5-over-par 581.

Like Carter, fellow freshman Shiso Go (Kanagawa, Japan) also posted an even-par 72 on Saturday and is tied for 53rd (+2), while sophomore Trevor Hulbert (Orlando, Fla.) played his final 10 holes at 3-under to finish with a 2-over 74 in round two.

Live scoring for the tournament is provided via Golfstat, while recaps for each day will be provided on ETSUBucs.com. Twitter updates will also be available by following @ETSU_MGolf.