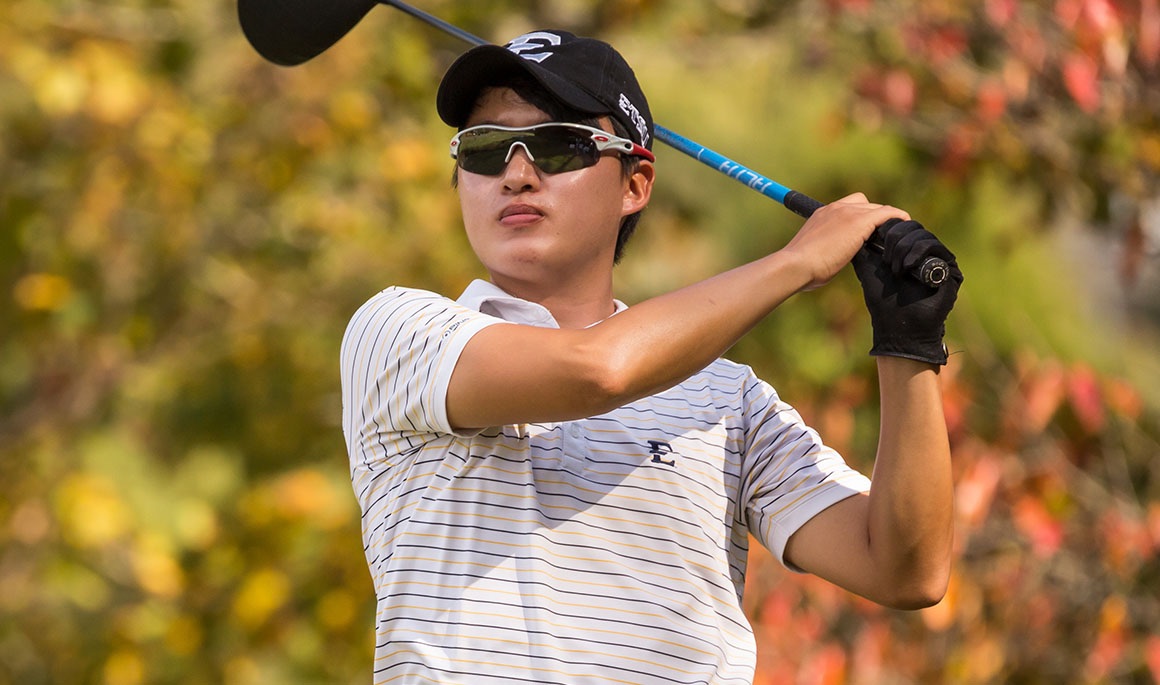 KAUAI, HAWAII (Oct. 29, 2017) – Geuntae Kim (Daegu, South Korea) led the ETSU men’s golf team in round one of the Warrior Princeville Makai Invitational, which got underway Sunday afternoon at the Makai Golf Club.

Kim – who totaled four birdies during opening round play – is tied for 23rd after firing a 2-under-par 70. The Buccaneer junior began the round on the par-4, No. 15 and birdied four of his first nine holes to get to 3-under before a bogey on his second-to-last hole resulted in the 70. To go with his four birdies, Kim added 12 pars and a pair of bogeys on his opening round scorecard.

Kim is five shots off the lead as four golfers are tied atop the leaderboard at 7-under-par 65, while a group of five players are one shot off the pace at 6-under 66. Missouri’s Jamie Stewart, San Diego State’s Blake Abercrombie, Louisville’s Nicolas Platret and UCLA’s Devon Bling are all tied for the lead.

Louisville holds the team lead as the 37th-ranked Cardinals posted a 22-under-par 266 on day one and lead No. 15 Missouri by four strokes and No. 48 San Diego State by eight shots.

As a group, ETSU shot an even-par 288 and is in a three-way tie for 10th. Overall, the Bucs managed to record the fourth-most birdies on the day with 23; however, the Blue and Gold notched 45 pars, which were the second-fewest among the 19 teams in the field.

Freshmen Austin Carter (Kingsport, Tenn.) and Jack Rhea (Jonesborough, Tenn.) both recorded an even-par 72 in Sunday’s opener, while sophomore Trevor Hulbert (Orlando, Fla.) finished with a 2-over 74. Carter had an up-and-down day as he registered six birdies, but also added two bogeys, two double-bogeys and eight pars. The Kingsport, Tenn. native was 3-over late in the round, but Carter birdied three of his final five holes to get back to even. Rhea’s round was much like Carter’s as he also posted six birdies, but added four bogeys, a double-bogey and seven pars. Rhea finished with three birdies, a par and a bogey to end his round on a positive note.

Second round play gets underway Monday afternoon at two o’clock (Eastern) with the Bucs being paired with UMKC, Cal State Fullerton and Utah Valley.