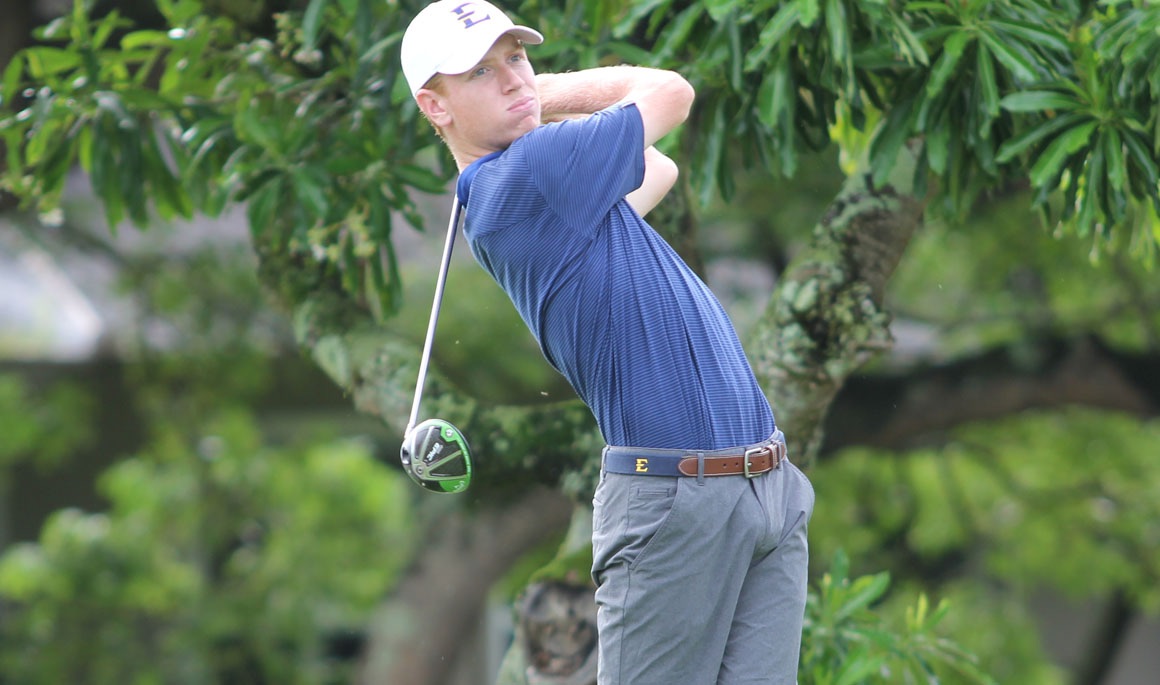 ETSU’s five team members tallied 28 birdies as the Buccaneers fired a 16-under 272 to move into seventh-place following second round play at the Warrior Princeville Makai Invitational on Monday afternoon from the Makai Golf Club. The Bucs sit ahead of defending tournament champion and No. 43 Ole Miss, No. 47 Colorado and No. 32 Georgia Southern at 16-under-par 560.

Led by Jack Rhea (Jonesborough, Tenn.), the Bucs’ entire team finished with scores below par, as the ETSU freshman posted a flawless round with a 6-under 66 en route to moving into a tie for 15th 6-under-par 138. A day after shooting a 72, Rhea carded six birdies and 12 pars to move up 29 spots on the leaderboard. Rhea – whose round featured bookend birdies – also registered back-to-back birdies on No. 11 and 12, while adding birdies on the 338-yard, par-4 14th and the 540-yard, par-5 5th.

Powered by eight birdies on Monday, fellow freshman Austin Carter (Kingsport, Tenn.) recorded his lowest collegiate round as he fired a 5-under 67, while sophomore Trevor Hulbert (Orlando, Fla.) finished with a 3-under 69. Carter began his round with a birdie on the 359-yard, par-4 No. 8 and totaled three birdies over his final six holes to move into a tie for 22nd at 5-under-par 139. Hulbert moved to 1-under for the tournament and is tied with teammate Kevin Burns (Canton, Ga.) for 53rd. Like Hulbert, Burns – who is playing as an individual – shot a 3-under 69 on Monday.

Louisville continues to hold a grip on the team leaderboard as the 37th-ranked Cardinals posted a 19-under 269 on Monday and sit at 41-under-par 535 for the tournament. The Cardinals hold a five-shot lead over No. 15 Missouri and a 12-stroke advantage over No. 20 UCLA.

Missouri’s Hayden Buckley (No. 35 via Golfstat) carded an 11-under 61 on Monday to move atop the individual standings at 17-under-par 127, while Louisville’s Simon Zach is two shots back in second at 15-under-par 129. Georgia Southern’s Steven Fish (No. 9 via Golfstat) is in third at 13-under-par 131.

The final round of the tournament wraps up Tuesday afternoon as the Bucs tee off at 2 p.m. (EDT). ETSU is paired with Wake Forest, Colorado and Sam Houston State.