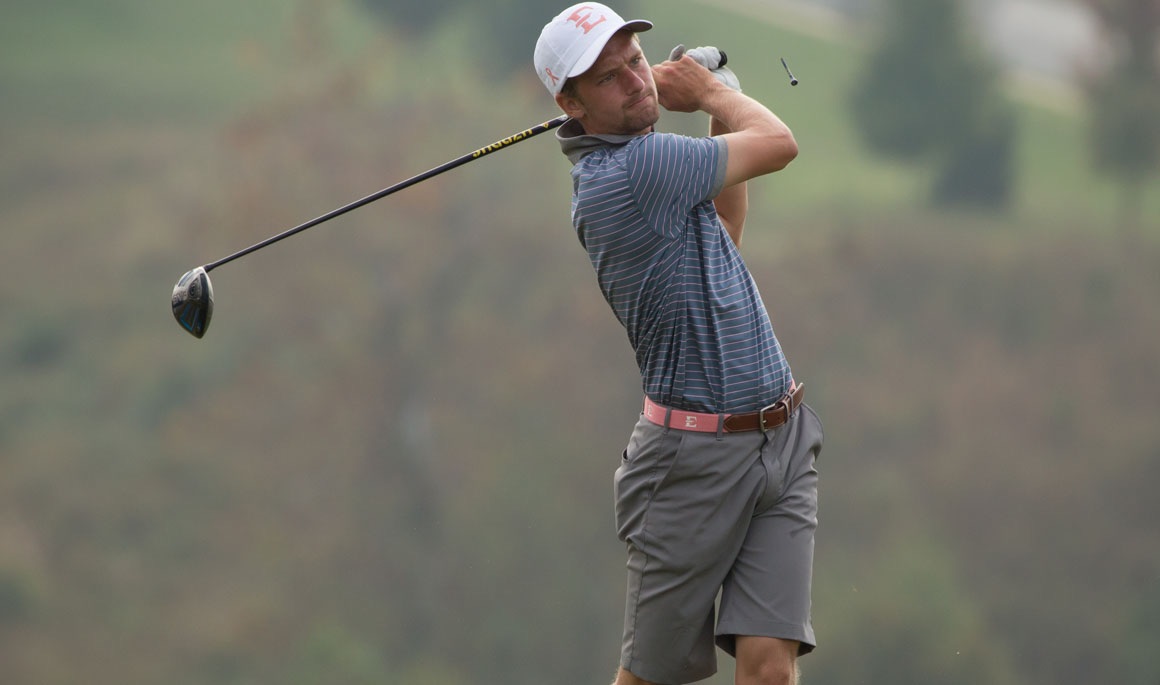 Buccaneer sophomore cards 5-under 67 out in Hawaii

Burns – who was playing as an individual in the Buccaneers’ fall finale – fired the lowest collegiate round of his career in Tuesday’s final round of the Warrior Princeville Makai Invitational. The Canton, Ga. native collected seven birdies en route to recording a 5-under 67 and finished tied for 23rd at 6-under-par 210 (74-69-67). Burns shaved three strokes off his lowest collegiate round, which previous stood at a 2-under 70 in last year’s Bank of Tennessee Intercollegiate. The top-25 finish also marked a collegiate best for the Buccaneer sophomore.

Freshman Austin Carter (Kingsport, Tenn.) and sophomore Trevor Hulbert (Orlando, Fla.) were two leaders from ETSU’s lineup as the duo placed tied for 32nd at 4-under-par 212. Hulbert capped off a strong finish by turning in his second straight 3-under 69, while Carter carded a 1-over 73 in the final round. Hulbert birdied three of his final five holes to move 21 spots up the leaderboard. Meanwhile, freshman Jack Rhea (Jonesborough, Tenn.) and junior Geuntae Kim (Daegu, South Korea) both finished tied for 41st at 3-under-par 213, while freshman Shiso Go (Kanagawa, Japan) – who played the final 36 holes at 4-under – finished tied for 58th at even-par 216.

Louisville’s Simon Zach edged out Missouri' Hayden Buckley for medalist honors. Zach – who entered the day two shots behind Buckley – battled with the Missouri golfer for the lead all afternoon, but finally moved into first for good when he birdied the par-4, No. 17 and Buckley carded a bogey. From there, Zach eagled the par-5, 18th to finish the round at 6-under 66 and held on for a two-stroke win. Overall, Zach finished at 21-under-par 195 (66-63-66), while Buckley finished runner-up at 19-under-par 197 (66-61-70).

Both Zach and Louisville set tournament records with their 54-hole scores.

Tuesday marked the final fall tournament for the Blue and Gold, as ETSU returns to action on Feb. 19 when the Bucs open the spring campaign at The Prestige in La Quinta, Calif.