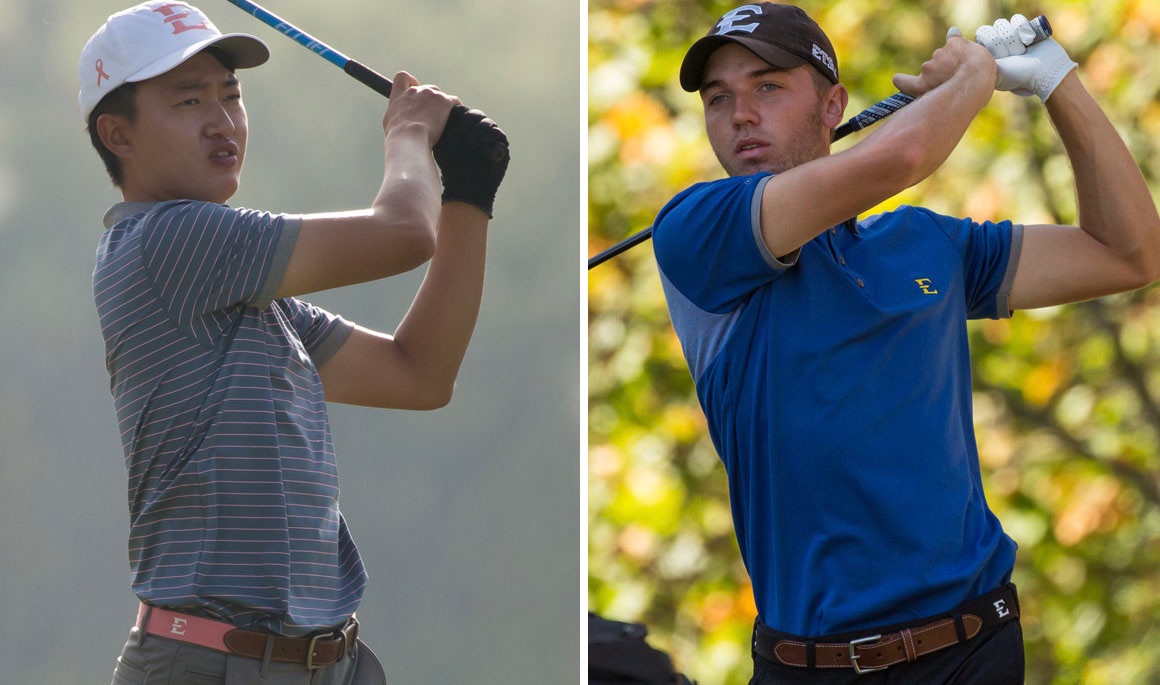 Kim, Hulbert lead ETSU on day one in Spartanburg

Kim – who was one of nine players in the field to card an eagle on Monday – fired a 1-under 71 in round one, while he concluded the day with a 4-under 68, marking the lowest collegiate round of his career. The eagle came in round two on the par-5, 508-yard No. 15, which moved Kim to three-under, while he ended the day with a birdie on No. 18 to place him into the top-three. Overall, Kim totaled the one eagle, eight birdies, and 22 pars on his 36-hole scorecard on Monday.

Hulbert put together two solid rounds as he turned in a 2-under 70 in the opening round and followed that up with a 3-under 69 in round two. The Orlando, Fla. native recorded 12 birdies over the 36 holes, marking the second-most in the field. Hulbert posted six birdies in each round, including a three-hole stretch on No. 15, 16, 17 to end second round play.

As a team, the Bucs began the day with an even-par 288, while moving into contention courtesy of their 9-under 279 in round two.

Individually, Army’s Dean Sakata posted consecutive rounds of 6-under 66 en route to holding a six-shot lead at 12-under-par 132. Charleston Southern’s Elliot Gothe is in second-place at 6-under-par 138 (71-67), while Hulbert and Kim are in a four-way tie for third at 5-under-par 139.

Tuesday’s final round begins with a shotgun start at 9 a.m. The Bucs will be paired with Wofford and Army.

Live scoring for the tournament is provided via BirdieFire. Recaps and scores will be posted on ETSUBucs.com following each day, while Twitter updates can be accessed by following @ETSU_MGolf.