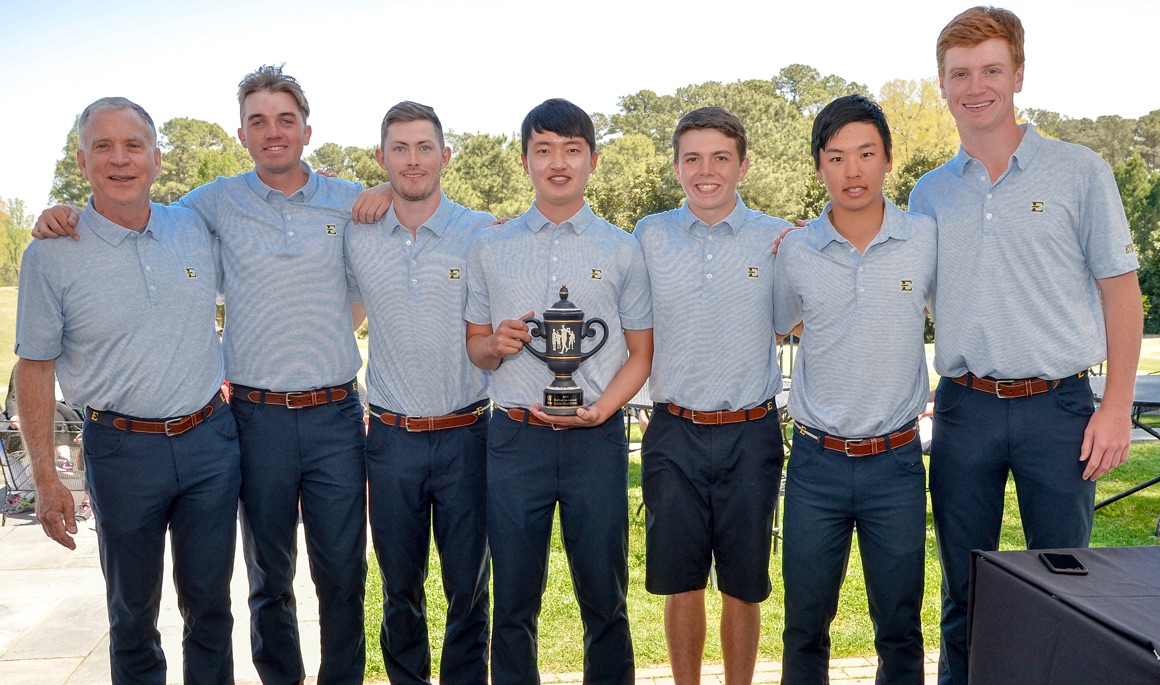 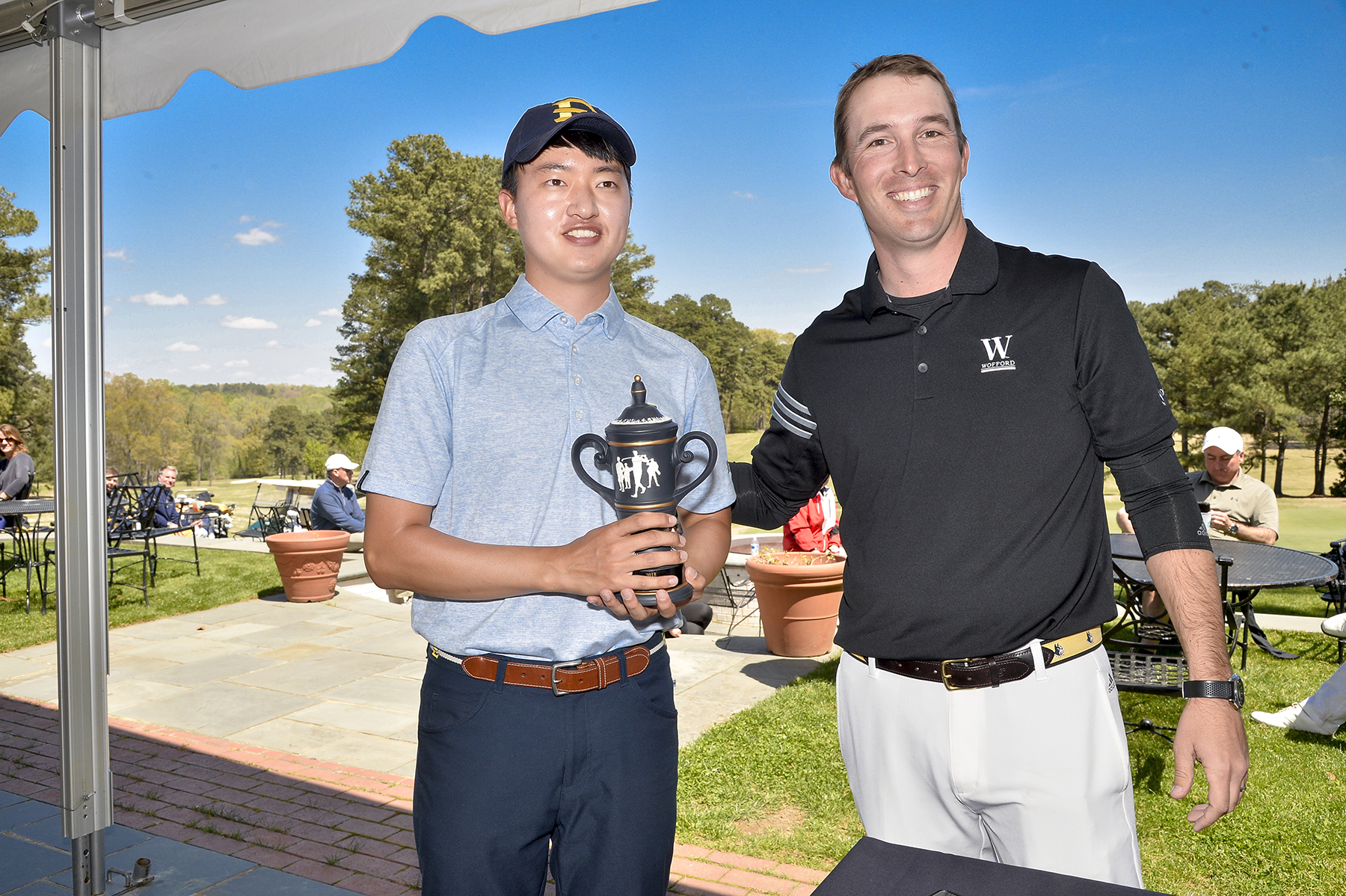 Bucs win by 13 strokes after firing 12-under 276 on Tuesday; Kim picks up second career win

The Bucs – who began the day five shots off the lead – used a strong start to quickly erase the deficit and kept their foot on the gas to run away with the team title at the Wofford Invitational on Tuesday afternoon from the Country Club of Spartanburg.

“We played really well today and I am very proud of the guys,” said Fred Warren, who earned his 55th tournament win as the head coach at ETSU. “We got off to a slow start in the opening round yesterday but put ourselves in position with a solid score in round two. Today we took advantage of the opportunity and played well in tough conditions. We have worked hard all year and have shown flashes of brilliance at times this season, so it is a well-deserved win for the team.”

Individually, junior Geuntae Kim (Daegu, South Korea) also rallied for the win to capture his second collegiate tournament title. Kim began the day seven shots off the lead and went low by posting his lowest score as a Buccaneer at 6-under 66 to finish 11-under-par 205 (71-68-66). The reigning Southern Conference champion put together a bogey-free round and held off a late charge by Austin Peay’s Chase Korte to win the title by two shots. Kim and Korte were both tied at 9-under with two holes remaining, but Kim birdied No. 17 and 18 to complete the Buccaneer sweep.

Kim got off to a strong start as he birdied his first two holes, while capping off the front nine with another birdie to get to eight-under for the round. Following back-to-back pars on No. 10 and 11, Kim collected a birdie on the par-4, 339-yard No. 12, before ending the round with his consecutive birdies on 17 and 18 to earn the win. For the tournament, Kim registered one eagle, 14 birdies and 34 pars on his scorecard. Kim’s 54-hole score was tied for the third lowest mark in tournament history.

“It feels amazing to get another tournament win,” said Kim, who joined Michael Stewart (2010) and Garrett Willis (1996) as the only Buccaneers to win the Wofford Invitational. “I was seven shots back entering the day so I wasn’t expecting to win. I kept focusing on each shot and wanted to finish with a good round. My favorite part of the day was playing No. 17 and 18, because over my last five tournaments I have been struggling finishing my last few holes. I have put in extra work on fixing that issue and it paid off today. Coach (Warren) told me I was tied and I gained confidence with my shots over the final two holes. On No. 17, I was 207 yards out and hit my 4-iron inside 20-feet of the pin in a very tough location and ended up with the birdie. On No. 18, I made a 20-foot putt for birdie to finish the round. I am excited for both the team and individual win. This will give us a lot of confidence.”

Kim had a familiar face near him atop the leaderboard in sophomore Trevor Hulbert (Orlando, Fla.). Like Kim, Hulbert also started the day at five-under – and after recording a 2-under 70 on Tuesday – Hulbert completed the tournament at 7-under-par 209 (70-69-70), which tied his lowest collegiate finish. Hulbert also finished third at last year’s SoCon Championship.

Hulbert played a key role in the Bucs’ strong start of the day as he carded three birdies over his first four holes to move the Blue and Gold past Wofford. The Orlando, Fla. native strung together three birdies over a five-hole stretch (No. 12-16) to get back to two-under for the round. Following his six birdies on Tuesday, Hulbert totaled 18 for the tournament, which tied him with Korte for the tournament lead.

“I was frustrated with my play yesterday but today I gained confidence with my putting to finish with a bogey-free round,” said Go, whose sixth-place finish marked the lowest of his collegiate career. “I didn’t miss any putts from inside 10-feet and that helped my play during the round. It felt good to finish strong and help contribute to our team win.”

ETSU now gears up for the Mason Rudolph Championship, which gets underway on Friday at the Vanderbilt Legends Club. This marks the final tournament before the Bucs defend their SoCon Championship.