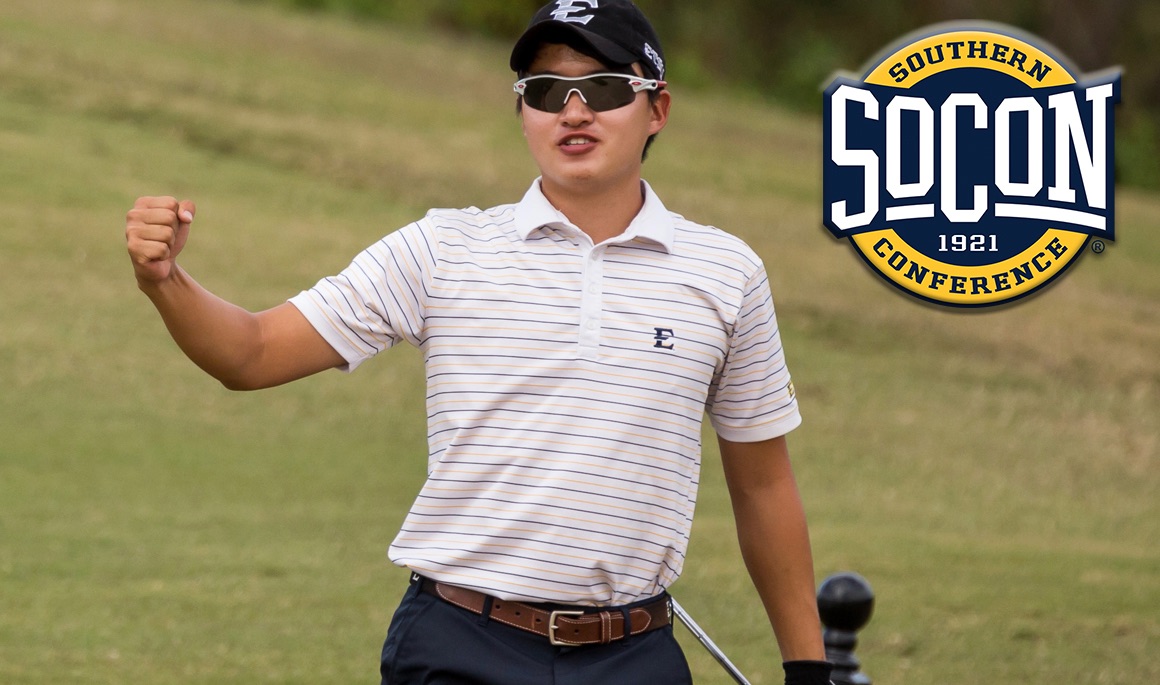 Geuntae Kim received both SoCon Golfer of the Week and Student-Athlete of the Week honors on Wednesday.
Kim earns pair of SoCon honors

Kim named SoCon Golfer and Student-Athlete of the Week

Kim – who won his second collegiate tournament on Tuesday at the Wofford Invitational – was named SoCon Golfer and Student-Athlete of the Week, which was announced by the league office.

The Buccaneer men’s golfer rallied from seven shots back in Tuesday’s final round to win by two strokes after carding a 54-hole score of 11-under-par 205 (71-68-66) at the Country Club of Spartanburg. Kim fired his lowest collegiate score in the final round en route to posting the third lowest total in tournament history.

Kim was tied with Austin Peay’s Chase Korte heading to the No. 17 tee box, but after registering back-to-back birdies, the Buccaneer leader sealed the win. The reigning SoCon champion became the third Buccaneer to win the tournament, joining Michael Stewart (2010) and Garrett Willis (1996). Kim strung together three straight rounds under-par, including a bogey-free round on Tuesday.

For the tournament, Kim registered one eagle, 14 birdies and 34 pars on his scorecard. Kim led the field in par-4 scoring at 5-under-par and was third in par-5 scoring at 8-under-par.

Highlighted by Kim’s strong play, the Bucs also rallied from a five-shot lead on the final day to win the team title with a score of 21-under-par 843 (288-279-276). ETSU became a four-time winner at the Wofford Invitational, while marking the sixth straight season the Blue and Gold have won at least one tournament.

Kim and the Bucs are back in action this weekend as ETSU heads to Franklin, Tenn. for the Mason Rudolph Championship, which begins Friday at the Vanderbilt Legends Club.