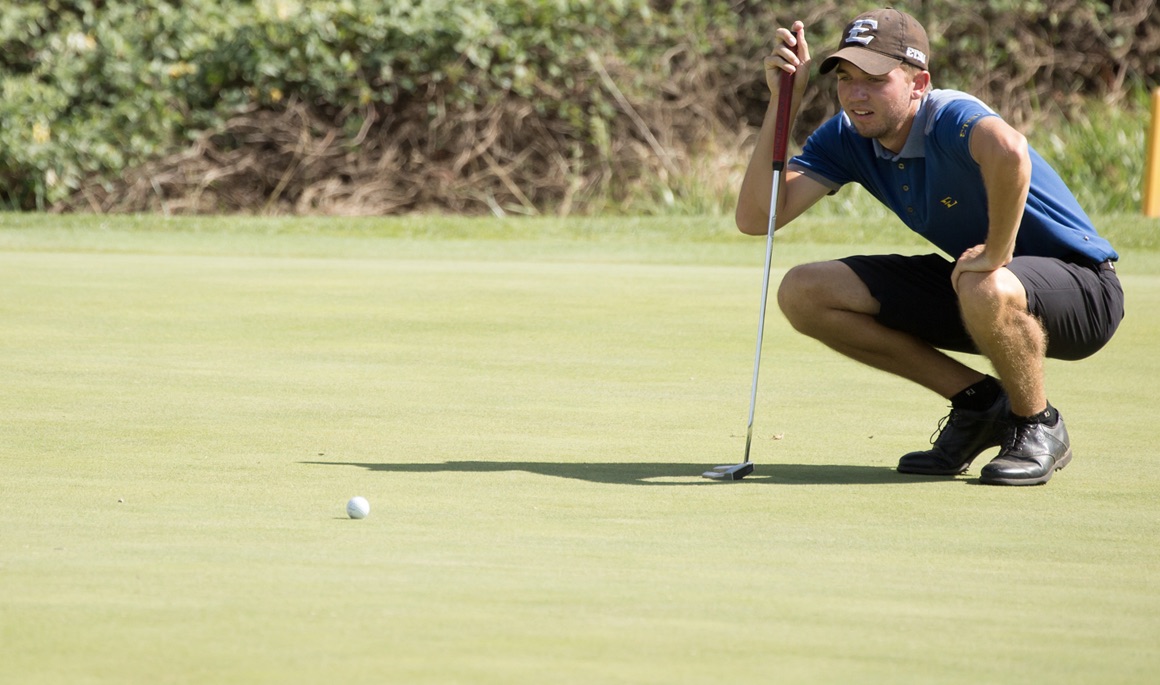 FRANKLIN, Tenn. (April 12, 2018) – Coming off its tournament win at the Wofford Invitational earlier in the week, the ETSU men’s golf team looks to carry that momentum into this weekend’s Mason Rudolph Championship as it gets underway Friday at the Vanderbilt Legends  Club.

ETSU rallied from a five-shot deficit to win by 13 strokes at the Wofford Invitational on Tuesday afternoon from the Country Club of Spartanburg … The Bucs fired a 12-under 276 in the final round to leap Wofford and Austin Peay for their fourth win in the tournament’s history … The Blue and Gold carded the sixth-best score in tournament history at 21-under-par 843.

The Bucs made it a clean sweep as junior Geuntae Kim (Daegu, South Korea) overcame a seven-shot deficit in the final round to capture his second collegiate win at 11-under-par 205 … Kim’s 54-hole score was tied for the sixth lowest mark in tournament history, which led him to receiving a pair of Southern Conference honors on Wednesday … Kim was named Golfer of the Week and Student-Athlete of the Week.

With the win on Tuesday, ETSU became the first school in the SoCon to claim a victory this season, while Kim is the third SoCon player to earn medalist honors in 2017-18 … ETSU has now won at least one tournament in its last six seasons.

Due to inclement weather expected to hit the region this weekend, the teams will play 36 holes on Friday  at 9 a.m. (EDT), while trying to fit the final 18 holes in on either Saturday or Sunday.

Florida won the 2017 team title and the Gators return to defend their title this weekend.

This marks the sixth straight year ETSU will be playing in the tournament with the Bucs placing fifth in 2015.

The Bucs will go with their same lineup that won this past week’s title at the Wofford Invitational – No. 1 Geuntae Kim, No. 2 Trevor Hulbert, No. 3 Shiso Go, No. 4 Jack Rhea (Jonesborough, Tenn.) and No. 5 Austin Carter (Kingsport, Tenn.).

Senior Cayman Ratliff (Kingsport, Tenn.) will play as an individual.

ETSU is paired with Charlotte and MTSU in the first round.

Live scoring for all three rounds will be provided viaGolfstat, while Twitter updates can be accessed by following @ETSU_MGolf.

Recaps following each round will be posted to ETSUBucs.com.