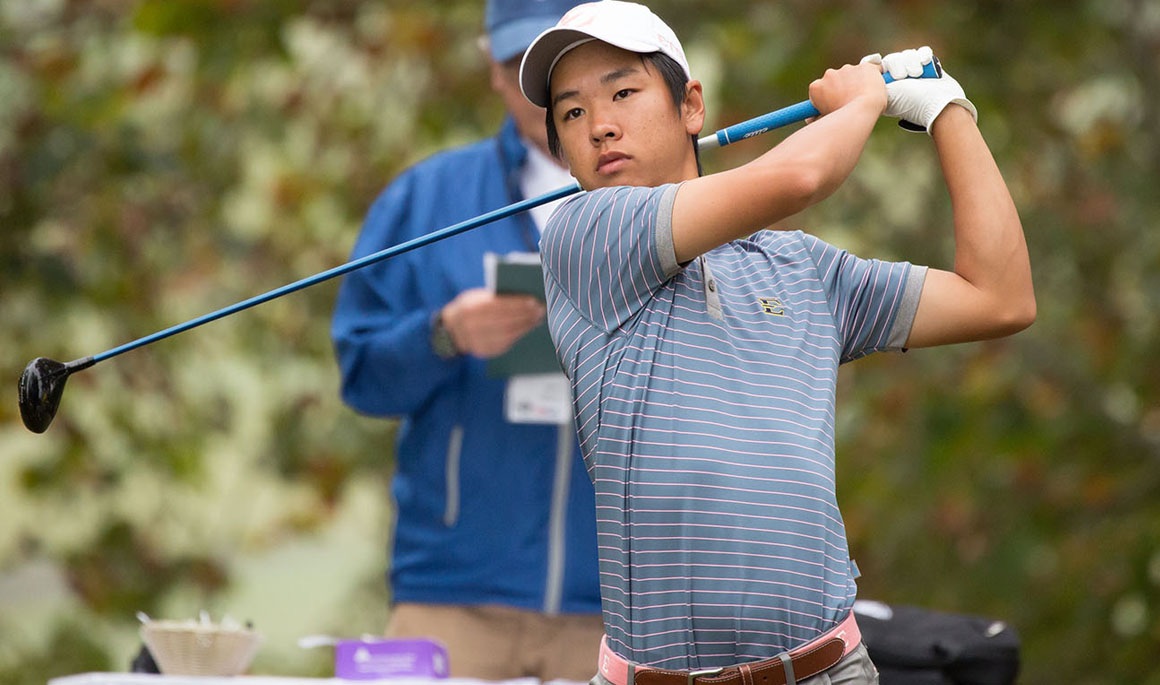 Go finishes strong in final round at Vanderbilt Legends Club

Go, who was coming off a sixth-place finish earlier in the week at the Wofford Invitational, fired a 1-under 70 in Sunday’s final round en route to finishing tied for 12th at 5-over-par 218 (73-75-70). The Buccaneer freshman moved nine spots up the leaderboard as he played the final four holes at 3-under to card the 70. Go began his run with a birdie on the par-4, 424-yard 15th – and after recording back-to-back pars on No. 16 and 17 – he finished the round with an eagle on the par-5, 522-yard No. 18, marking the first eagle of his collegiate career. Go was the only player to eagle No. 18 on Sunday.

The Bucs put together their lowest round of the tournament at 7-over 291 and finished tied for fifth at 31-over-par 883 (293-299-291). ETSU tied with No. 47 Louisville and Georgia in its final tune-up before defending the Southern Conference Championship next weekend in Pinehurst, N.C.

Vanderbilt swept both the team and individual titles at its home tournament. The third-ranked Commodores went low on Sunday at 6-under 278 to win by three shots over No. 7 Alabama and eight strokes over No. 46 Liberty. Vanderbilt totaled a team score of 1-over-par 853 (288-287-278).

Individually, John Augenstein, who was tied for the lead entering the round, registered a 54-hole score of 7-under-par 206 (70-69-67) and won by five strokes over Alabama’s Davis Shore. Augenstein broke away from the field by carding a 4-under 67 on Sunday.

ETSU returns to action next weekend as the Bucs begin play at the SoCon Championship on Sunday. The tournament will be held at Pinehurst No. 9.