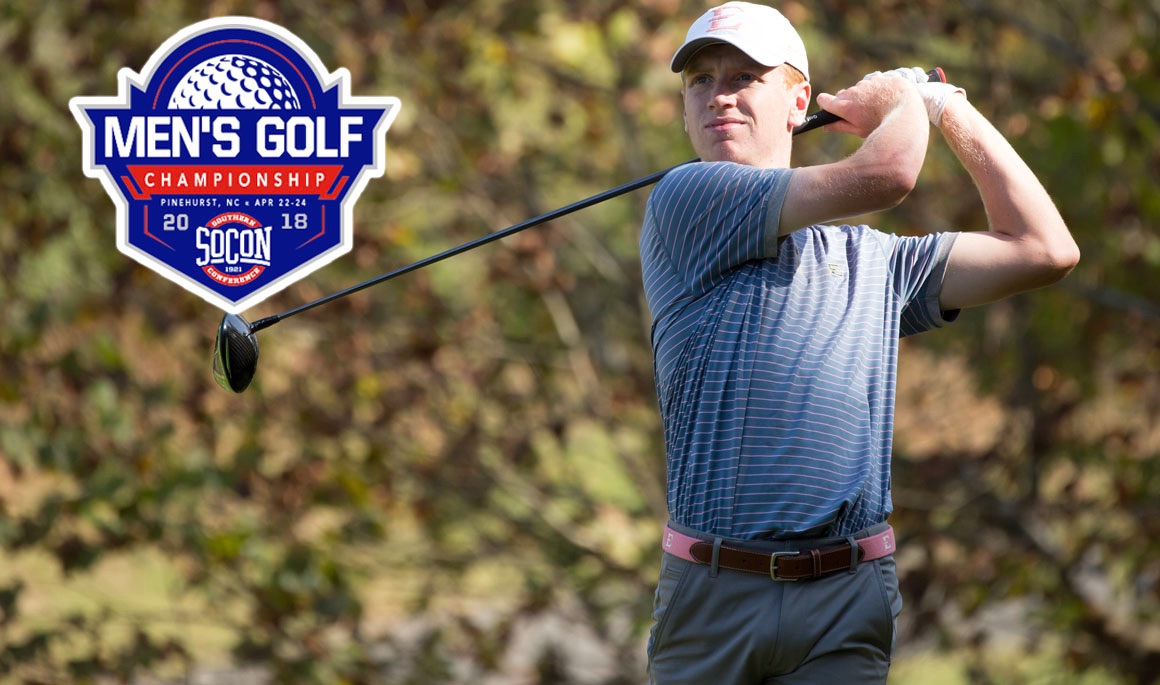 Bucs in second place at first round of SoCon Championship

PINEHURST, N.C. (April 22, 2018) – Led by freshman Jack Rhea (Jonesborough, Tenn.) and junior Geuntae Kim (Daegu, South Korea), the ETSU men’s golf team sits in second-place after the opening round of the Southern Conference Championship, which began Sunday at Pinehurst No. 9.

Rhea is in third-place at 1-under-par 71, while Kim – the defending champion – is tied for fourth at even-par 72. Rhea, who began the day with back-to-back bogeys, bounced back by playing the final 12 holes at 3-under par, which propelled him up the leaderboard. Following the consecutive bogeys, Rhea collected four straight pars before a birdie on the par-4, 421-yard No. 7 ignited his run. After making the turn, Rhea registered birdies on the two par-5s on the back nine – the 514-yard No. 10 and 530-yard, No. 15 – to help post a strong start in first-ever SoCon Championship. Meanwhile, Kim collected three birdies, 12 pars and three bogeys to finish with his 72. Kim ended the front nine with a birdie on the par-3, 177-yard No. 9 and wasted little time on the back nine as he recorded his second birdie on No. 10. From there, Kim bogeyed two of his next four holes but moved back to even after walking away with birdie on the par-4, 381-yard No. 16.

Samford’s Harlan Winn is the atop the individual leaderboard as he carded a 3-under-par 69 and holds a one-shot lead heading into Monday’s second round play. Chattanooga’s Will Porter is in second at 2-under-par 70, with Rhea right behind in third, two shots off the pace.

The Bucs, who have won this tournament the last three years, shot a 4-over-par 292 on Sunday and trail leader Chattanooga by two strokes. The Mocs put three players in the top six and all four counting scores in the top 11 en route to posting a 2-over-par 290. UNCG is in third-place at 9-over-par 297, while Furman (+13) and Samford (+15) round out the top-five, respectively.

Sophomore Trevor Hulbert (Orlando, Fla.) is tied for 11th at 2-over-par 74, while freshman Shiso Go (Kanagawa, Japan) is tied for 14th at 3-over-par 75. Hulbert generated three straight birdies on No. 8, 9 and 10 to get to one-under; however, the Orlando, Fla. native played the final five holes a three-over-par as he ended the day with back-to-back bogeys. Go, who was even through eight and 1-over through 12,  bogeyed two of his final five holes to finish with the 75.

Monday’s second round gets underway at 8 a.m., while the Bucs, who are paired with Chattanooga, start at 8:45. Live scoring is provided via Golfstat. Recaps and scores will be posted on ETSUBucs.com following each round, while Twitter updates can be accessed by following @ETSU_MGolf.