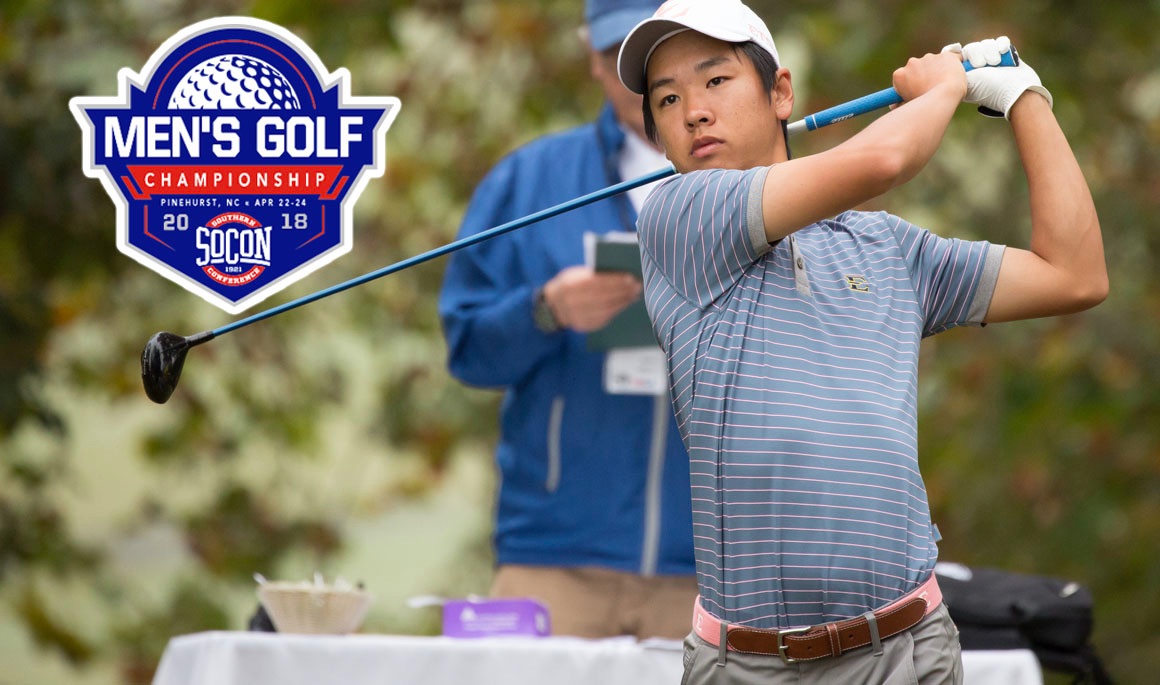 Freshman Shiso Go fired a 1-under 71 to move eight sports up the leaderboard on Monday.
Bucs have three in the top-10 at SoCon Championship
Related Links

Go, Rhea and Kim are all in the top-10; ETSU remains in second following 36 holes at Pinehurst

PINEHURST, N.C. (April 23, 2018) – Despite having three individuals in the top-10, the ETSU men’s golf  team was unable to gain ground on the leader as the Buccaneers concluded second round play at the Southern Conference Championship on Monday from Pinehurst No. 9.

Go led the Blue and Gold on Monday as he carded a 1-under 71 to move eight spots up the leaderboard, while Rhea – who posted pars on his first 10 holes – recorded three bogeys over his final eight holes to finish at 3-over 75. Go bounced back from a bumpy start as he bogeyed two of his first three holes; however, he registered three birdies on his last six holes via the front nine to get to 1-under for the round. From there, Go tallied one birdie, seven pars and one bogey on the back nine to finish with the 71.

Go and Rhea enter Tuesday’s final round three shots off the lead as a group of four golfers are tied for first at 1-under-par 143. Furman’s Keller Harper is joined by three UNCG golfers, including Josh Stockwell, who went low at 3-under 69 on Monday.

As a group, ETSU, who entered the day two shots off the lead, shot a 14-over-par 302 on Monday and trails leader UNCG by 12 shots. The Spartans fired a 3-under 285 en route to leaping both the Bucs and Chattanooga in round two. UNCG is at 6-over-par 582 after 36 holes, while Chattanooga, the first round leader, is also tied second. Furman (+19) and Mercer (+37) round out the top-five.

Tuesday’s final round is scheduled to begin at 7:30 a.m. The Bucs tee off from No. 1 and will be grouped with Furman.

Live scoring is provided via Golfstat. Recaps and scores will be posted on ETSUBucs.com following each round, while Twitter updates can be accessed by following @ETSU_MGolf.