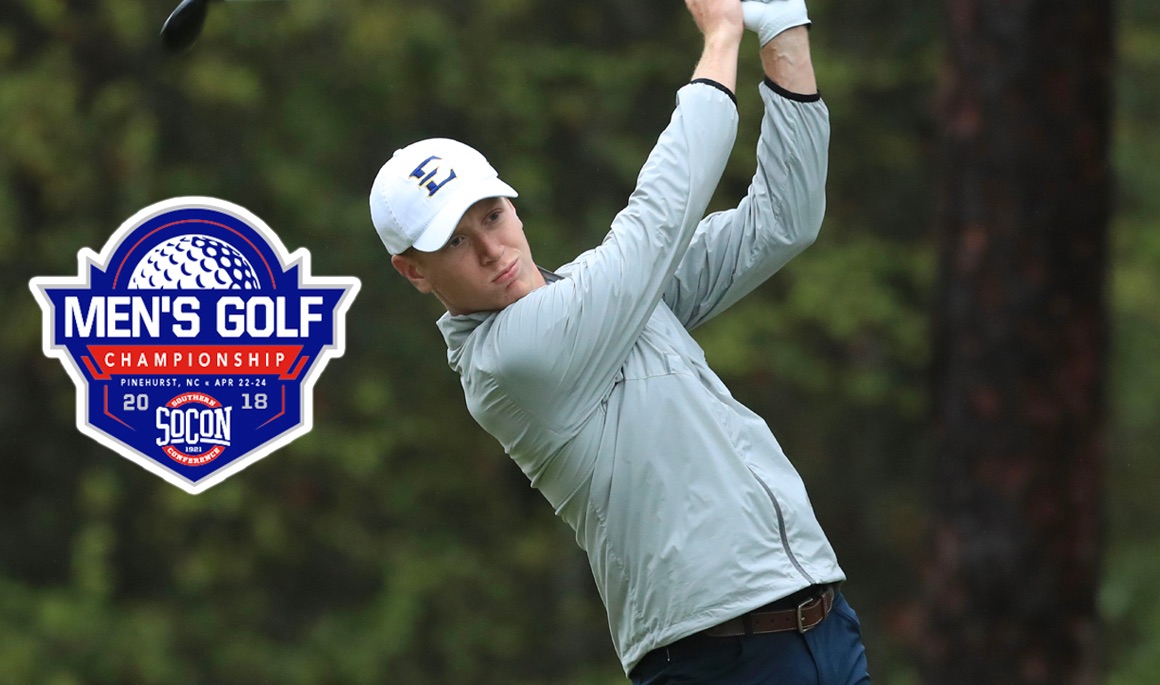 PINEHURST, N.C. (April 24, 2018) – A fourth straight conference title was not in the books for the ETSU men’s golf team.

For the first time since rejoining the league in 2015, the Buccaneers were not atop the leaderboard at the Southern Conference Championship as ETSU placed third, while freshman Jack Rhea (Jonesborough, Tenn.) finished sixth after the conclusion of Tuesday’s final round at Pinehurst No. 9.

Rhea, one of three freshmen in the Bucs’ lineup this week, posted a tournament score of 4-over-par 220 (71-75-74). The Jonesborough, Tenn. native got off to a strong start on Tuesday as he birdied two of his first three holes; however, things shifted with a bogey on the par-5, 571-yard No. 4. From there, Rhea went par, double-bogey, bogey, before collecting a birdie on the par-5, 535-yard No. 8. Rhea moved to 1-over for the round with his fourth birdie of the day on No. 10, but a bogey on the par-5, No. 15 moved him back to 2-over 74. Rhea led the tournament field with 37 pars, while ranking second in par-3 scoring for the tournament at 1-over-par.

Following the tournament, the league coaches voted on the all-conference team. Go and Kim both earned all-SoCon honors, while Rhea and Go landed spots on the all-freshman team. Furman’s Keller Harper was named Player of the Year, Lyerly was tabbed Freshman of the Year and UNCG’s Terrance Stewart was selected Coach of the Year.

The Bucs, who entered the tournament ranked No. 75 via Golfstat, will now wait to see if they receive an at-large berth to the NCAA Regional. The regionals will be announced on Wednesday, May 2 at 5:30 p.m., on the Golf Channel.