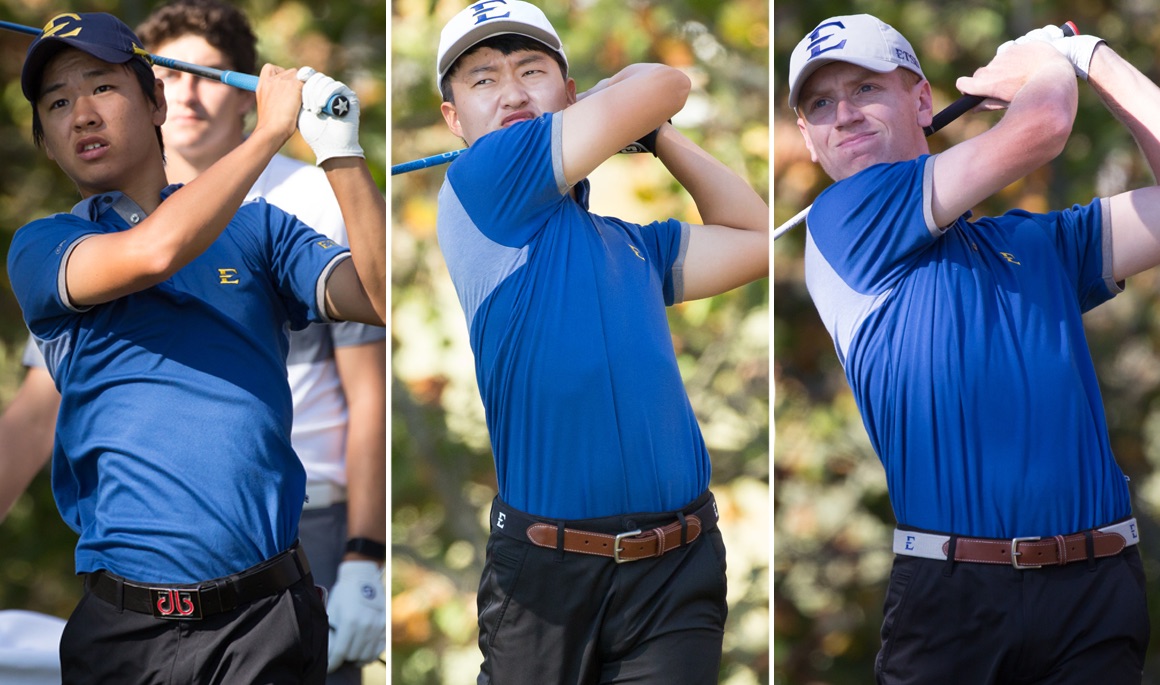 Kim has played in all 11 tournaments for the Blue and Gold, and ranks fifth in the SoCon in scoring average (72.94). The Buccaneer junior has totaled two top-10 finishes, including a win at the Wofford Invitational on April 10. The 2017 SoCon medalist rallied from seven shots back on the final day to win the Wofford Invitational at 11-under-par 205 en route to earning SoCon Golfer of the Week and Student-Athlete of the Week honors. Kim finished tied for seventh at this week’s conference championship, while turning in an 11th-place finish at the Louisville Cardinal Challenge on Oct. 1. Kim posted two rounds in the 60s, which included a career-best 6-under 66 in the final round of the Wofford Invitational.

Go has put together a strong freshman season for the Bucs as his 72.53 scoring average leads the team, ranks second in the SoCon and tops all freshmen in the conference. The Buccaneer rookie has played in all 11 tournaments this season for the ETSU, while carding three rounds in the 60s and 16 rounds of par or better. Go’s top single-round performance came in round two of the Bank of Tennessee Intercollegiate where he broke the tournament record by firing a 9-under 63. Go posted the first of two top-10 finishes at the Wofford Invitational (T6), while he finished tied for seventh at this week’s SoCon Championship. Overall, Go turned in countable scores in 29 of his 32 rounds played this season.

Like his counterparts, Rhea has also played in all 11 tournaments for ETSU this season. The Jonesborough, Tenn. native ranks 15th in the SoCon in scoring average (73.91), which is also the third-best mark among freshmen. Rhea led the Blue and Gold at this week’s SoCon Championship by turning in a sixth-place finish, while his top collegiate finish came at his home tournament back in October. Rhea finished tied for fourth at the Bank of Tennessee Intercollegiate with a score of 10-under-par 206, marking the third-lowest score by a Buccaneer in the 20-year history of the tournament. Rhea registered 10 rounds of par or better during his rookie season, while giving the Blue and Gold 24 countable scores in his 32 overall rounds played.

Furman’s Keller Harper was named Player of the Year, Lyerly was tabbed Freshman of the Year and UNCG’s Terrance Stewart was selected Coach of the Year.