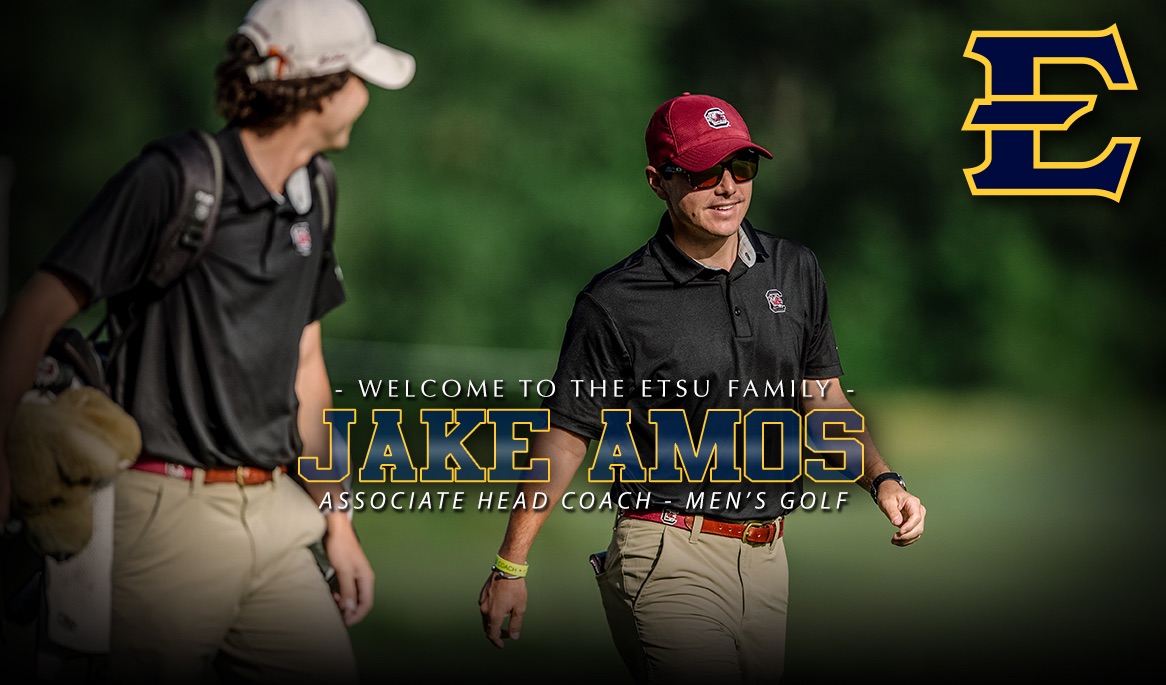 “I am very excited about the opportunity to be a part of the ETSU family. Coach Warren has built a program with great tradition and success, and I hope to help continue that run,” said Amos. “I have been a huge admirer of ETSU golf and coach Warren for a long time. I remember wanting to go there when I was being recruited to play college golf. I am delighted to have finally made it to Johnson City.

“I have been fortunate enough to have had some great mentors and worked under some incredible coaches during my time in college golf. I can’t wait to work, use what I have learned and continue to grow the success of ETSU golf.”

“Jake is unquestionably one of the top young assistant coaches in the sport of men's golf, and I am so delighted he is joining our program,” said Warren. “I have known Jake since he played on England's Boys Team a number of years ago, and although I was impressed with him as a player, I was just as impressed with him as a person. He has a bright future in coaching and I am looking forward to having Jake as our associate head coach."

During his time at South Carolina, the Gamecocks made back-to-back NCAA Regional appearances, while totaling 13 top-five finishes, including wins at the 2017 Camden Collegiate Invitational and Hootie at Bulls Bay Intercollegiate. The Gamecocks also posted runner-up finishes at the 2017 Ka’anapali Collegiate Classic in Hawaii and 2016 Camden Collegiate Classic. This past season, South Carolina just missed advancing to its fourth NCAA Championship in the last five years, while posting its fourth-lowest scoring average in program history at 286.97. In 2016-17, the Gamecocks advanced to the first ever SEC Match Play after placing fifth in the stroke play format at the SEC Championships. Amos helped coach Keenan Huskey to Golfweek All-American honors, while he and Scott Stevens were named second team All-SEC and selected to the PING All-Southeast Region team in 2016-17. Huskey finished his illustrious Gamecock career second on the career scoring average list (71.66) and tied for sixth all-time with 16 career top-10s. This past season as a junior, Stevens led the team with a 71.44 scoring average, two top-five finishes, and seven top-20s, which included runner-up medalist honors and a tied for 11th showing at the NCAA Regional. Stevens currently ranks third on the Gamecock career scoring average list (71.98).

A native of Leicester, England, Amos represented his native country internationally at both the under-16 and under-18 levels. His wife, Dani, is a native of Barnwell, S.C., and the couple welcomed their first child, Jenson King, in September.