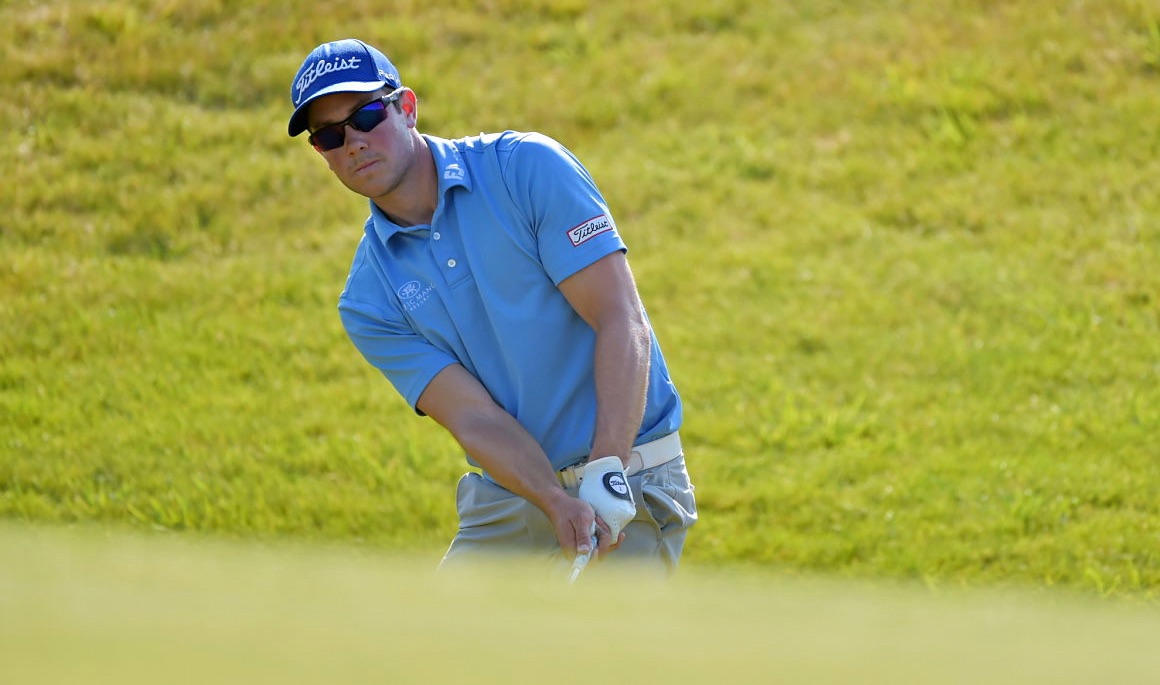 Former Buccaneer All-American tees off at 5:05 a.m. EDT in Sunday’s final round

CARNOUSTIE, Scotland (July 21, 2018) – After carding a 1-under 70 in Saturday’s third round of the 147th Open Championship, former Buccaneer All-American Rhys Enoch moved into a tie for 56th at 2-over-par 215 following 54 holes of play at Carnoustie.

Enoch, who was paired with reigning Masters champion Patrick Reed, totaled seven birdies, six bogeys and five pars on his third-round scorecard. The Welshman bogeyed two of his first three holes, but he quickly rebounded with three straight birdies, before moving back to even with another bogey on the par-4, No. 7. After recording back-to-back pars on No. 8 and 9, Enoch bogeyed the par-4, 10th, but like he did on the front nine, Enoch strung together another run of birdies. Enoch birdied three of his next four holes to get to 2-under, but bogeys on No. 15 and 17 moved him back to even. The Buccaneer ended the round on a positive note as he collected his seventh birdie on the tough par-4, 18th to finish with the 70.

Enoch will be paired with England’s Matthew Southgate in Sunday’s final round, and they tee off Sunday at 5:05 a.m. EDT.

A trio of golfers, which includes defending champion Jordan Spieth, are tied atop the leaderboard at 9-under-par 204. Spieth is joined by Xander Schauffele and Kevin Kisner for a share of the 54-hole lead.

The Golf Channel will provide live television coverage of Sunday final round beginning at 4:30 a.m. EDT, while coverage will move to NBC starting at 7 a.m. Live streaming can be accessed via TheOpen.com.