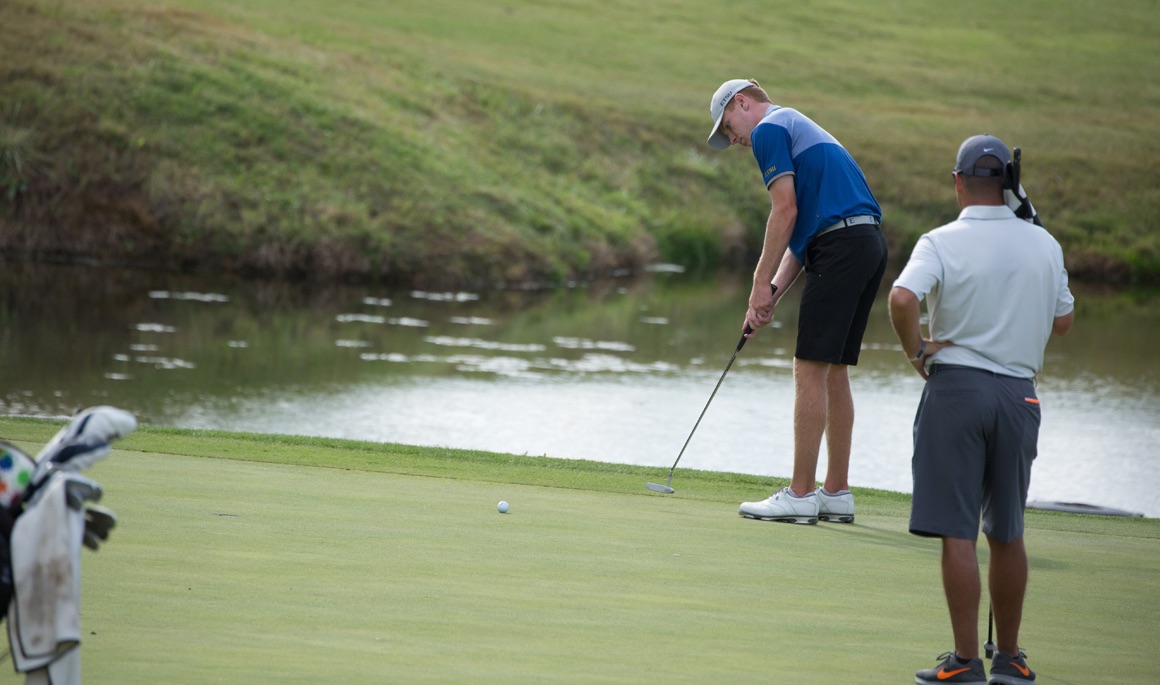 Rhea drops heartbreaker to No. 33 Murray in round of 64 at U.S. Amateur
Related Links

PEBBLE BEACH, Calif. (Aug. 15, 2018) – Despite battling all afternoon against No. 33-ranked Zach Murray in the first round of match-play at the U.S. Amateur, ETSU rising sophomore Jack Rhea (Jonesborough, Tenn.) could not extend his stay at Pebble Beach another day.

After landing his second shot 20-feet of the hole on the par-5, 18th, Rhea needed to sink the eagle putt to extend the match. Unfortunately, Rhea suffered a heartbreaking moment as his eagle putt lipped out, resulting in Murray winning the match, 1-up.

Rhea, who advanced to match play after finishing tied for 10th in the 36-hole stroke play event, never trailed by more than one hole all afternoon. After dropping the par-4, 513-yard No. 2, the Jonesborough, Tenn. native bounced back with a birdie putt on the par-3, 180-yard No. 5 to pull even. From there, Murray went back up one by posting a birdie on the following hole; however, Rhea continued to keep his composure and registered a birdie on No. 7 and then a par on No. 9 to take his first lead of the match.

Rhea was then 1-up heading to the tee box on the par-4, 448-yard No. 13, but Murray posted consecutive birdies on No. 13 and 14 to go back ahead. Like he did all afternoon, Rhea continued to battle and pulled all-square following a par on the 394-yard, 15th. After both golfers halved the par-4, 402-yard 16th, Murray took the lead for good after making a birdie putt on the par-3, 17th.

Rhea did not go down without a fight, but after Murray made his birdie putt on No. 18, the Buccaneer standout needed to drain his 20-foot eagle attempt. Rhea’s line was spot on, but as the ball hit the left edge of the cup, it dropped and then lipped out – giving Murray the win.