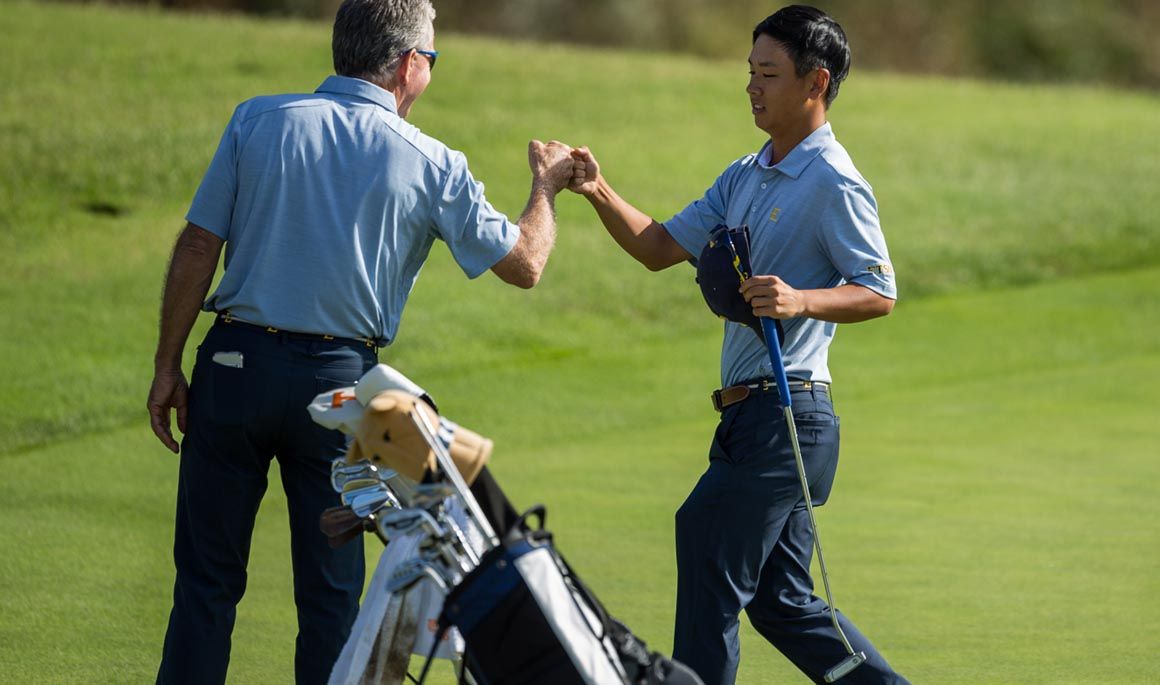 ALPHARETTA, Ga. (Oct. 17, 2018)– Fresh off its win at the Bank of Tennessee Intercollegiate, the ETSU men’s golf team looks to carry that momentum into this weekend’s Golf Club of Georgia Collegiate, which gets underway Friday morning from the Lakeside Course.

ETSU captured its first-ever win at the Bank of Tennessee Intercollegiate last weekend as the Bucs fired a 32-under-par 832 (270-279-283) to hold off then-No. 12 Louisville by one shot and then-No. 6 Tennessee by three strokes … The win was the first for the Blue and Gold in the 21-year history of their home tournament.

Sophomore Shiso Go (Kanagawa, Japan) is coming off a strong showing from his home tournament as he finished runner-up at 14-under-par 202 … Go, who tied his own tournament record with a 9-under 63 in last Friday’s opening round, posted his best collegiate score and finish last weekend at the Blackthorn Club.

The Bucs are the only team in the Southern Conference to have four players ranked in the top-13 in stroke average among conference players … Go ranks fourth at 70.58, fellow sophomore Jack Rhea (Jonesborough, Tenn.) is fifth at 70.75, senior Geuntae Kim (Daegu, South Korea) is sixth at 71.17 and redshirt junior Trevor Hulbert (Orlando, Fla.) is 13th at 73.00.

As a team, ETSU leads the SoCon with a 284.83 team stroke average, while the Bucs are one of two teams in the league to win a tournament this fall (Chattanooga).

The three-day, 54-hole tournament will be held at the Golf Club of Georgia Lakeside Course from Oct. 19-21.

Previously known as the United States Collegiate Championship, the tournament received a new name in 2016 – Golf Club of Georgia Collegiate Invitational – but it’s still viewed as one of the most premier tournaments in collegiate golf.

This marks the 13th year of the prestigious tournament, with ETSU and host Georgia Tech being the only two teams to play in all 12 of the previous tournaments … The Bucs’ best finish came in 2007 when ETSU placed seventh.

ETSU is paired with TCU and a group of individuals on Friday … The Bucs tee off at starting at 9:55 a.m. from No. 10.