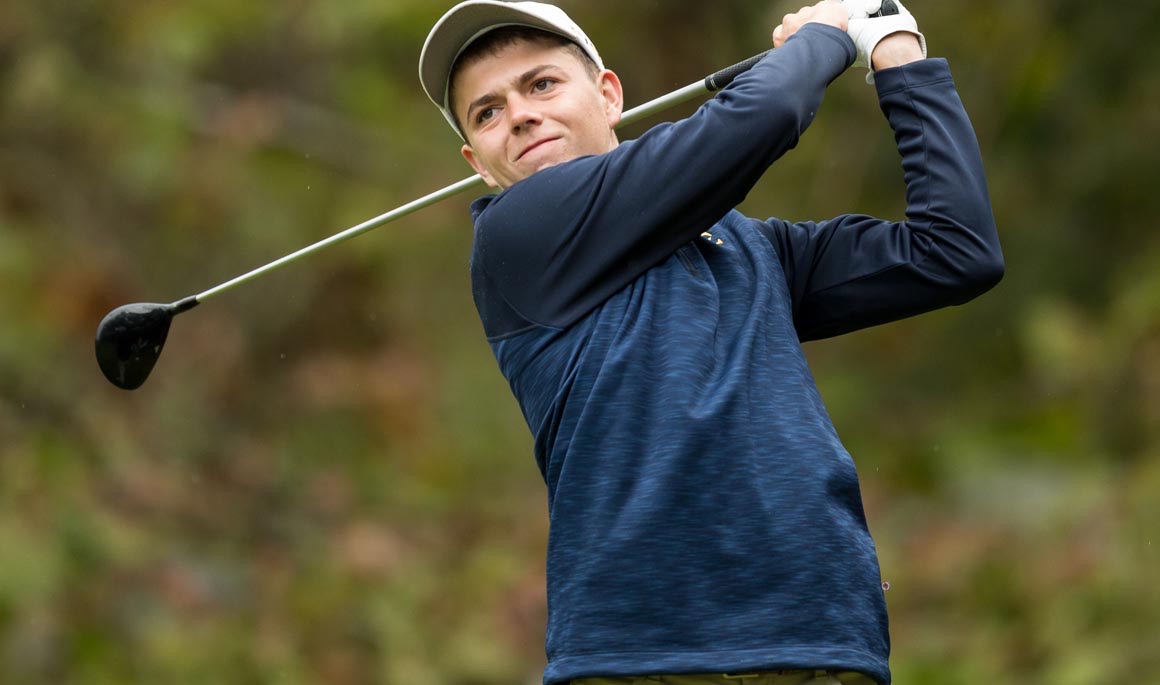 ALPHARETTA, Ga. (Oct. 20, 2018)– Facing one of the strongest fields this fall season, the ETSU men’s golf team concluded second round play at the Golf Club of Georgia Collegiate Invitational on Saturday afternoon from the Lakeside Course.

The Bucs, who are facing five teams ranked in the top-10, seven in the top-25 and 11 in the top-50, are led by senior Geuntae Kim (Daegu, South Korea) as he is tied for 21st at 1-under-par 143 following 36 holes of competition. Kim shot a 2-over 74 on Saturday, while sophomore Austin Carter (Kingsport, Tenn.) posted the lowest score by a Buccaneer – firing a 1-under 71. Carter’s 71 marked a season low for the Kingsport native.

Southern California’s Justin Suh – the 13th-ranked player via Golfstat – recorded his second straight round of 5-under 67 to take a two-shot lead at 10-under-par 134. Clemson’s Turk Pettit is in second at 8-under-par 136, while five players are tied for third at 7-under-par 137.

Clemson entered the day six shots behind No. 3 Georgia Tech, but the 15th-ranked Tigers moved into the team lead after totaling an 8-uder 280 on Saturday. Clemson sits at 20-under-par 556 for the tournament en route to holding a one-stroke lead over No. 11 Wake Forest. No. 10 USC is in third at 18-under-par 558 and Georgia Tech dropped to fourth at 17-under-par 559. No. 5 Alabama rounded out the top-five at 12-under-par 564.

Sophomore Shiso Go(Kanagawa, Japan) will look to carry momentum into the final round as he birdied four of his final nine holes, including the last three to end Saturday’s round. Go finished at a 1-over 73 in round two and is tied for 57th at 5-over-par 149.

The Bucs will be paired with New Mexico and a group of individuals in Sunday’s final round. ETSU tees off from No. 10 starting at 9:55 a.m.

Live scoring for the tournament is be provided via Golfstat. Recaps and scores will be posted on ETSUBucs.com following each round, while Twitter updates can be accessed by following @ETSU_MGolf.