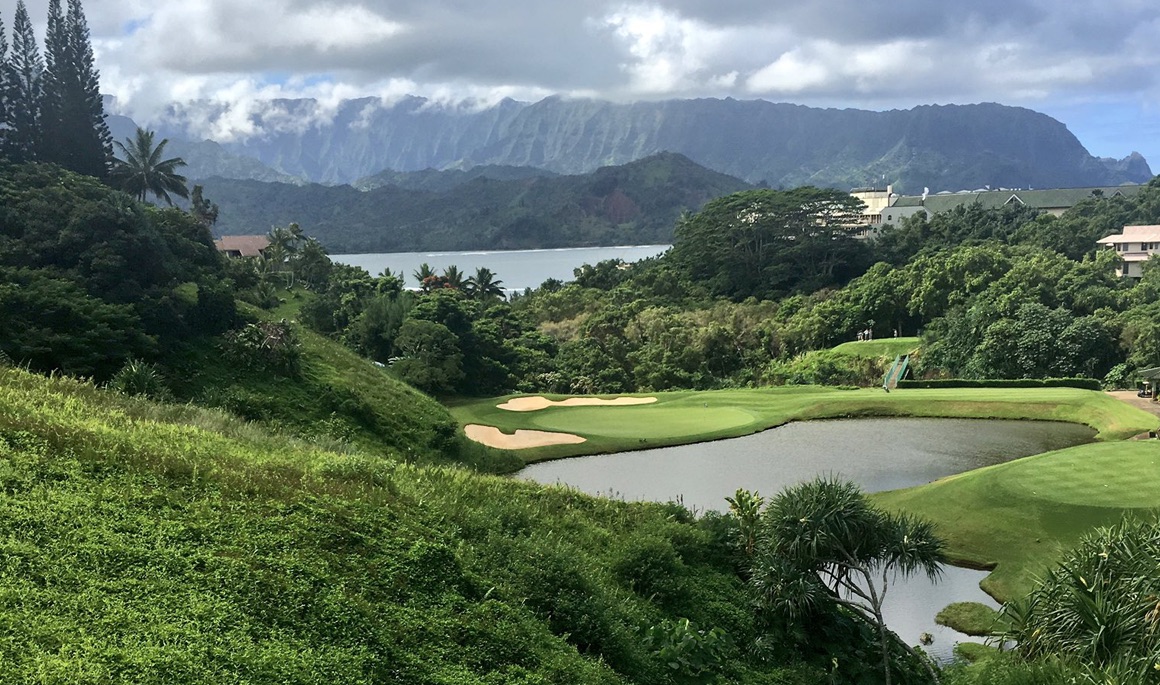 KAUAI, Hawaii (Oct. 27, 2018)– The ETSU men’s golf team heads to Hawaii to conclude its fall campaign, as the Buccaneers gear up for the Warrior Princeville Makai Invitational, which begins Sunday at the Princeville Makai Golf Club.

This marks the sixth tournament this fall for the Blue and Gold, which began back on Sept. 8 at the Rod Myers Invitational.

ETSU has recorded one tournament win this fall as the Bucs claimed their first-ever title at the Bank of Tennessee Intercollegiate … The Blue and Gold totaled the second-lowest team score in tournament history at 32-under-par 832.

Through five fall tournaments, Go, Kim and Rhea all have stroke averages below 72.0 … Go and Kim both have identical marks at 71.33, while Rhea is just behind at 71.6.

The three-day, 54-hole tournament will be held at the Princeville Makai Golf Club from Oct. 28-30.

Louisville returns to defend its team title as the Cardinals posted a 56-under-par 808 en route to winning by nine shots over San Diego State.

This is the seventh straight year the Bucs are playing in this tournament, with their best finish coming in 2012 when ETSU placed fourth.

Freshman Dhaivat Pandya (Dayton, Ohio) will play as an individual.

ETSU is paired with Hawaii, Pepperdine and Sam Houston State in Sunday’s opening round … ETSU tees off at 2 p.m. EDT.