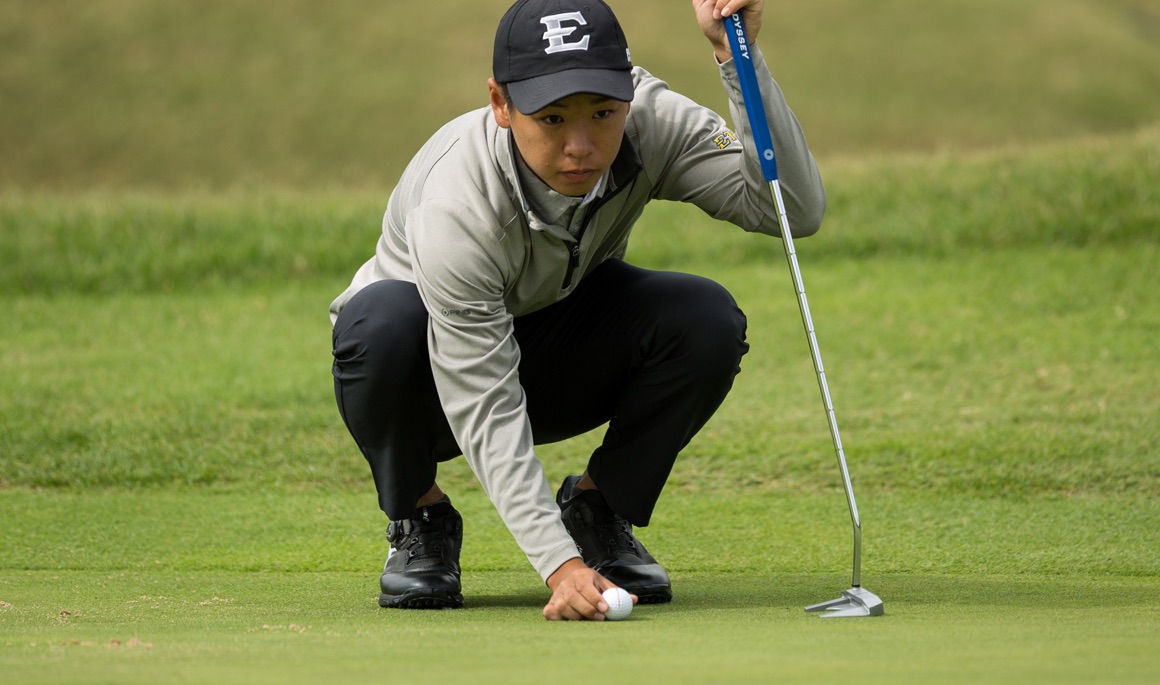 KAUAI, Hawaii (Oct. 28, 2018) -- Shiso Go(Kanagawa, Japan) put together a strong finish in the opening round of the Warrior Princeville Makai Invitational, as the ETSU sophomore led the Buccaneer men’s golf team on Sunday from the Makai Golf Club.

Go gave himself something to build upon as he heads into Monday’s second round as he eagled his final hole – the par-5, 567-yard No. 18 – to finish tied for 30th at 1-under-par 71. Go played the front nine at even-par following one birdie, seven pars and one bogey, while then parring the first five holes following the turn. From there, Go bogeyed the par-4, 15th – but after bouncing back with back-to-back pars – he landed his second eagle of the season to finish below par for the round.

Meanwhile, sophomore Jack Rhea (Jonesborough, Tenn.) and redshirt junior Trevor Hulbert (Orlando, Fla.) strung together solid finishes to both sit tied for 41st at even-par 72. Rhea had a roller coaster round as he collected seven birdies, seven pars, two bogeys, one double-bogey and one triple-bogey. However, the Jonesborough, Tenn. finished with a flurry of birdies as he sat four-over thru 13 holes, but Rhea then birdied three consecutive holes on No. 14, 15 and 16 before sinking another birdie on his final hole to post the 72.

Hulbert’s round was less eventful as he totaled two birdies, 14 pars and two bogeys, but the Orlando, Fla. native played his final seven holes at one-under to finish with the 72.

Pepperdine holds the team lead by three shots over No. 37 Ole Miss and five strokes over UAB. The 11th-ranked Waves carded a 15-under-par 273 on Sunday. No. 44 Purdue (7-under) and Cal State Fullerton (6-under) rounded out the top five.

Individually, Josh Seiple of Ole Miss fired a 7-under 65 and holds a one shot lead over a group of four golfers that are tied for second at 6-under 66.

The second round is scheduled to get underway Monday afternoon at 2 p.m. ET.

Live scoring for all the tournament is provided via Golfstat. Recaps and scores will be posted on ETSUBucs.com following each round, while Twitter updates can be accessed by following @ETSU_MGolf.