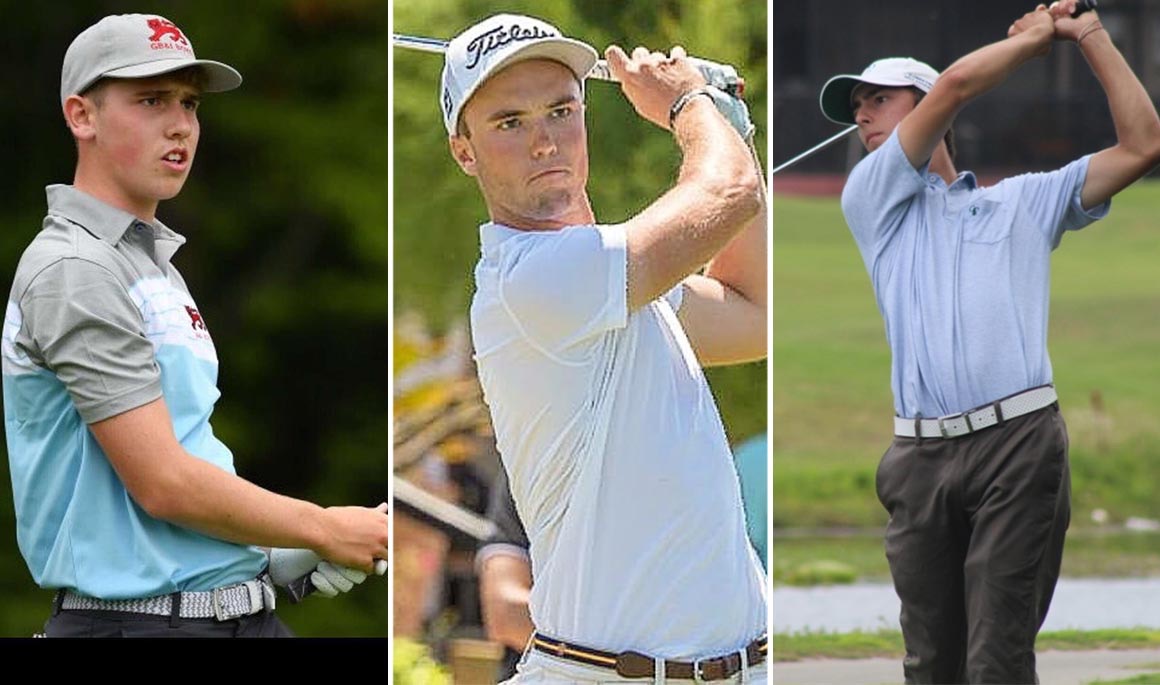 From L-R: Archie Davies, Samuel Espinosa and Remi Chartier have signed to play at ETSU starting in the fall of 2019.
Men’s Golf inks three during signing period

CHARTIER ON SIGNING WITH ETSU…

I am very excited to get started at ETSU next fall. I am looking forward to being with such a hard-working team and a great coach for four years. I am very honored to be a Buccaneer and hope to accomplish as much as I can at ETSU.

DAVIES ON SIGNING WITH ETSU…

ETSU has great history and strong reputation among collegiate golf. The program has had world class players, including some from GB&I. I love their state-of-the-art practice and playing facilities, while the coaching staff always builds a competitive schedule. Coach Warren and Coach Amos will continue to build teams that compete at the highest level and I hope to be able to contribute to their success.

ESPINOSA ON SIGNING WITH ETSU…

I believe ETSU is a fantastic place to grow my golf career as well improve my education in either business or engineering. I look forward to being challenged and improving my game, while helping the team reach its goal of winning championships.