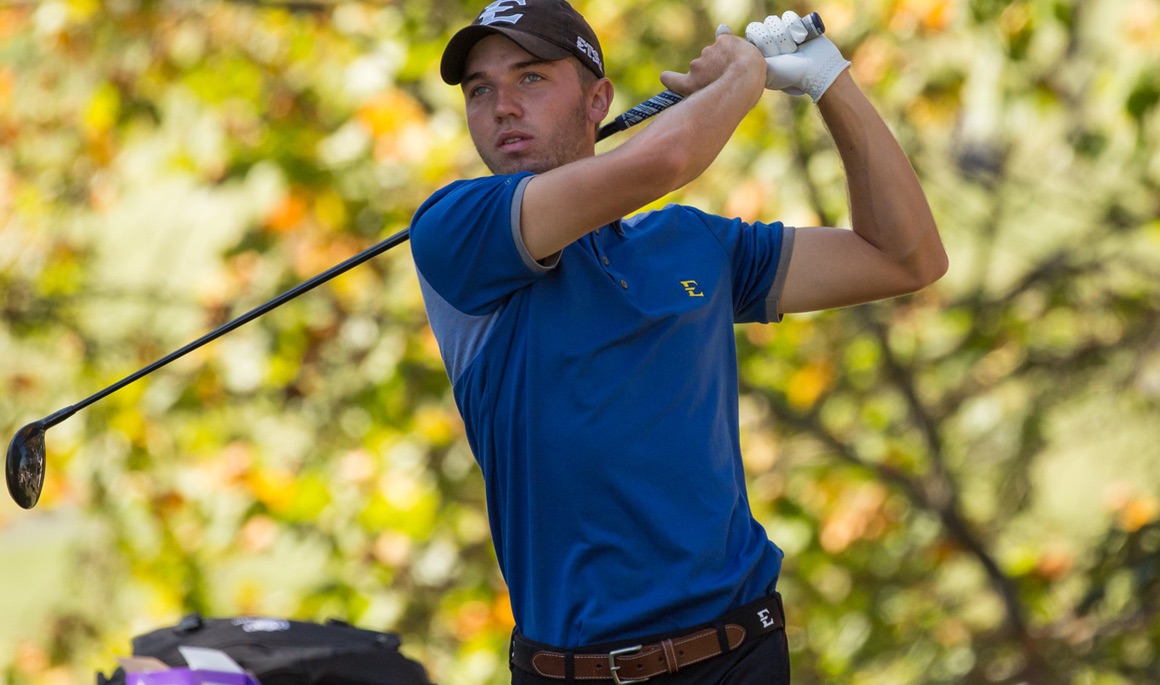 LA QUINTA, Calif. (Feb. 20, 2019) -- Playing in its first tournament of the spring season, the ETSU men’s golf team was led by Trevor Hulbert (Orlando, Fla.) as the Buccaneer redshirt junior posted a top 20 finish at The Prestige presented by Charles Schwab, which concluded on Wednesday from the Greg Norman Course at PGA West.

Hulbert finished the tournament tied for 19th at 5-over-par 218 (72-71-75), while sophomore Jack Rhea (Jonesborough, Tenn.) ledthe Blue and Gold with a 1-over 72 in the final round to finish tied for 24th at 6-over-par 219 (73-74-72). Hulbert finished the day by playing the final four holes at two-under after registering consecutive birdies on No. 15 & 16, and Rhea – who totaled five birdies on the day – moved up eight spots following his 72. The Buccaneer sophomore collected four birdies over his first eight holes; however, a triple-bogey on the par-4, 481-yard No. 7, along with three bogeys over his first four holes following the turn, hindered his chances for a lower score.

Oklahoma State’s Viktor Hovland – the No. 3 ranked player via Golfstat – earned medalist honors after edging out 36-hole leader Brandon Wu by one stroke. Hovland carded a 5-under 66 on Wednesday to finish at 8-under-par 205 (68-71-66) for the tournament.

Kim led the Bucs with 39 pars on the week, while Hulbert’s nine birdies paced the Blue and Gold.

The Bucs return to action on Monday, March 11 when ETSU heads to Myrtle Beach, S.C., for the General Hackler Championship.