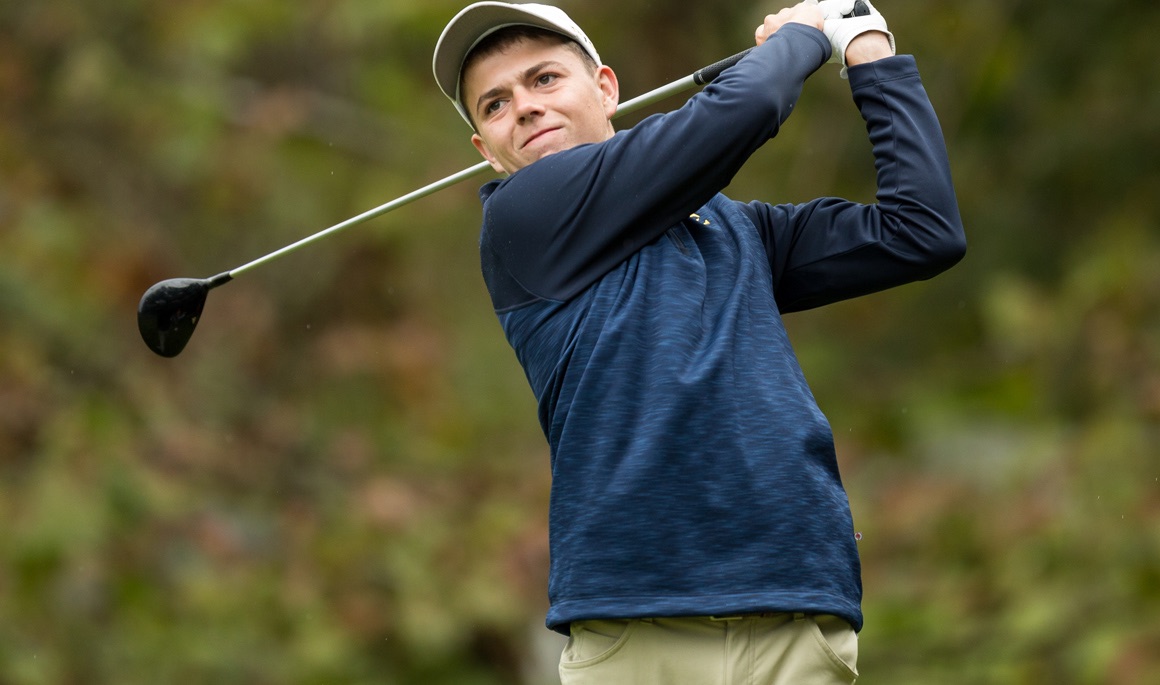 Carter, who was playing as an individual for the tournament, recorded his second-lowest collegiate finish after tying for 29th at 3-over-par 219 (79-73-67). The Kingsport, Tenn. native moved up 38 spots on the leaderboard after registering six birdies, 11 pars and one bogey in Tuesday’s final round. Carter began the day with a birdie on the par-4, 380-yard No. 10, while collecting back-to-back birdies on No. 16 and 17 to make the turn at three-under. From there, Carter went par-birdie-par-birdie and recorded his final birdie on the par-5, 538-yard No. 8, before ending the round with a par to finish with the 67. Carter’s previous low collegiate round was a 69, which was set at last year’s Golf Club of Georgia Collegiate. Six-under matched the lowest round on Tuesday, which was held by three golfers.

Wake Forest’s Cameron Young overcame a one-shot deficit to claim medalist honors by two strokes. Young totaled a 2-under 70 on Tuesday and finished with a 54-hole score of 12-under-par 204 (66-68-70). Kentucky’s Lukas Euler finished runner-up at 10-under-par 206, while a group of three golfers finished tied for third at 9-under-par 207.

ETSU now heads over to Statesboro, Ga. to play in the Schenkel Invitational, which gets underway Friday morning from Forest Heights Country Club.