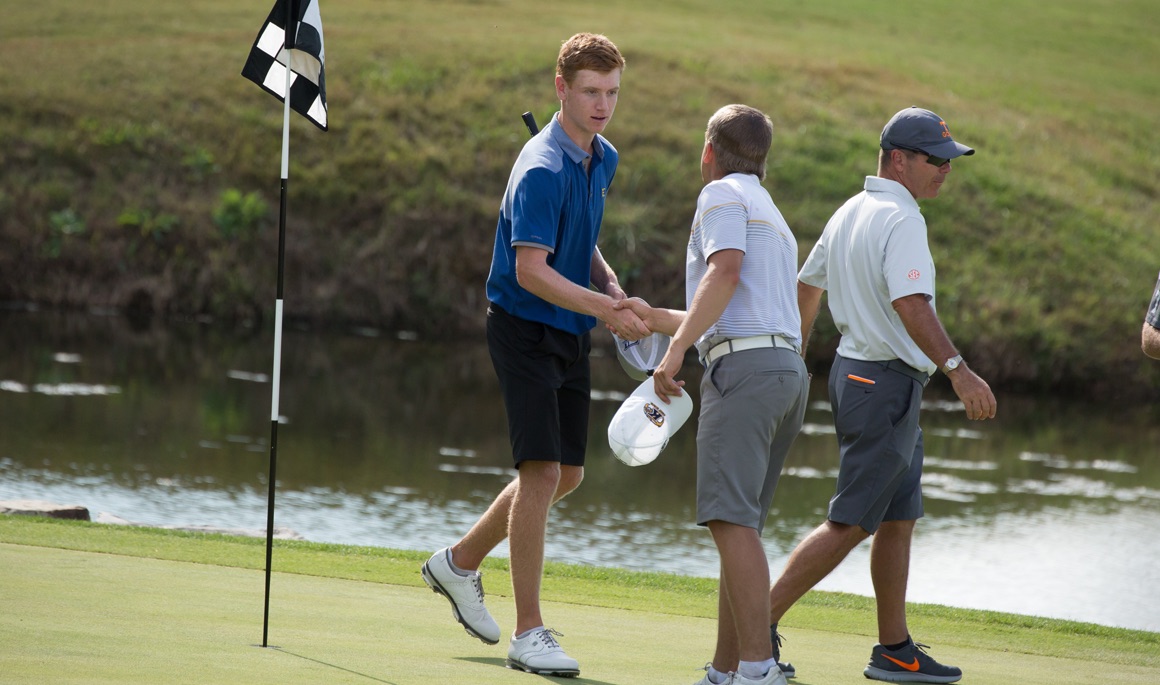 Rhea, who carded a 1-under 70 in the final round of the Mason Rudolph Championship, finished tied for 13th at 4-under-par 209 (72-67-70) from the Vanderbilt Legends Club South Course. Despite dealing with a pair of weather delays, Rhea battled through the elements to register three birdies, 13 pars and two bogeys in the final round – marking his eighth top-25 finish in 10 starts this season.

Vanderbilt defended its title as the fourth-ranked Commodores shot a 14-under 270 on Sunday to finish at 29-under-par 823 on the weekend – strong enough for a 17-stroke win over No. Liberty and an 18-stroke advantage over No. 25 Tennessee.

The Bucs posted a 3-over 287 in the final round en route to finishing in eighth-place at 1-over-par 853. The Blue and Gold finished five shots ahead of No. 41 Marquette and six shots ahead of No. 45 Northwestern. As a team, ETSU recorded the second-best score on the par-4 scoring (even-par), while its 53 birdies were only behind Vanderbilt and Liberty.

Geuntae Kim (Daegu, South Korea)and Shiso Go (Kanagawa, Japan) both finished tied for 42nd at 3-over-par 216, while Austin Carter (Kingsport, Tenn.) – who carded a 72 on Sunday – and Trevor Hulbert (Orlando, Fla.) both finished tied for 53rd at 6-over-par 219. Hulbert led the Blue and Gold with 13 birdies on the weekend and also registered the second-lowest score on the par-4s (4-under).

The Bucs now turn their attention to the Southern Conference Championship, which begins Sunday, April 21 from Pinehurst No. 9 in Pinehurst, N.C.