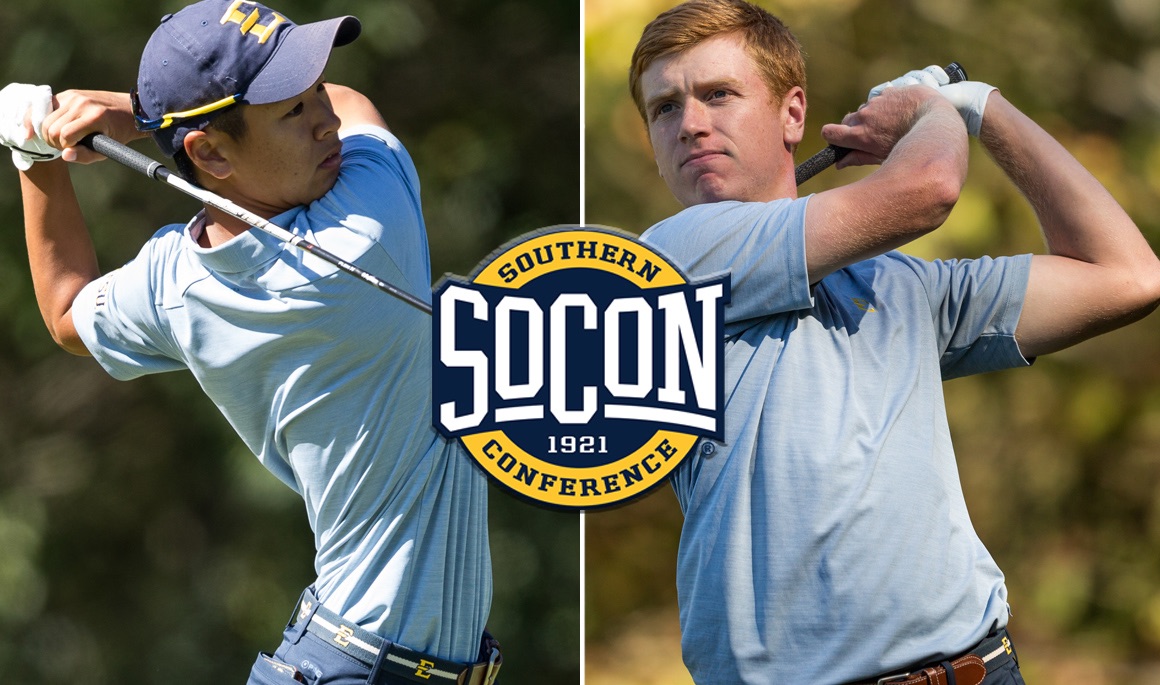 This marks the second straight year Go has earned the accolade, while Rhea – who landed a spot on the all-freshman team last season – collected his first career all-SoCon honor.

Go played in all 11 tournaments for the Blue and Gold en route to tying for the team-lead with a 71.82 stroke average. The Kanagawa, Japan native led the Bucs in a team-best four tournaments, including winning the SoCon Championship with a 54-hole score of 11-under-par 205 – marking his first collegiate win. Go registered 43 pars, 12 birdies and just one bogey on his scorecard to become the 20th Buccaneer in program history to claim a conference championship. Go, who will be representing the Bucs at next month’s NCAA Regional, has turned in 18 rounds of par or better this season, which includes seven in the 60s. The Buccaneer sophomore helped guide ETSU to its first-ever win at the Bank of Tennessee Intercollegiate where he earned runner-up honors as well as tying the single-round record for the second consecutive year with a 9-under-par 63.

Rhea is coming off another strong campaign where he also registered a 71.82 stroke average in 11 tournaments. The Jonesborough, Tenn. native totaled nine top-25 finishes this season with his top placing coming at the Schenkel Invitational where he tied for seventh at 3-under-par 213. Rhea registered 17 rounds of par or better and seven rounds in the 60s, including a season-best 67 in the second round of the Mason Rudolph Championship where he finished tied for 13th. Rhea led the Blue and Gold in three tournaments this season, along with the Mason Rudolph, he also finished tied for 15th at the Louisville Cardinal Challenge and tied for 20th at the Old Town Club Collegiate.

Furman picked up SoCon Player of the Year (Keller Harper) and Freshman of the Year (Jack Crosby), while UNCG’s Terrance Stewart was tabbed Coach of the Year.