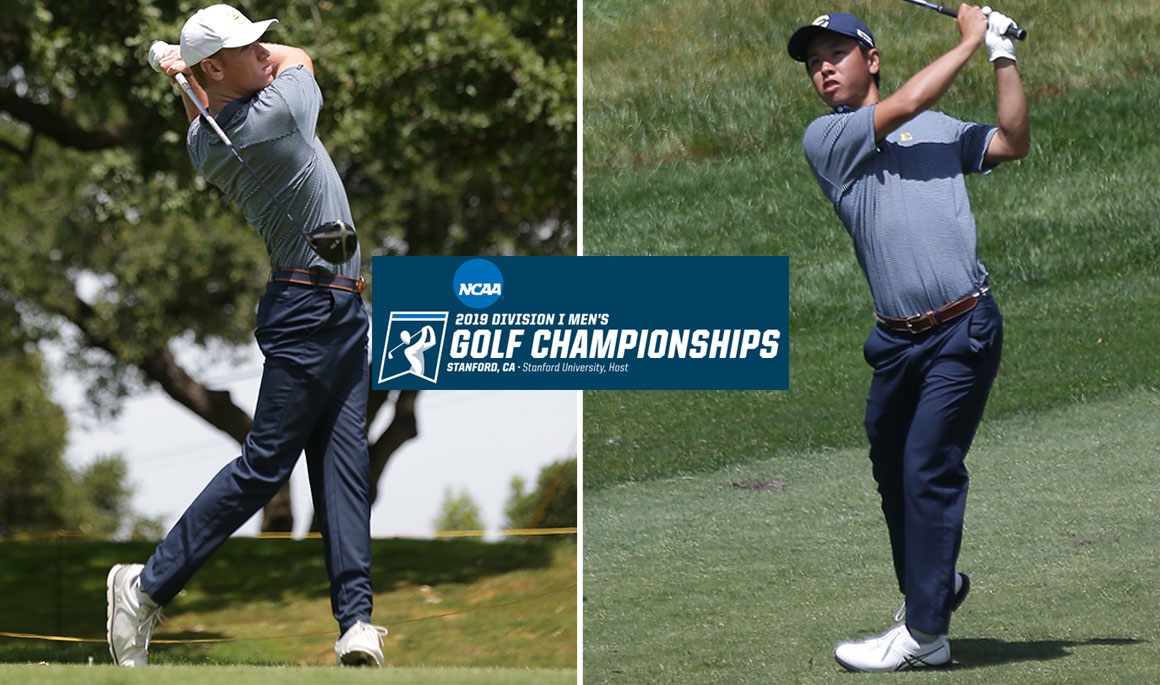 Go, Rhea complete round one of Stanford Regional
Related Links

Go posts 71, Rhea finishes with 72 in opener of NCAA Regional

STANFORD, Calif. (May 13, 2019) -- Playing in their first-ever NCAA Regional, ETSU sophomores Shiso Go (Kanagawa, Japan) and Jack Rhea (Jonesborough, Tenn.) completed play in round one on Monday afternoon from the Stanford Golf Course.

Go started out the day strong as he carded two pars and followed it up with consecutive birdies on No. 3 and No. 4 en route to moving to two-under. The Buccaneer sophomore gave a shot back on the par-4, 429-yard No. 6, but strung together five consecutive pars to remain at one-under through his first 11 holes. However, Go then posted a double-bogey on the par-4, 473-yard No. 12, while going par-birdie, bogey, before ending the round with three straight pars to finish with the 71.

Rhea began his round with three pars and three bogeys, but then collected his third eagle of the season on the par-5, 539-yard No. 7 to get back to one-over for the round. Before making the turn – where the Jonesborough, Tenn. native registered nine consecutive pars on the back nine – Rhea bogeyed the par-4, 365-hard No. 9, which resulted with his 72.

The field is chasing Southern Utah’s Jake Vincent – who is also playing as an individual – as he carded a 6-under-par 64. Vincent holds a two-shot lead over a group of three golfers, while a group of four are three off the pace at 3-under 66.

Tournament host and No. 12 Stanford holds the team lead after day one as the Cardinal finished at 6-under 274 and hold a one-shot lead over UNCG and a four-stroke advantage over Georgia Southern.

The top individual from a non-advancing team will earn a spot in the NCAA Championship, which will be held May 24-29 in Fayetteville, Arkansas.

Live scoring of the regional is available via Golfstat. Recaps from each round will be provided on ETSUBucs.com, while Twitter updates will also be available by following @ETSU_MGolf.