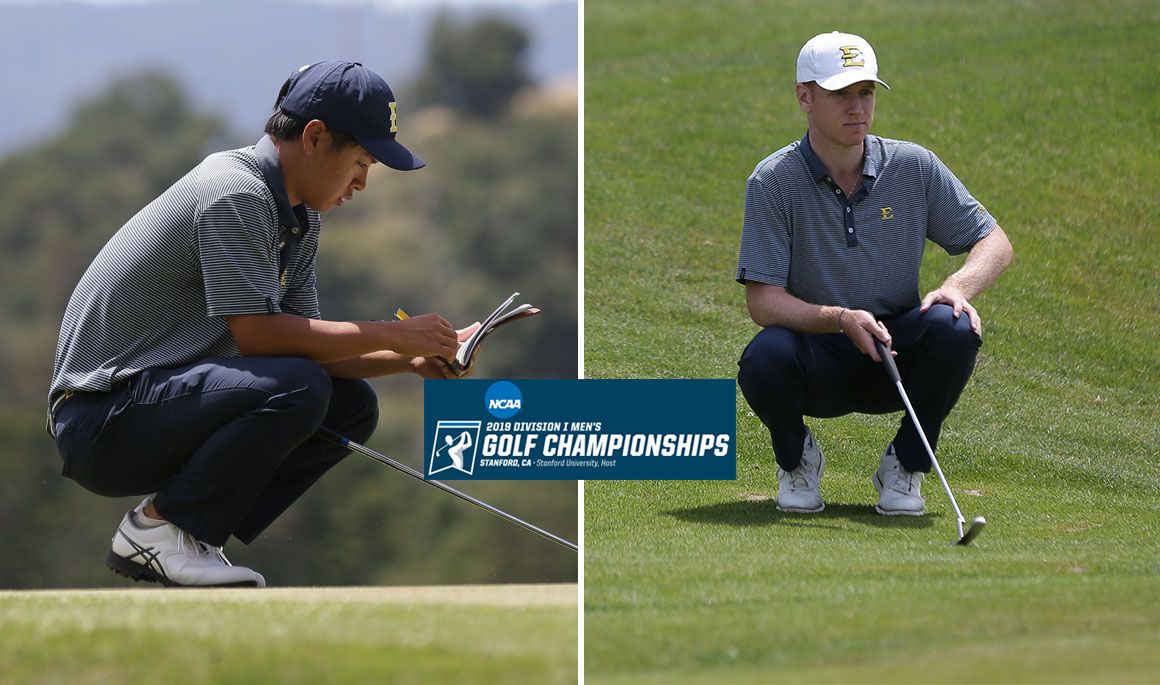 Rhea cards a 70 in round two of Stanford Regional; Go posts a 72
Related Links

STANFORD, Calif. (May 14, 2019) – ETSU sophomore Jack Rhea (Jonesborough, Tenn.) carded an even-par 70, while teammate Shiso Go (Kanagawa, Japan) posted a 2-over 72 in Tuesday’s second round of the Stanford Regional from the Stanford Golf Course.

Rhea, who registered three birdies, 12 pars and three bogeys on the round, moved up nine spots on the leaderboard into a tie for 29th at 2-over-par 142 following 36 holes. The Jonesborough, Tenn. native collected back-to-back birdies on No. 7 and No. 8 to move to one-under on the afternoon, but a bogey on the par-4, 365-yard No. 9 pushed his score back to even-par at the turn. From there, Rhea posted three birdies to start the back nine, while going bogey-par-birdie, before ending the afternoon with three straight pars to finish with the 70.

After playing the first 10 holes at four-over, Go finished the round on a positive note. The Buccaneer sophomore generated two birdies over his final three holes to get finish the back nine at one-under and end the day at 2-over 72. Go will enter Wednesday’s final round in a tie for 34th at 3-over-par 143.

Stanford, the team leader after 36 holes, has three players atop the leaderboard as No. 43 Isaiah Salinda holds the individual lead at 7-under-par 133, while No. 2 Brandon Wu and No. 64 David Snyder are in a three-way tie for second at 5-over-par 135.

The top individual from a non-qualifying team advances to the NCAA Championship, which will be played May 24-29 in Fayetteville, Arkansas. Entering Wednesday’s final round, both Utah’s Kyler Dunkle and LSU’s Philip Barbaree hold that spot as they are tied for fifth at 4-under-par 136.

Live scoring of the regional is available via Golfstat. Recaps from each round will be provided on ETSUBucs.com, while Twitter updates will also be available by following @ETSU_MGolf.