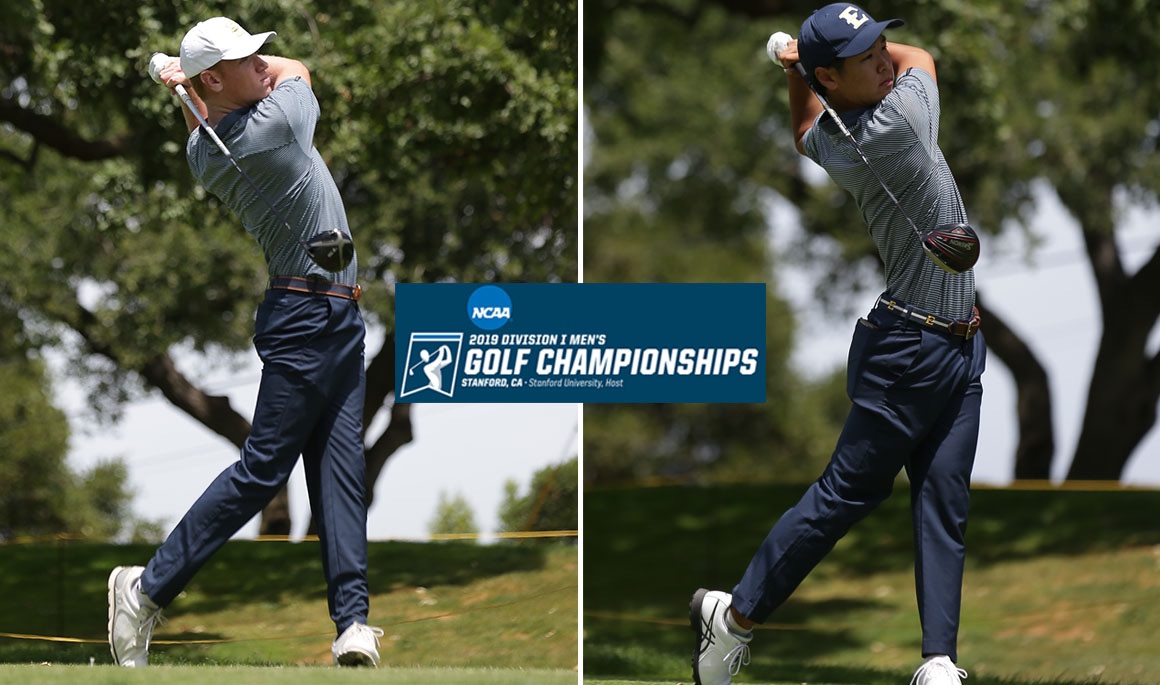 STANFORD, Calif. (May 15, 2019) -- ETSU sophomores Jack Rhea (Jonesborough, Tenn.) and Shiso Go (Kanagawa, Japan) concluded their season as the final round of the Stanford Regional came to an end on Wednesday afternoon from the Stanford Golf Course.

The Buccaneer duo, who were making their first NCAA Regional appearance, capped off solid seasons, which included both earning all-Southern Conference honors. Rhea finished the 54-hole tournament tied for 33rd, while Go finished tied for 65th.

Rhea exploded out of the gates on Wednesday, as he birdied his first three holes and moved to one-under for the tournament. Following a par on No. 3, Rhea went bogey, double-bogey, birdie, before finishing the front nine with back-to-back pars to sit at one-under on the day. Rhea then carded three straight pars to open play on the back nine; however, the Buccaneer sophomore bogeyed three of his next four holes en route to posting a 72. Overall, Rhea – who registered nine top-25 finishes this season – ended the tournament at 4-over-par 214 (72-70-72).

Following his first two rounds where he was hovering around par, Go shot a 9-over 79 on Wednesday to finish the regional at 12-over-par 222 (71-72-79). For the tournament, Go collected 33 pars and seven birdies.

Stanford’s Isaiah Salinda earned medalist honors as he finished at 10-over-par 200, while Utah’s Kyler Dunkle – playing as an individual – advanced to the NCAA Championship after posting a 6-under-par 204.

Stanford, the tournament host, won the regional as the No. 12 Cardinal finished at 23-under-par 817, while No. 2 Arizona State and No. 26 North Carolina finished tied for second at 11-under-par 829. Georgia Southern (-6) and No. 14 LSU (+2) capped off the top-five teams to advance to the NCAA Championship.

The NCAA Championship is held May 24-29 in Fayetteville, Arkansas.

For more on ETSU men’s golf, visit ETSUBucs.com and click on the men’s golf link.