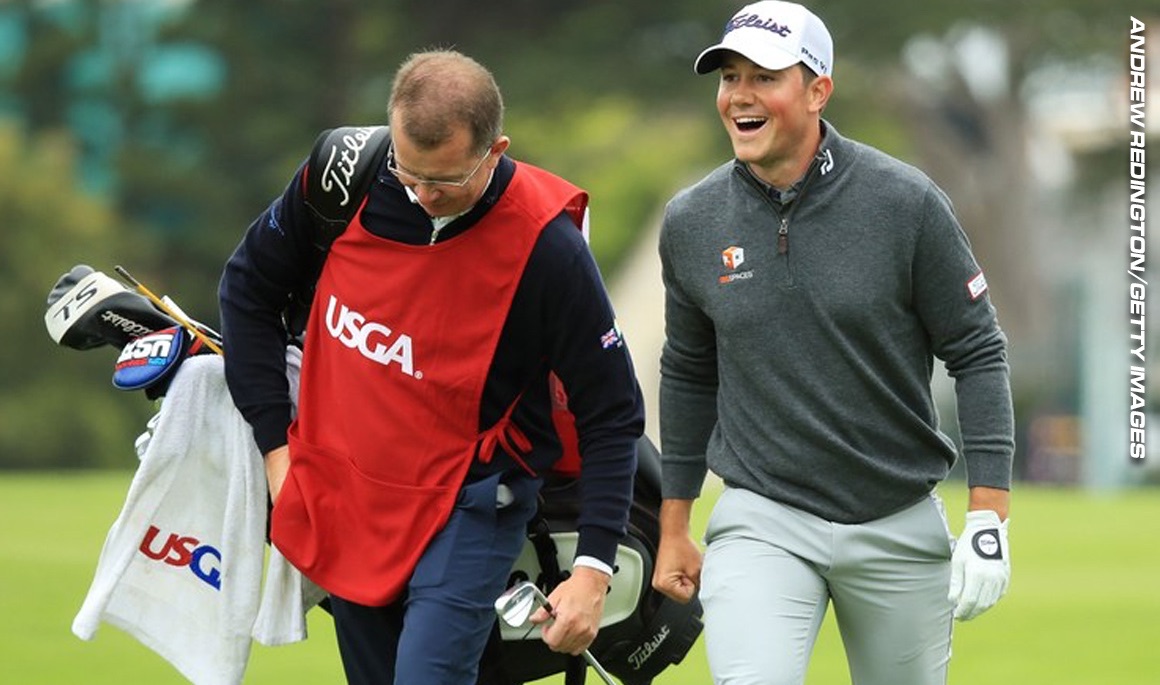 Rhys Enoch and his caddie, Martyn Thompson, talk on the tenth hole during the third round of the 2019 U.S. Open (Andrew Redington/Getty Images).
Enoch posts a 71 in third round of U.S. Open
Related Links

Enoch birdied three straight holes from No. 4-6 to get to two-under early in Saturday’s third round, but ended up recording three bogeys over a seven-hole stretch on the back nine before a birdie on the par-3, 17th moved him back to a respectable even-par on the day.

Enoch is paired with two-time major champion Martin Kaymer (2014 U.S Open and 2010 PGA Championship) in Sunday’s final round and tees off at 1:50 p.m. EDT. FOX begins its television coverage at Noon Eastern.

Gary Woodland holds a one-shot lead over Justin Rose heading into the final round at 11-under-par 202.