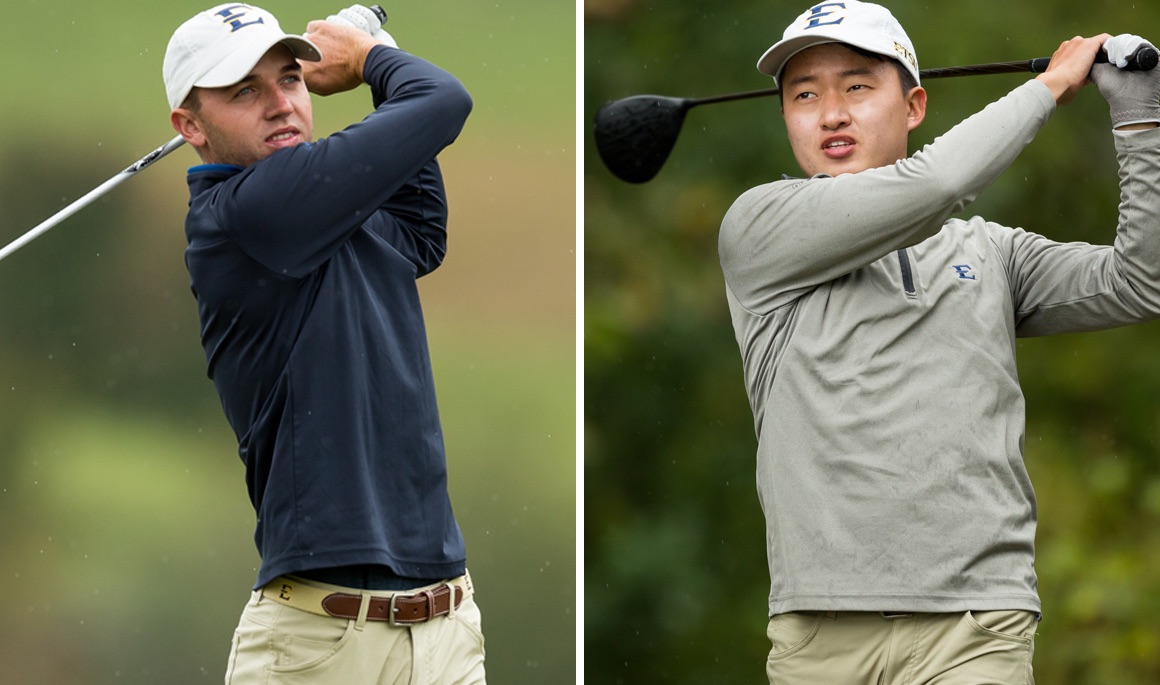 Kim and Hulbert are among a record-setting group of 540 golfers to receive the honor, which included 269 players from the Division I level.

This marks the second straight year Kim has received the honor as he registered a 3.975 cumulative GPA while majoring in General Management. Kim played in all 11 tournaments for the Blue and Gold this past season en route to posting a 72.79 stroke average. The 2017 Southern Conference medalist posted two top-10 finishes this season, including a 10th-place showing at the Bank of Tennessee Intercollegiate where the Bucs captured their first home tournament win in the 21-year history of the event. Kim also turned in a 10th-place finish at the Schenkel Invitational to help direct ETSU to a runner-up finish. Overall, Kim turned in six rounds in the 60s, including a season-best 67 in the second round of the Bank  of Tennessee Intercollegiate.

Like Kim, Hulbert also played in all 11 tournaments for the Blue and Gold and finished with a 72.94 scoring average. The Orlando, Fla. native, who has generated a 3.705 GPA while majoring in Exercise Science, turned in four top-20 finishes in 2018-19, which included a tie for fourth at the SoCon Championships. Hulbert also finished tied for 10th at the Schenkel Invitational, tied for 12th at the Bank of Tennessee Intercollegiate and tied for 19th at The Prestige. The Buccaneer redshirt junior totaled 14 rounds of par or better and six rounds in the 60s – his season-low being a 66 in the opening round of the Bank of Tennessee Intercollegiate.

To be eligible for Srixon/Cleveland Golf All-America Scholar status an individual must be a junior or senior academically in Division I, II, III, and NAIA, or receiving their Associate’s Degree and in their last year of athletic eligibility in the NJCAA. In addition, they participate in 50-percent of his team’s competitive rounds, have a stroke-average under 76.0 in Division I, 78.0 in Division II, 78.0 in NAIA and 79.0 in Division III, 77.0 in NJCAA, and maintain a minimum cumulative career grade-point average of 3.2. A recipient must also be of high moral character and be in good standing at his college or university.