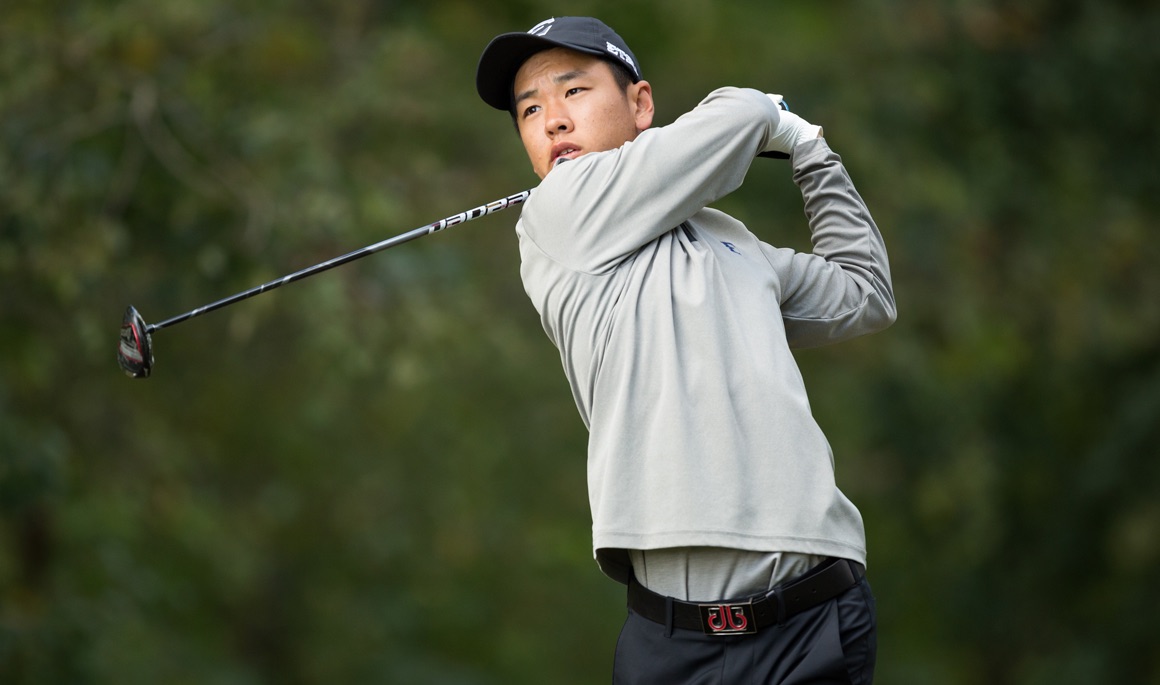 Rhea and Go both sit inside the top-20, positioned in a tie for 14th after carding a 1-over-par round of 73 through the first 18 holes. The Bucs are currently sitting 10th out of 15 teams with a score of 14-over-par 302. Go posted the first eagle of the season for the Bucs on his third hole of the day, moving to 1-under-par at the time. Go finished +2 over the next six holes, making the turn at 1-over-par before shooting even par on the back nine, including finishing with back-to-back birdies. Rhea turned in a similar round of 1-over-par 37 on the front nine, followed by an even-par 36 on the closing nine holes. Rhea finished round one with three birdies and two bogeys.

South Carolina’s Jamie Wilson and Georgia Tech’s Luke Schniederjans sit atop the individual leadership at 4-under-par (68), holding two-stroke leads over four golfers including a pair from North Florida. Wilson finished the round with seven birdies and three bogeys, while Schniederjans had a more active round with one eagle, six birdies, two bogeys and a double bogey.

Georgia Tech holds the top slot on the team leaderboard at 4-under-par 284. The host Yellow Jackets are the lone team inside the red figures, six strokes ahead of North Florida (+2) and eight strokes above Clemson (+4). Although they are sitting in 10th, the Bucs are ahead of SEC foes Florida (+15) and Tennessee (+16), as well as SoCon rival Chattanooga (+18), Virginia (+22) and Kennesaw State (+27).

The remaining two scores that counted for the Bucs were Trevor Hulbert (Orlando, Fla.) and Archie Davies (Carlisle, England), both posting a 6-over-par 78. Hulbert finished with four bogeys and one double bogey, while Davies finished with one birdie, three bogeys and two double bogeys in his collegiate debut.

The Bucs will return to action for round two tomorrow beginning with Samuel Espinosa (Pedrena, Spain) teeing off at 9:24 a.m. The next four Buccaneers will tee off in intervals of 12 minutes. ETSU will be paired with Florida and Tennessee for round two.

Fans can follow live scoring of the tournament provided via Golfstat.